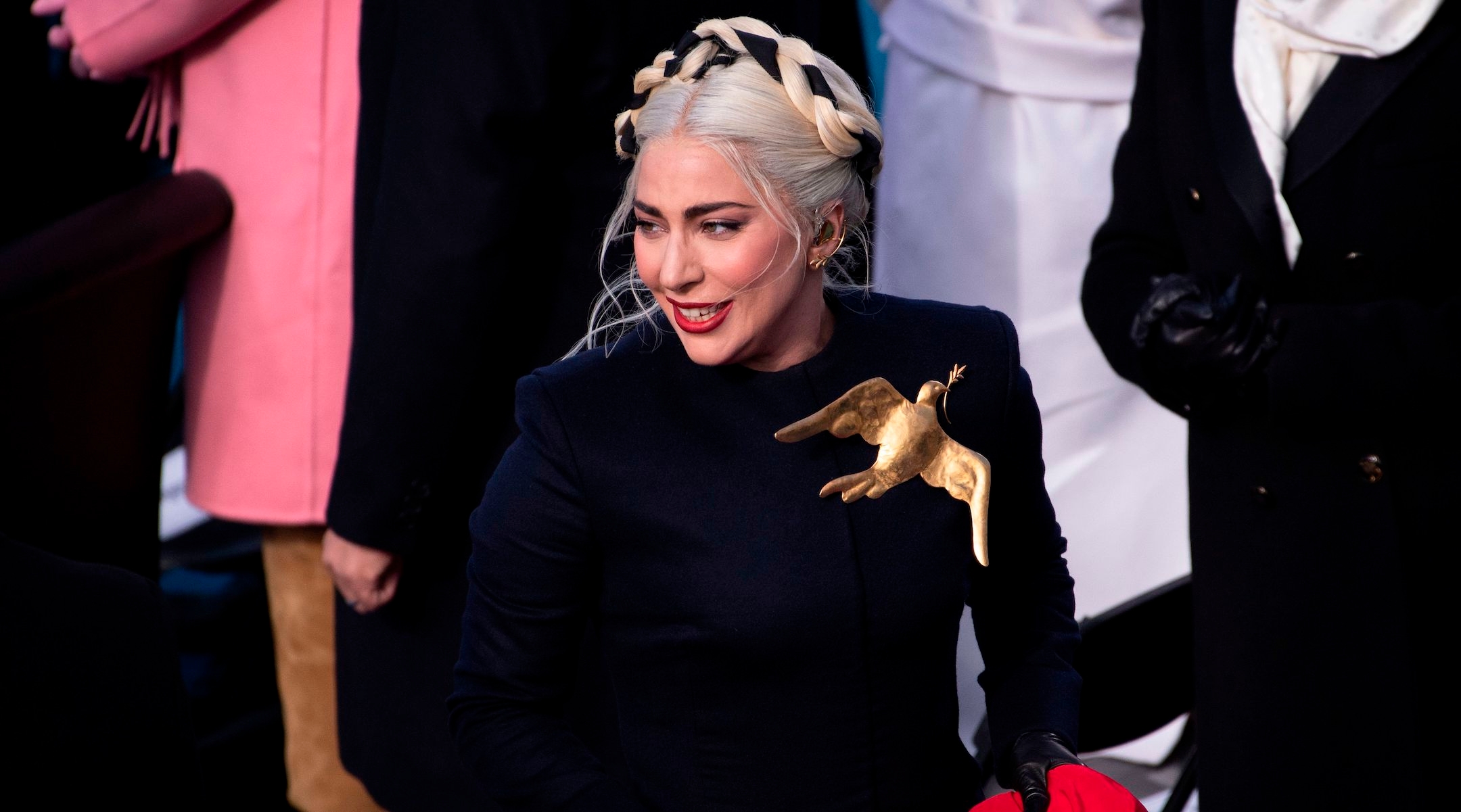 Lady Gaga departs from a podium after singing the national anthem during the presidential inauguration ceremony, Jan. 20, 2021. (Caroline Brehman/Pool/AFP via Getty Images)
Advertisement

(JTA) — It was a big day for Joe Biden and Kamala Harris, who were sworn into their offices at the presidential inauguration ceremony. But it was also quietly a big day for Jewish fashion. 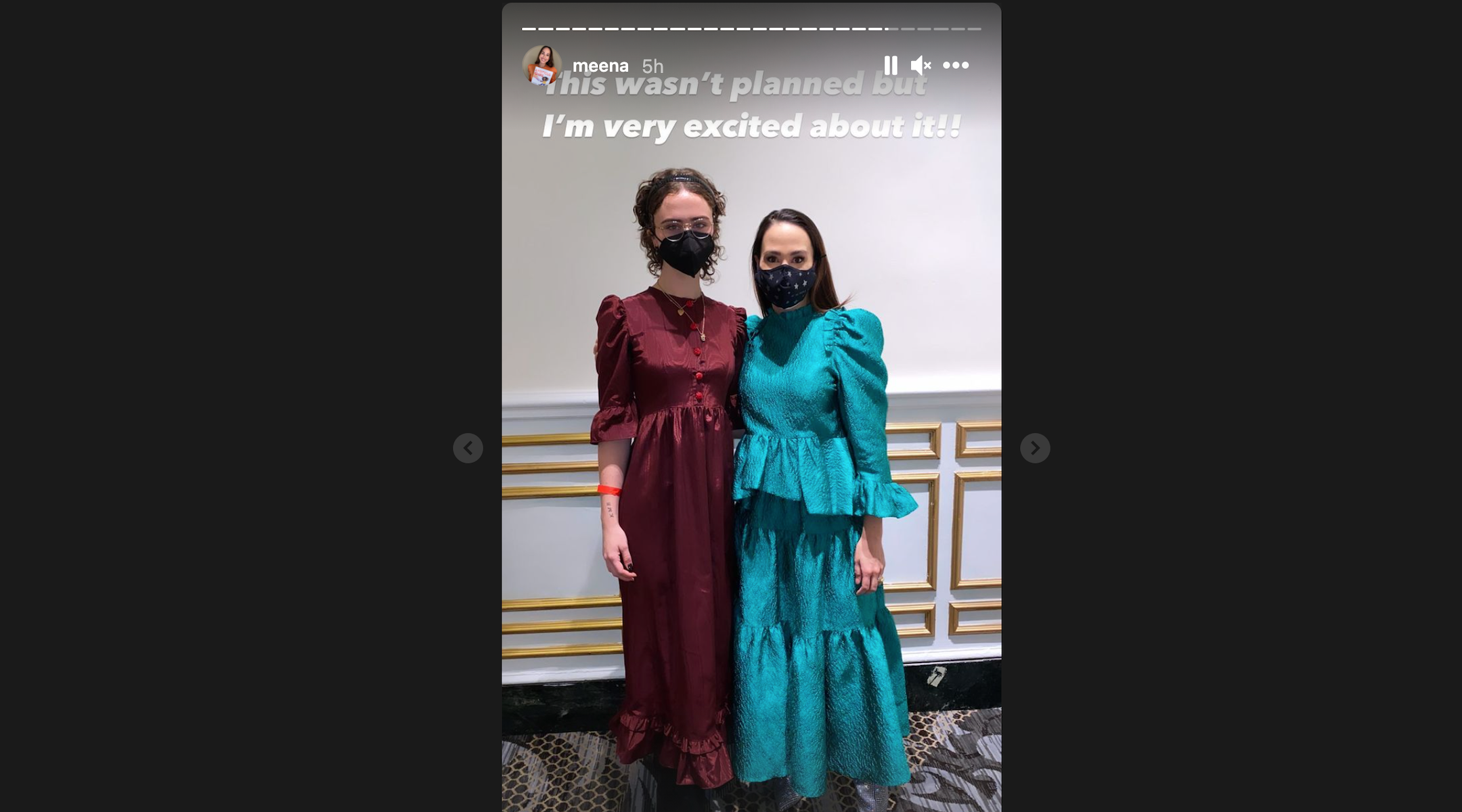 Hay, known in the fashion world by her first name, posted on Instagram that Emhoff wore her “burgundy moiré dress” to the festivities.

Kamala Harris’ niece Meena wore a similarly styled dress, and the two posed together — but Batsheva pointed out that she didn’t know who had designed Meena’s frock.

Batsheva, whose dresses have been worn by celebrities such as Sarah Jessica Parker, is known for blending Orthodox modesty rules into high fashion.

Jewish Sen. Bernie Sanders also made a bit of fashion news on Wednesday for a different piece of clothing: his mittens.

The pose. The mittens. The social distance. pic.twitter.com/kwHH7AzZY8

As our sister site Alma noted, fans of the progressive lawmaker kvelled on Twitter over the homemade gloves, which were gifted to him by a schoolteacher in his state of Vermont. As the teacher, Jen Ellis, wrote on Twitter, they are made of wool from repurposed sweaters and lined with fleece made from recycled water bottles.

I made Bernie’s mittens as a gift a couple years ago. They are made from repurposed wool sweaters and lined with fleece (made from recycled plastic bottles). #BerniesMittens pic.twitter.com/lTXFJvVy9V

when you're at a shiva for a guy you didn't like pic.twitter.com/Qy5vOQdiqM

Me swinging by my Dad's shul for my annual visit on my Zaida's yahrzeit, forced to sit upstairs *and* behind a mechitzah pic.twitter.com/8VGidmufJI

Lady Gaga, as should be expected, made the headlines with her wardrobe choice (not for the first time). Jewish viewers might also have had their eyes drawn to the massive dove pin that the pop star wore during her performance of the National Anthem. The singer explained on Twitter that the dove, which held an olive branch in its mouth, was meant to symbolize peace. “May we all make peace with each other,” she wrote.

A dove bearing an olive branch reflects the Biblical story of Noah, who sent a bird from his ark to test whether the floodwaters had receded. When the dove returned bearing a branch, he knew it was safe to begin rebuilding life on Earth.

That meaning may hold appeal for supporters of the new president, who spoke of rebuilding a sense of national unity in his inaugural address. The dove is also an enduring symbol of Israel, appearing on stamps and posters since the country’s founding.