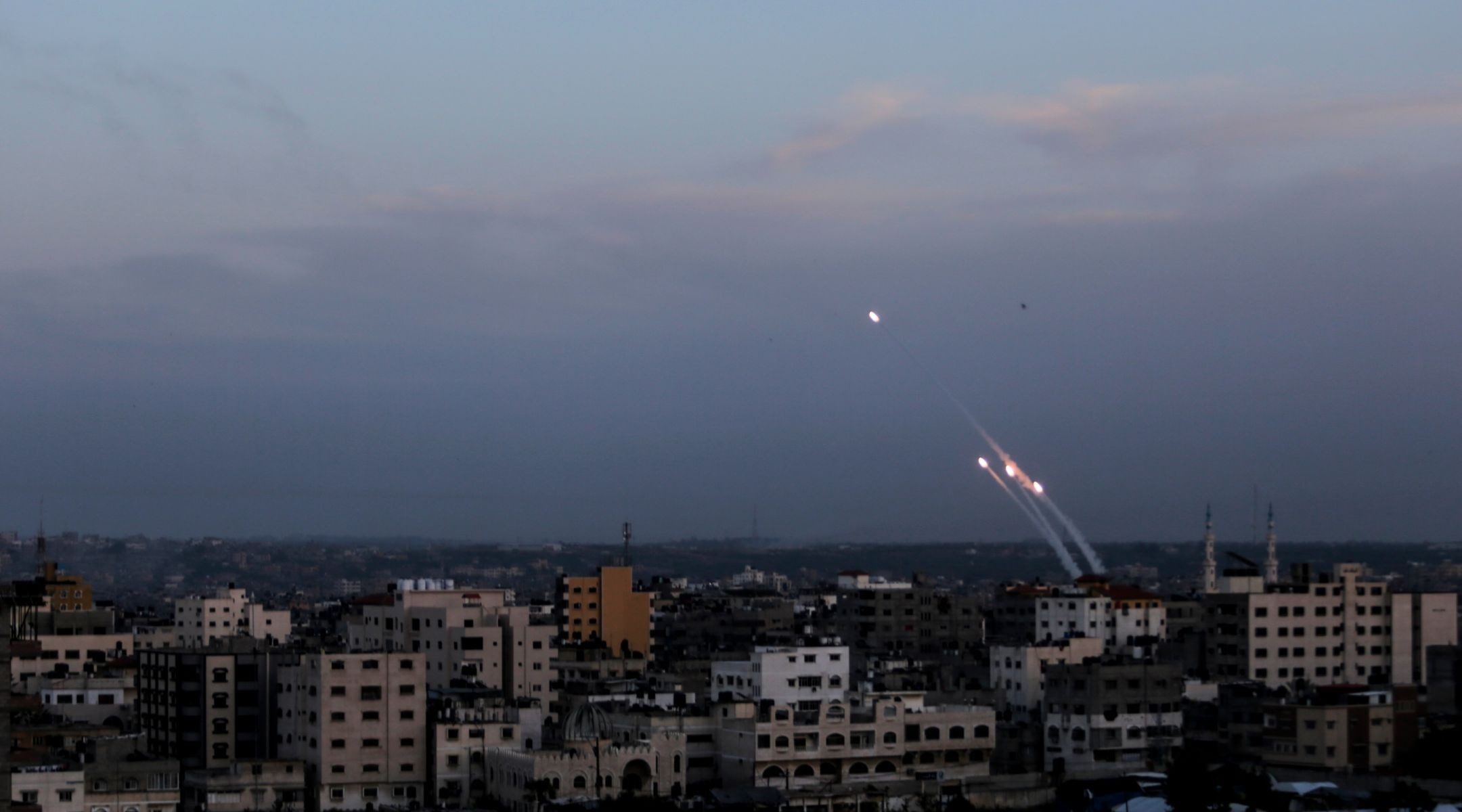 JERUSALEM (JTA) — Three rockets were fired from Gaza at southern Israel, the fourth such attack in the last two weeks.

Two of the rockets fired on Sunday night were intercepted by the Iron Dome missile defense system, according to the Israel Defense Forces.

A third rocket landed next to a highway in southern Israel sparking a small fire, according to reports.

No injuries or damage were reported.

Thousands of residents of Sderot and surrounding smaller communities ran for bomb shelters. A large annual concert that was on stage in Sderot at the time of the attack was cut short.