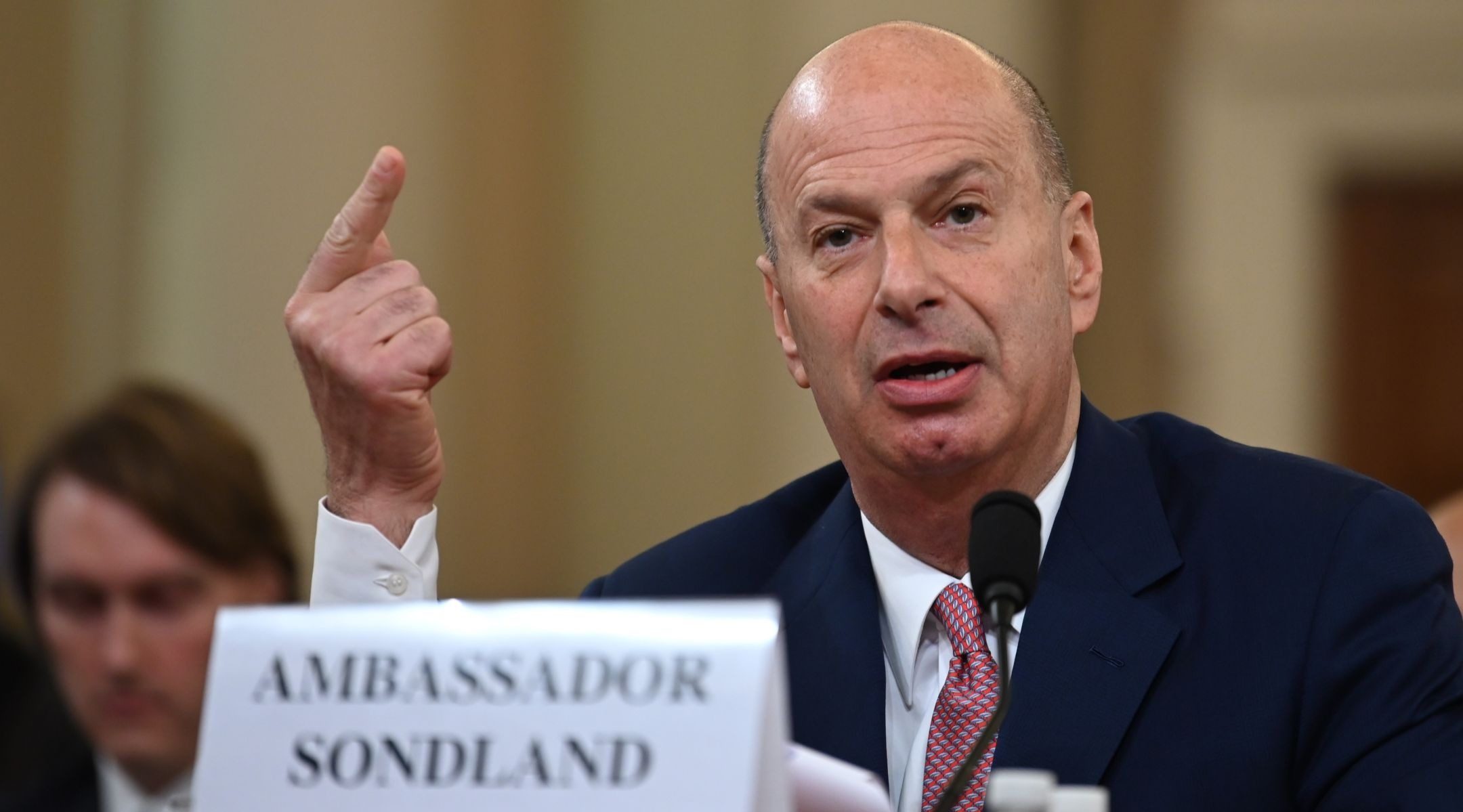 The women said that Sondland retaliated against them professionally after they rejected his alleged sexual advances, reported the Portland Monthly, in conjunction with the nonprofit investigative newsroom Pro-Publica. The incidents occurred between 2003 and 2010.

Sondland, the envoy to the European Union, denies the allegations. His lawyer told the publication that the women are trying to ruin his credibility in the impeachment inquiry. He also said that Sondland had rejected each of the business proposals, indicating that might be the source of their allegations.

“In decades of my career in business and civic affairs, my conduct can be affirmed by hundreds of employees and colleagues with whom I have worked in countless circumstances,” Sondland said in a statement. “These untrue claims of unwanted touching and kissing are concocted and, I believe, coordinated for political purposes. They have no basis in fact, and I categorically deny them.”

All of the women are named in the article. Nicole Vogel, owner of the Portland Monthly, involved Pro-Public so it would investigate her claims independently and was not involved in any editorial decisions regarding the article.

In his initial impeachment testimony in October, Sondland affirmed Trump’s assertion that there was no quid pro quo involving U.S. military aid to Ukraine involving an investigation of former vice president Joe Biden and his son. Earlier this month he changed his testimony to say that he was following the president’s orders in demanding that Ukraine investigate Biden, his political rival, before Trump would agree to a White House summit with Ukrainian President Volodymyr Zelensky.