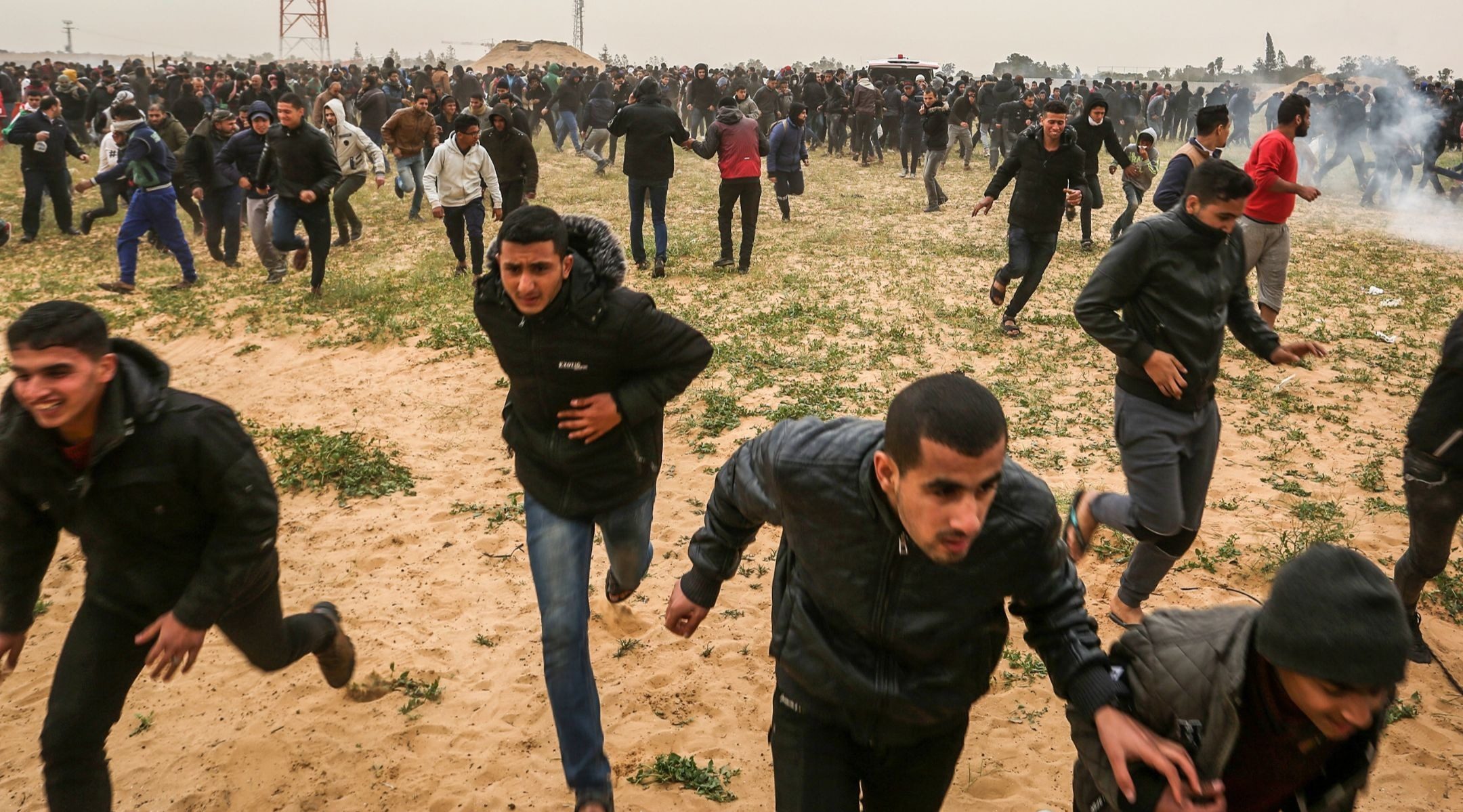 Palestinian protesters take part in a demonstration marking the one-year anniversary of the March of Return near the Israel-Gaza border, March 30, 2019. (Abed Rahim Khatib/Flash90)
Advertisement

JERUSALEM (JTA) — Three Palestinian teens were reported killed during violent protests at the Gaza border by some 40,000 protesters marking the one-year anniversary of the Great March of Return.

Israeli military leaders praised Hamas, which controls the Gaza Strip, for actively working to control the demonstrations on Saturday.

Following the protests, five rockets were fired from Gaza at southern Israel after midnight on Sunday morning. There were no reports of injuries or damage from the rocket fire. Israeli military jets responded by striking Hamas targets in Gaza.

While the Israel Defense Forces holds Hamas responsible for all terror activities in Gaza, Israeli officials reportedly believe the rockets were launched by Islamic Jihad, which is backed by Iran.

Despite the rocket attacks, Israel on Sunday morning reopened the Erez and Kerem Shalom crossings between Israel and Gaza, which had been closed since Monday when a rocket fired from Gaza struck a home in central Israel, injuring seven.

Egyptian mediators reportedly continued to attempt to broker a long-term cease-fire agreement between Israel and Hamas. The tamped-down violence at the border on Saturday and the reopening of the crossings on Sunday are reported to be part of the informal deal.

Hamas officials, reportedly dressed in orange vests, worked actively to prevent the demonstrators from rushing to the border and trying to break through the security fence on Saturday, according to the IDF.

“Throughout the past year there has been no such restraint on the part of Hamas,” the IDF said in praising the Hamas actions.

The IDF said its soldiers used riot-dispersal methods as well as live fire in accordance with regulations, according to a statement.

Israeli soldiers on Saturday morning detained two 8-year-old Palestinians who crossed through the security fence into Israel carrying a knife. The boys were returned home through the Erez crossing.

These 8 year old children were forced to cross into Israel with a knife. We returned them safely to Gaza. pic.twitter.com/IWRYjWWUnZ