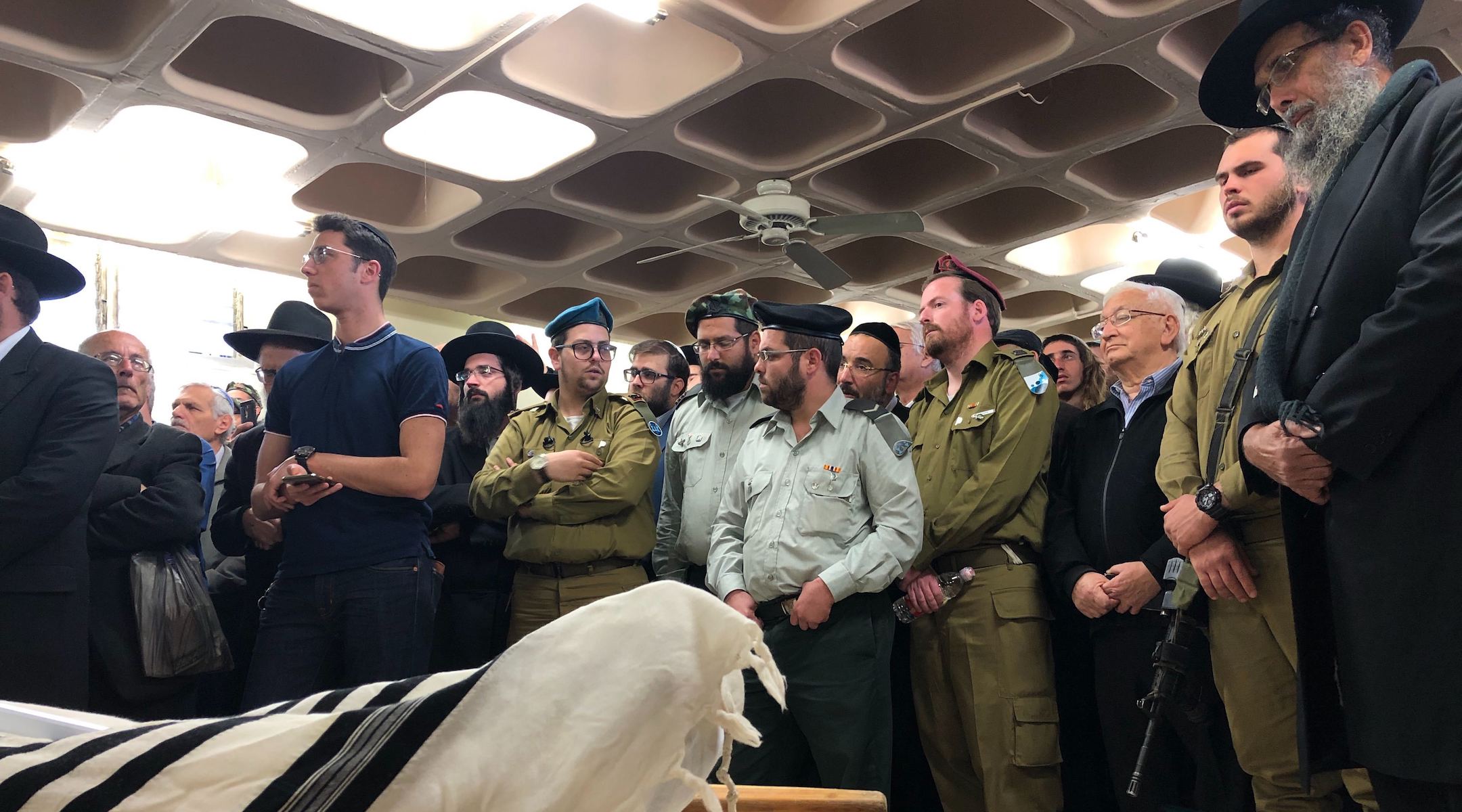 JERUSALEM (JTA) — Five Israeli soldiers, including an officer, were arrested for allegedly beating two Palestinian terror suspects in what may have been revenge for the killing of two comrades from their unit.

The soldiers are members of the Kfir Brigade’s Netzah Yehuda infantry battalion for religious soldiers.

The Palestinian men were arrested near Ramallah while Israeli troops sought to locate the shooter who fired on a bus stop outside the West Bank settlement of Givat Asaf. Two soldiers from the unit were killed in the attack and another soldier from the unit, a dual Israeli and American citizen, was seriously injured, as was a female civilian.

The soldiers were arrested on suspicion of beating the Palestinian suspects out of revenge for the deaths and injuries.

One of the detained Palestinians required medical attention and could not be questioned, Haaretz reported.