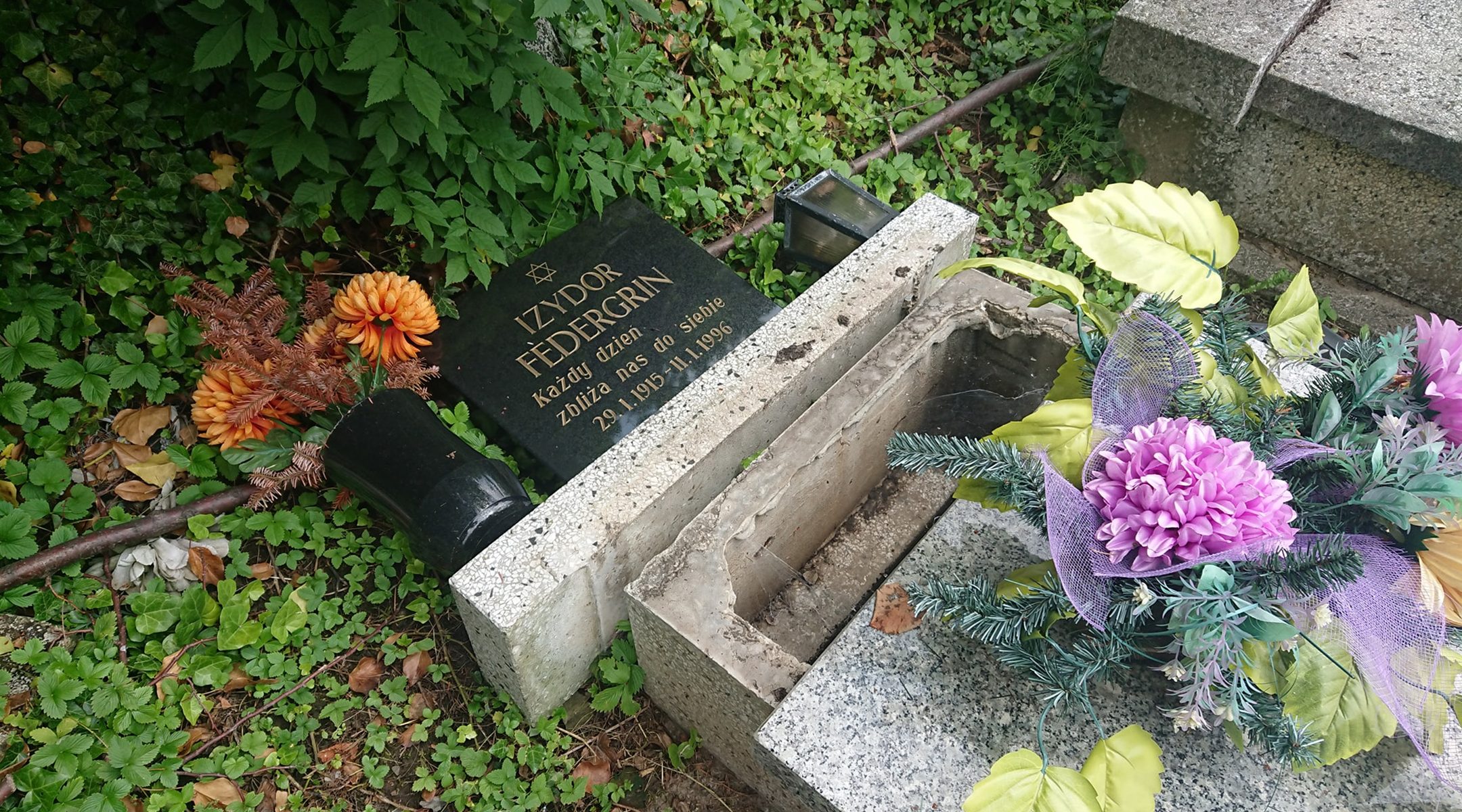 (JTA) — Dozens of headstones were knocked down, with several destroyed, at a Jewish cemetery in Poland.

The incident, the third of its kind since 2015, happened on Saturday and left 67 graves desecrated in Bielsko-Biała, in southern Poland, according to the Zrzutka news site. Police have been notified and are investigating the incident. There are no suspects.

The Bielsko-Biala cemetery was founded in the first half of the 19th century and is still in use. Four Muslims who died during World War I  also are buried there.

In June 2000, a commemorative plaque was unveiled in the cemetery in honor of Bielsko-Biała Jews who died fighting for the Polish army in World War II.

Two incidents of vandalism were documented at the cemetery in 2015.

Last week in Poland, several children toppled 63 headstones of Jewish graves in Wroclaw because they wanted to use the slabs to build a fortress, they told police. The five 12-year-olds had been working on the project for several days at the disused graveyard in the western part of the country.