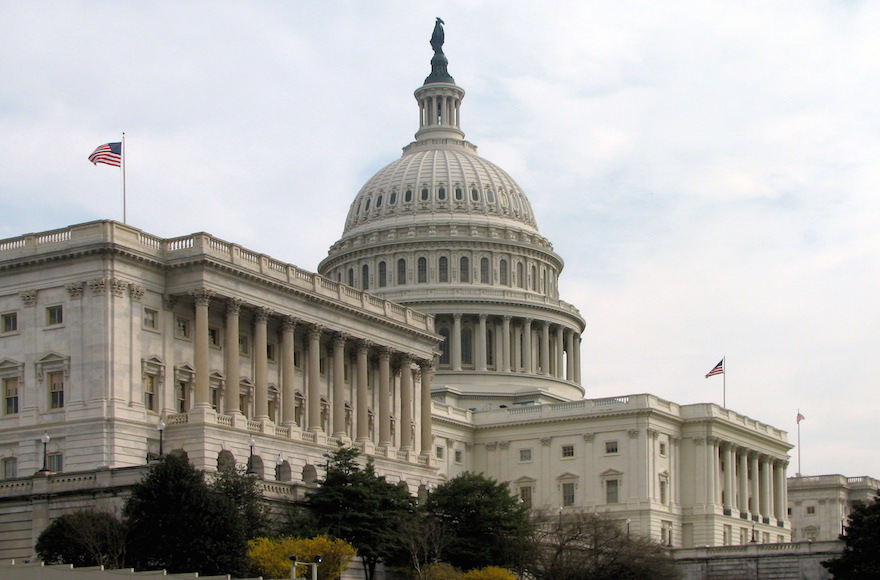 The Senate's side of the U.S. Capitol (Wikimedia Commons)
Advertisement

WARSAW, Poland (JTA) — A letter signed by 88 U.S. senators, including those running for president, calls on Secretary of State Mike Pompeo to take urgent action on the restitution of the property of Holocaust victims left in Poland.

The letter notes that survivors and the their families have “found it nearly impossible” to reclaim or seek
compensation for property nationalized in Poland after World War II, and urges restitution legislation in Poland.

The bipartisan letter was spearheaded by two senators — Tammy Baldwin, D-Wisconsin, and Marco Rubio, R-Florida. Rubio also is responsible for work on S.447, called Justice for Uncompensated Survivors Today, or JUST, which was approved by Congress one year ago.

“Now is the time, while the last Holocaust survivors are still alive, to back up our words with meaningful action.  We encourage you to pursue bold initiatives to help Poland to resolve this issue as quickly as possible,” wrote the senators in the letter.

Gideon Taylor, chair of operations at the World Jewish Restitution Organization, said that survivors of the Holocaust, Jews and non-Jews, “have waited too long for Poland to pass legislation to address property first taken by the Nazis and then nationalized by the Polish Communist regime.”

In February, Pompeo called on the Polish authorities to adopt a law allowing the restitution of private property taken away from Jews during the war.

Polish Prime Minister Mateusz Morawiecki responded in an interview with the Polish Press Agency that  expectations that “Poland should make amends for German crimes are based on a fundamental misunderstanding.”

At present, Polish law on restitution only deals with the property of pre-war Jewish communities, which is granted to the Union of Jewish Communities in Poland. Individuals can apply for property or compensation in private lawsuits.

President Donald Trump will visit Poland at the beginning of September to take part in the commemorations of the 80th anniversary of the outbreak of World War II.