A 19th-century synagogue in Romania is now a restaurant 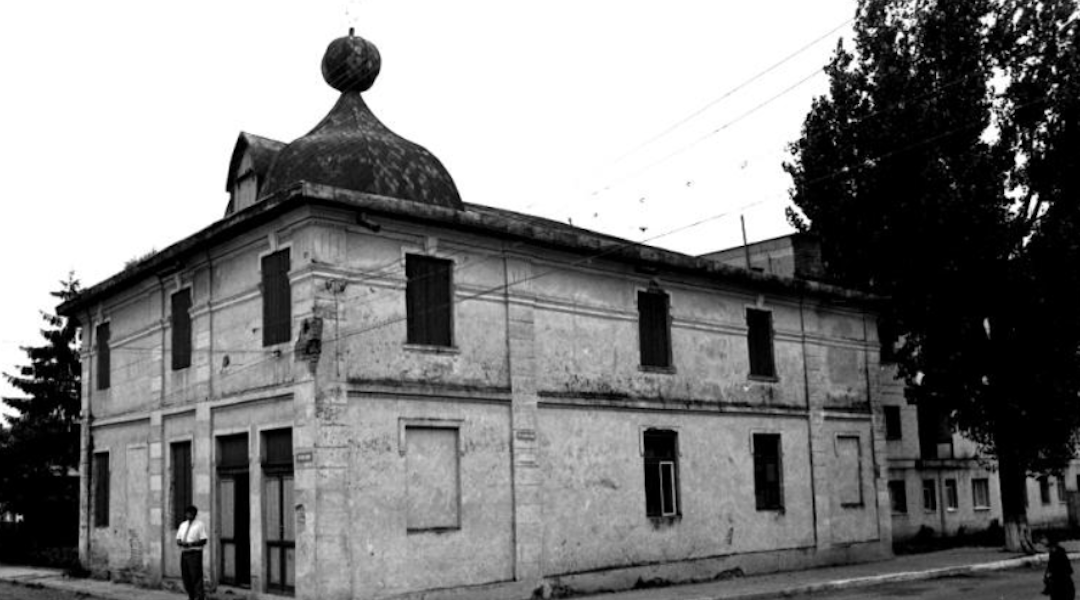 The synagogue in Săveni, Romania in 1996. (Dmitry Vilensky/Center for Jewish Art)
Advertisement

(JTA) — A building that used to house a 19th-century synagogue in northern Romania was sold off and turned into a restaurant.

The transformation happened sometime after 2013, when the dilapidated building that used to house the Great Synagogue of Săveni was put on sale, Jewish Heritage Europe reported Tuesday.

Earlier this month, a unique former synagogue in Belarus from the 19th century was auctioned off for a little over $6,000, but remained unsold as no one met the minimum price.

The building in Porazava, a village located about 120 miles southwest of the Belarusian capital of Minsk, is the only one still intact in Belarus that is made mostly from rubble stone, according to the Tut.by news site.

Last year, the Foundation for Jewish Heritage unveiled a groundbreaking mapping project that cataloged 3,348 existing buildings that either used to function or still function as a synagogue. Of those, only 767 still function as synagogues. Before the Holocaust, Europe had more than 17,000 synagogues.