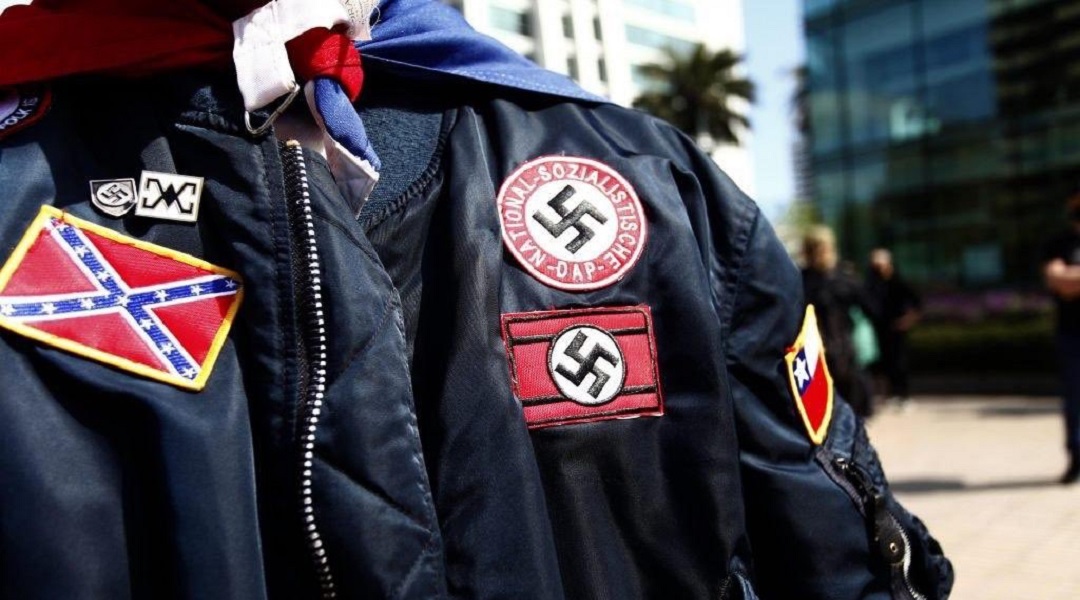 RIO DE JANEIRO (JTA) — A march on Saturday against the movement for a new constitution in Chile contained Nazi and anti-Semitic symbols, slogans and gestures.

Some protesters at the march in Las Condes, a municipality located in Chile’s Santiago province, wore Nazi symbols and made Hitler salutes. Others flew flags with swastikas and shirts with the initials ATP, short for “Aun Tenemos Patria,” or “We still have a homeland.” It’s a slogan used by the nationalist anti-immigration ATP movement, whose slogan is “Chile for Chileans.” The movement states that it is “openly anti-globalist and against progressivism and its political correctness.”

Since last year, Chile, which has one of the highest rates of income inequality in the western hemisphere, has been rocked by protests calling for a new constitution. Critics of the government say that leftover rules in place from the period of autocratic rule under Augusto Pinochet hamper social change.

Israel’s Ambassador to Chile Marina Rosenberg and other Jewish organizations followed suit in condemning the march.

“Enough! Basta! It is shameful that a rally against reforming the Chilean constitution included Nazi salutes and anti-Israel signs. The Chilean government must do more to fight antisemitism and all forms of hate,” tweeted the American Jewish Committee.

Protesters expressed anti-Israel sentiment at the march as well. According to Comunidad Judia de Chile President Gerardo Gorodischer, there are nearly 500,000 Palestinians and their descendants in Chile. The overwhelming majority are Christian and have immigrated from West Bank villages.