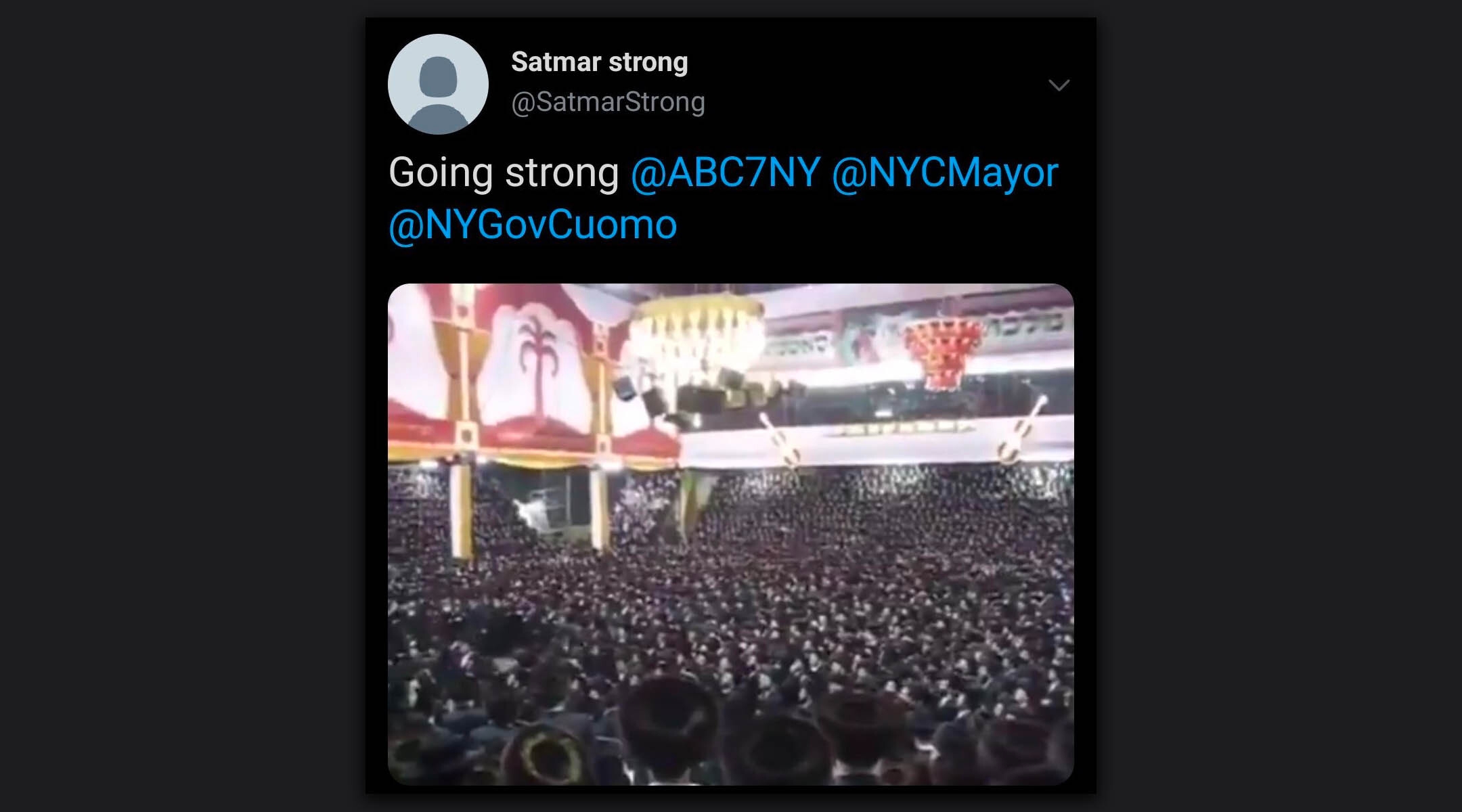 (JTA) — Reports of a large wedding planned for Monday in the Satmar Hasidic community in Williamsburg, Brooklyn, were met with fury over the weekend. New York Gov. Andrew Cuomo even issued a special order blocking the event at which 10,000 guests were expected, which was later curtailed to include family only.

So when a Twitter account with the handle @SatmarStrong posted a video of a large wedding with thousands of people not wearing masks, it quickly racked up thousands of views and dozens of retweets. Except it wasn’t real.

The video was taken at the wedding of Satmar Grand Rabbi Zalman Teitelbaum’s grandson in 2006, according to Abby Stein, a transgender activist, and Meyer Labin, a writer and translator. Both were at the wedding, they said, and called out the tweet for spreading disinformation.

Btw, @SatmarStrong – do you have more videos from that 2006 wedding? Would love to see the part of my grandfather singing before he danced Mitzvah Tantz at that wedding… I was standing right behind him 😜

The @SatmarStrong Twitter account was created this month and had only 19 followers as of Tuesday. Multiple users said they would report the tweet for containing lies, and it was later deleted. The account has no other tweets.

The tweet, and the suggestion that Orthodox Jews were continuing to flout public health recommendations during the pandemic, also struck a nerve with Orthodox Jews who feel targeted because of upticks in COVID-19 cases in several Orthodox neighborhoods in New York City.

Incidents of assaults and verbal attacks on Orthodox Jews have increased in recent weeks as some blamed Orthodox Jews for the city’s increasing case numbers. A video that went viral on social media showing a man yelling at an Orthodox man, who was walking and talking on a cellphone without wearing a mask but far from other people, to put his mask on.

Lies run half way around the world before truth gets it’s pants on. https://t.co/MGiEAMG0v3