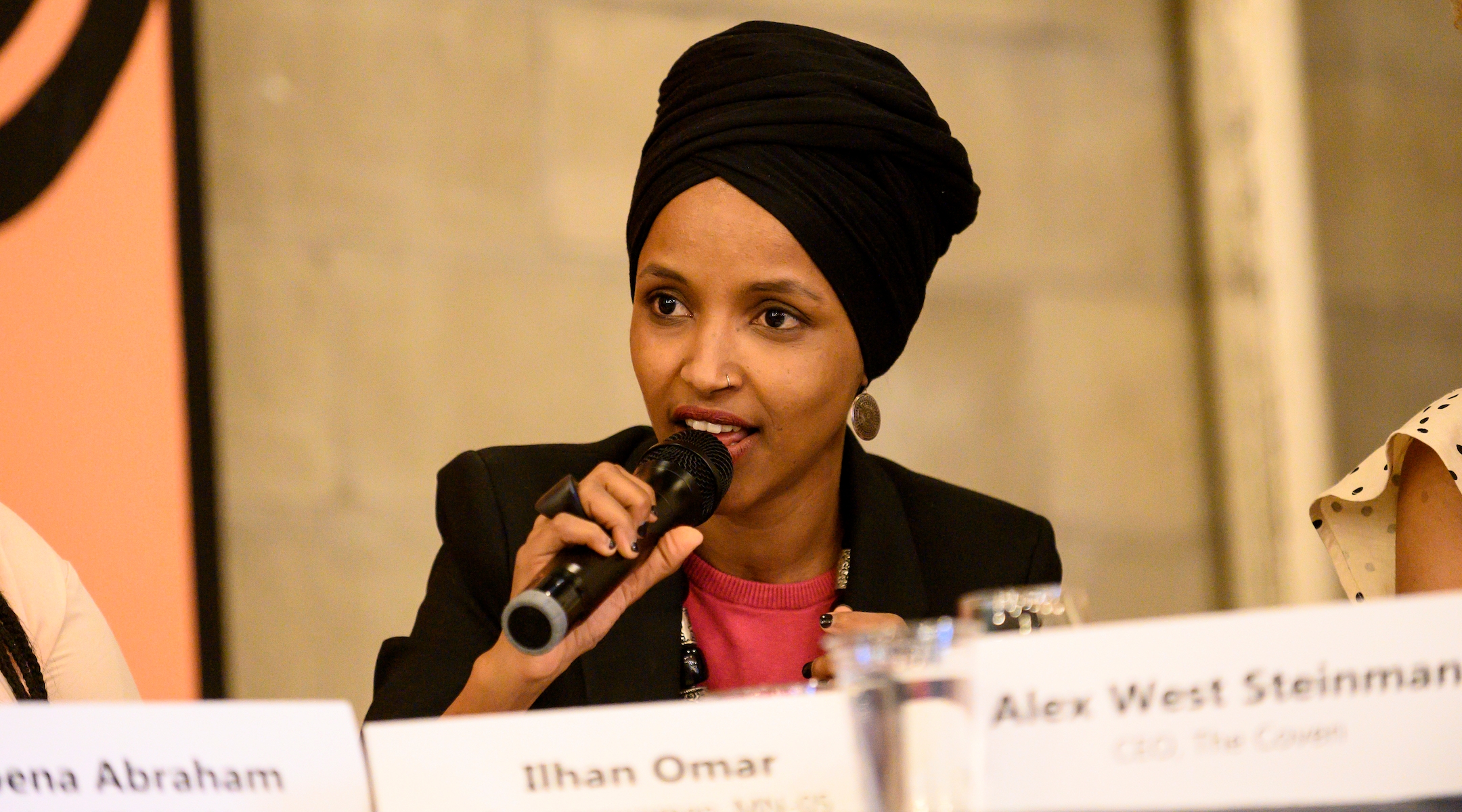 “As a Muslim American and a Jewish American elected to the United States Congress, we can no longer sit silently as terror strikes our communities,” the lawmakers wrote in an op-ed appearing Tuesday on CNN’s website. “We cannot allow those who seek to divide and intimidate us to succeed. Whatever our differences, our two communities, Muslim and Jewish, must come together to confront the twin evils of anti-Semitic and Islamophobic violence.”

They referred to two deadly shootings at U.S. synagogues, last year in Pittsburgh and last month in Poway, California, a rash of mosque arsons, and the mass killing earlier this year at two mosques in Christchurch, New Zealand.

They faulted the Trump administration for downplaying the threat, noting President Donald Trump’s equivocation in 2017 at condemning a deadly neo-Nazi march in Charlottesville, Virginia, and his cutting of funds for a number of federal programs tracking right-wing extremists.

“Addressing this hate should not be a partisan issue in the United States,” the congresswomen said. “Yet the current administration has manifestly failed to address its rise.”

Omar has come under fire for a number of statements that Republicans and some Democrats have said invoked anti-Semitic slanders. She has apologized for some, but not all, of them.