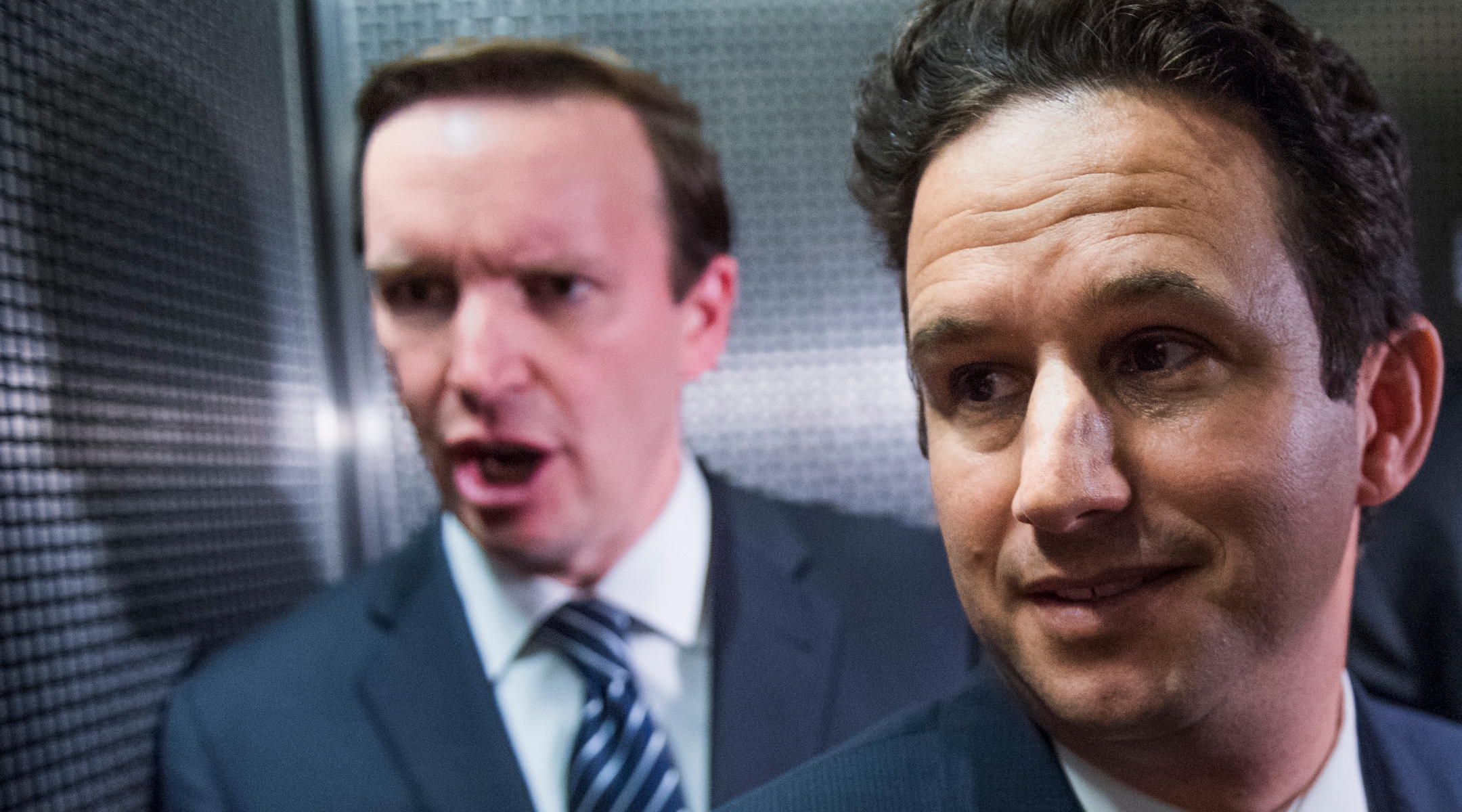 WASHINGTON (JTA) — Escalated tensions with Iran is no laughing matter — but Sens. Chris Murphy of Connecticut and Brian Schatz of Hawaii are finding some humor.

Murphy and Schatz, who is Jewish, have developed a Twitter comedy duo routine. It’s less Abbott and Costello and more Mike Nichols and Elaine May — the two Democrats play a pair of intellectuals who despite their learning are occasionally naive and addled. (And of course, there’s a Jewish-Irish precedent: George Burns and Gracie Allen.)

Previously their pithy exchanges have taken on climate change, the government shutdown and rapper Cardi B.’s tendency to go blue. (Sen. Chuck Schumer, D-N.Y., the minority leader, weighed in on the Cardi controversy.)

Murphy launched Thursday’s exchange with an expression of amazement — “no words” — at reporting that President Donald Trump is concerned that his team may be leading him into a war with Iran.

The Trump administration has sent reinforcements into the Persian Gulf based on vague reports of increased Iranian aggression. Trump reportedly is telling his counselors that he does not want war, and seeks talks with Iran’s leaders.

“He should probably put together a global coalition that forces Iran to the table, and negotiate a deal that ends Iran’s nuclear program, complete with comprehensive inspections from the IAEA,” Schatz rejoined, an allusion to the 2015 Iran nuclear deal that President Barack Obama brokered and Trump abandoned, with much fanfare, saying it was inadequate to containing Iran.

“But I would want that deal to force them to shut down their path to a plutonium bomb, end weapons grade enrichment, get rid of their uranium stockpile, and also the inspectors would need to go anywhere, even military sites if needed,” he said, referring to provisions in the existing deal. “But all that’s not possible, right?”

“That seems like a reach, but man that would be an enormous diplomatic achievement,” Schatz replied. “It would make Israel, the region, and the world safer.”

“Brian, I just did some quick online research and I have BIG NEWS,” Murphy said.

“You are starting a podcast?” Schatz asked.

“That’s a brilliant idea,” Murphy said. “But no. Apparently we HAD an agreement that did all those things (I know!) and Trump tore it up, and then did a whole bunch more stuff that his military advisors told him might lead to war. Anyway, sometimes the internet is wrong but that’s what I found.”