The ADL was able to connect 249 anti-Semitic incidents to extremists in 2018. All of the perpetrators were white supremacists. 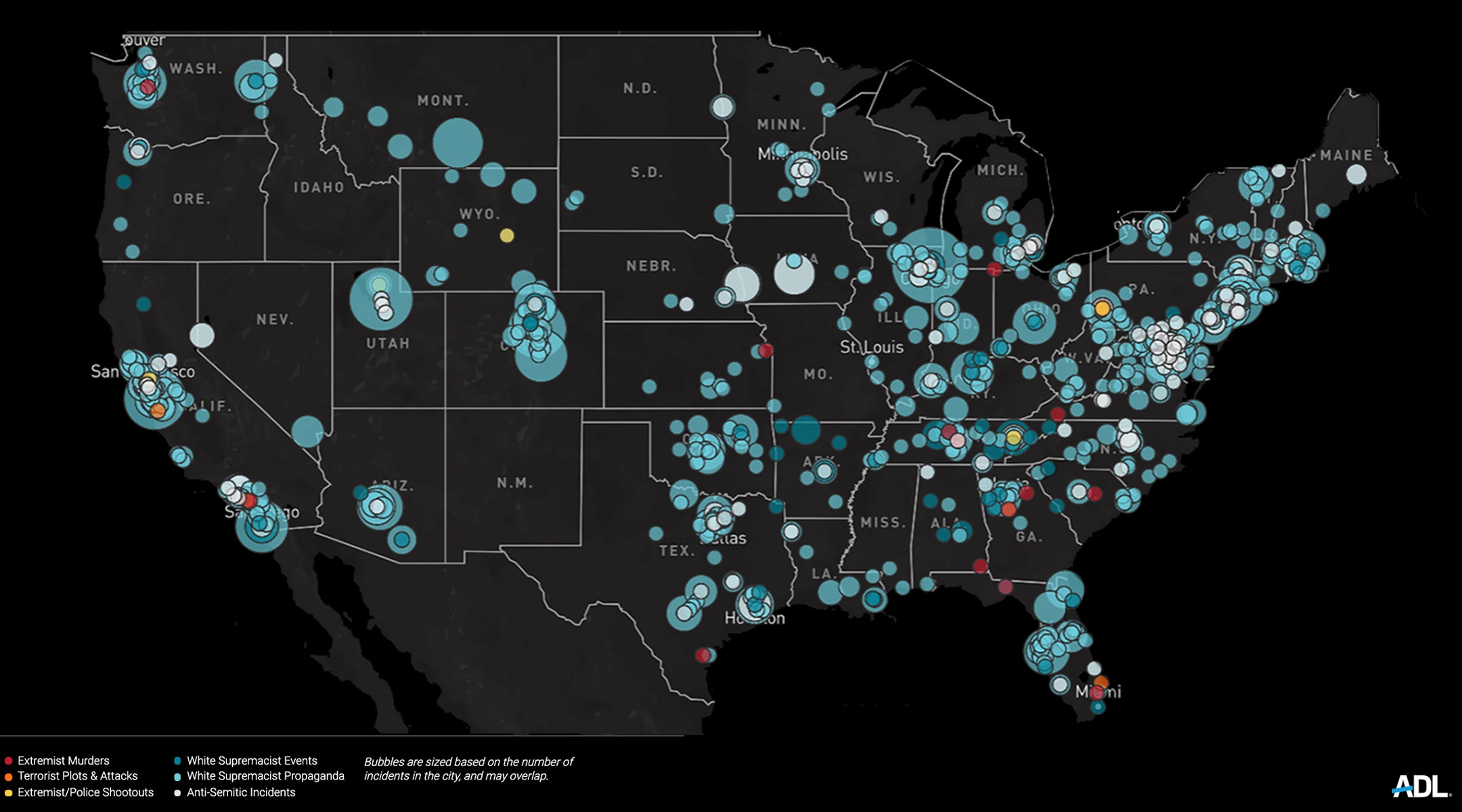 NEW YORK (JTA) – The Anti-Defamation League found that 3,044 total acts of hate, extremism, anti-Semitism and terror were committed in the United States in 2018. 1,879 of these were anti-Semitic acts – including assault, vandalism and harassment.

Of these 1,879 acts of anti-Semitism, 249 (13 percent) were attributable to known extremist groups or individuals inspired by extremist ideology, according to the ADL’s classification system. In a call, Oren Segal, director of the ADL Center on Extremism, told the Jewish Telegraphic Agency that all 249 acts that they were able to attribute to extremists were carried out by white supremacists.

As for the remainder, Segal told JTA on the conference call that “most anti-Semitic incidents are carried out by average Joes and average Janes,” not by those affiliated with extremist groups.

Examining the ADL’s data going back to 2002, JTA found that 2,633 – approximately 34 percent – of the 7,686 reported non-anti-Semitic extremist incidents have been attributed to perpetrators with right-wing ideology, compared to 137 attributed to Islamists or those with a left-wing ideology.

“Neither side of the political spectrum is exempt from intolerance. The idea that this is a problem with only one side is wrong,” ADL CEO Jonathan Greenblatt told JTA during a conference call. However, he added that “white supremacy is a global terror threat.”

However, Greenblatt noted that many of the incidents the ADL reports come in from regional ADL offices, so researchers aren’t always certain of what other affiliations perpetrators might have.

“We don’t know if there might be more [extremist perpetrators] out there,” he said.

CORRECTION: This article has been corrected to say right-wing individuals were responsible for nearly 44 percent of the incidents, not 71 percent, and to disaggregate anti-Semitic incidents from the total incidents of hate, extremism, and terror.