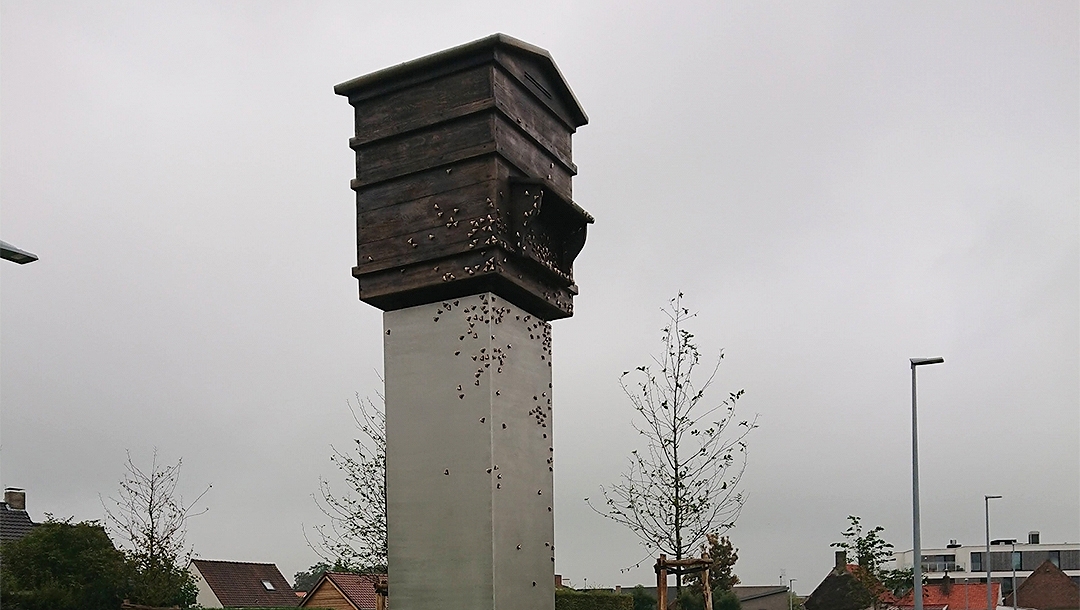 (JTA) — A Belgian town is removing from a local square most of its references to a group of Latvian soldiers who were part of Nazi Germany’s SS forces, following allegations that the square honored them.

Briviba Square in Zedelgem, a small town 70 miles west of Antwerp, contained a statue of and a plaque about the “Latvian Beehive,” hundreds of Latvian prisoners of war who were interred briefly at a POW camp in the village following World War II. They were part of the 15th and 19th Waffen Grenadier Divisions, which were under the administration of the Nazis.

City council members in Zedelgem supported commemorating the soldiers held at the POW camp, giving the project the green light in 2018. It created controversy largely thanks to coverage by Lev Golnikin, a Jewish journalist and author who wrote about the subject in the Forward.

The square will get a new name and its plaque will be removed. But as of now the statue will remain.

Annick Vermeulen, the mayor of Zedelgem, said any offense caused was unintentional.

Many Latvians admire the “Beehive” for their efforts in fighting Russia. Latvia’s capital Riga has its own Briviba Square, and veterans of the local former SS units hold annuals marches through the city. Protests against the march also occur annually by locals who view it as a glorification of war criminals.