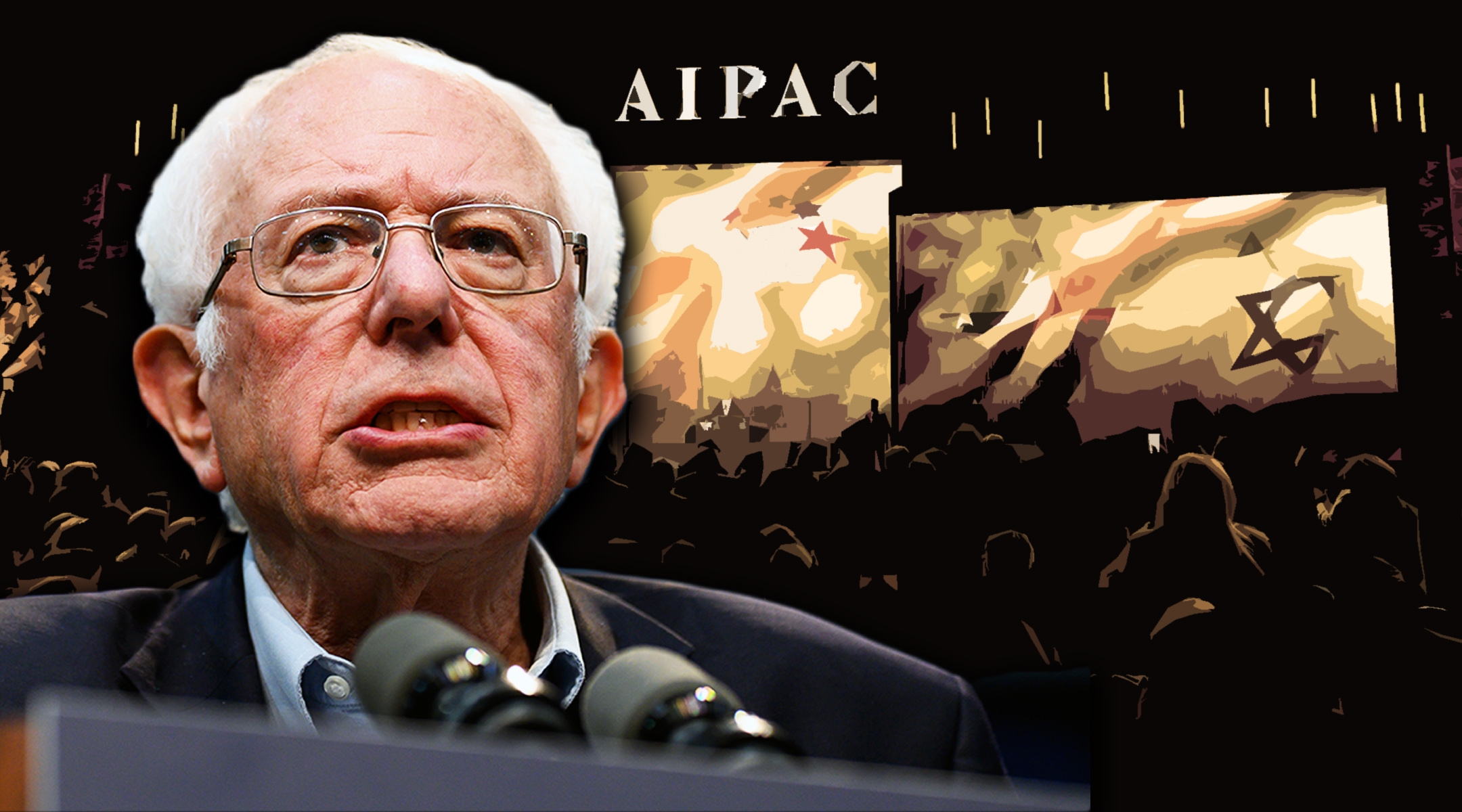 WASHINGTON (JTA) — The Israel lobby AIPAC launched its annual conference on Sunday with an appeal for bipartisanship and potshots aimed at Bernie Sanders, the Democratic front-runner in the presidential stakes.

The jarring contrast reflected how polarized support for Israel has become in the current political climate.

Amy Friedkin, a past AIPAC president with close ties to House Speaker Nancy Pelosi, D-Calif., joined Alan Franco, a national board member from New Orleans and a major supporter of Republican candidates, in appealing for respectful dialogue.

Friedkin called on speakers and the activists in attendance to “avoid the nasty partisan attacks that unfortunately dominate the dialogue.” She added that “the best way to persuade us is with facts, not fire.”

They were followed by Howard Kohr, the lobby’s longtime CEO of the American Israel Public Affairs Committee, who took aim at Sanders, the Vermont senator and currently the delegate leader in the race for the Democratic nomination. Sanders said last week that he would boycott the AIPAC conference, saying that he was “concerned about the platform AIPAC provides for leaders who express bigotry and oppose basic Palestinian rights.”

Kohr did not name Sanders, but much of his speech appeared aimed at the veteran lawmaker.

“In their political utterances, the leaders of this movement repeatedly and reflexively disparage Israel’s democracy and lump her in with nations hostile to American interests and American values,” he said. “Again, these are not the things a friend would say or do.”

“We don’t want Sanders at AIPAC,” Danon said. “We don’t want him in Israel. Anyone who calls our prime minister a ‘racist’ is either a liar, an ignorant fool or both.”