(JTA) — The American Israel Public Affairs Committee issued a public statement in support of the black community, saying the recent death of George Floyd is a “shattering reminder of the injustice and inequities that Black Americans still endure in our society.”

The statement comes a week after AIPAC sent a letter to its African-American members saying it was “horrified” by the Floyd killing.

“The scourge of racism, intolerance and inequality must end,” the pro-Israel lobby said in a statement released on Twitter Sunday evening.

“AIPAC is deeply and unshakably committed to the core American values of equality, freedom and justice,” the statement continued. “We stand shoulder-to-shoulder with the Black community in its ongoing struggle for the same rights and respect to which all Americans are entitled.” 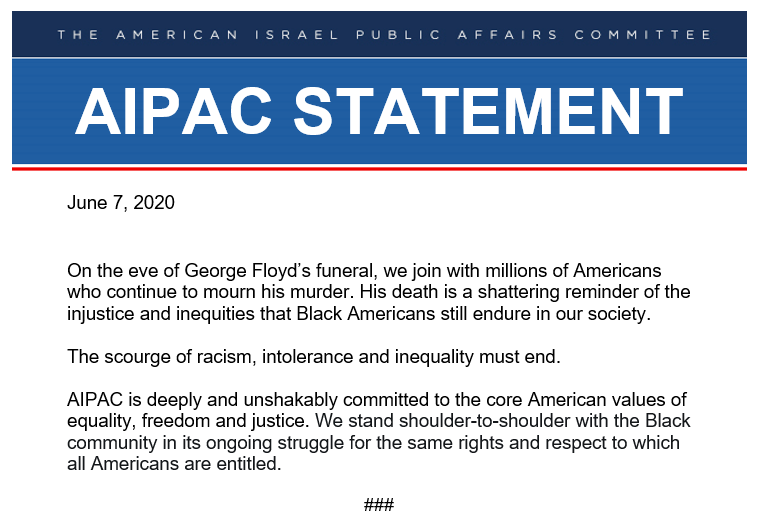