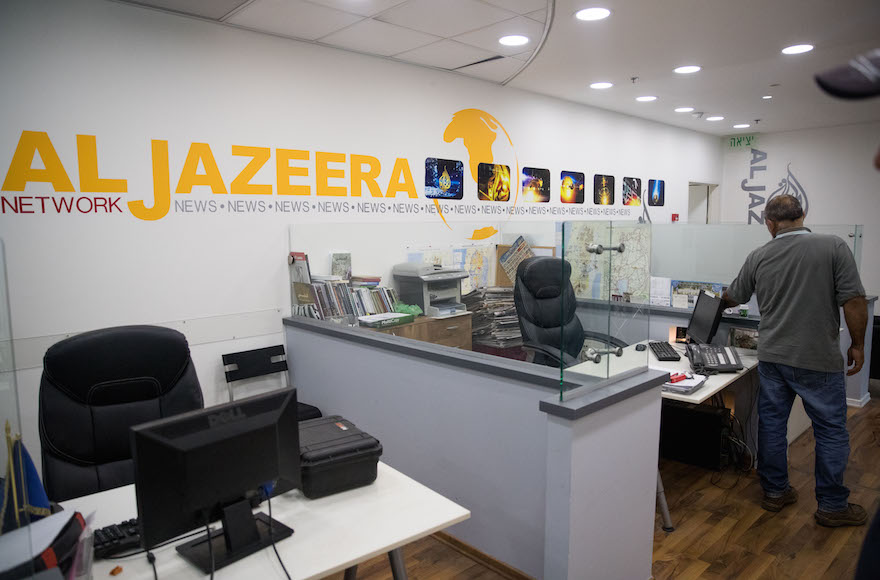 “This Holy Land belongs to Palestinians Because Palestinians are Semitic unlike the Israeli Khazars who are occupiers !!” tweeted Ghada Oueiss, a Qatar-based news presenter.

This Holy Land belongs to Palestinians Because Palestinians are Semitic unlike the Israeli Khazars who are occupiers !! https://t.co/DFDd1EZCdU

The Khazar theory claims that European Jews are the descendants of Khazars, a Turkic people who lived in Eastern Europe and Central Asia, rather than from Jews who originated in the Middle East. The theory has been used by anti-Semites and anti-Zionists to discount Jewish claims to the land of Israel. Scholars have discounted the theory.

Oueiss sparred with critics and defended her comment, sharing a photo of a book that supported the hypothesis.

The Thirteenth Tribe by Arthur Koestler who advances the thesis that Ashkenazi Jews are not descended from the historical Israelites of antiquity, but from Khazars.Koestler hypothesized that the Khazars migrated westwards into Eastern Europe in the 12th and 13th centuries. pic.twitter.com/iIerTsROIF

In May, the Qatari news channel suspended two journalists for making a video in which they said the Holocaust is “different from how the Jews tell it.”