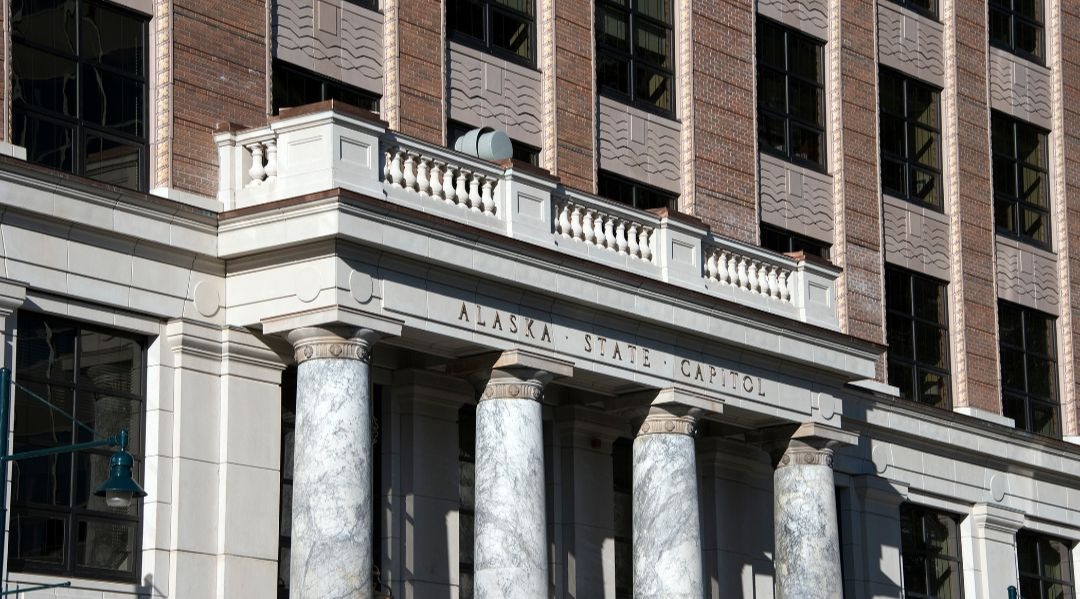 (JTA) — A Republican state lawmaker in Alaska said he did not mean to offend people when he compared restrictions aimed at curbing the coronavirus pandemic to measures imposed by the Nazis during the Holocaust.

But State Rep. Ben Carpenter said he believes the comparison remains apt in a column published Sunday in Must Read Alaska, a right-wing website.

“This comparison was not intended to marginalize the memory of the Holocaust but to ensure similar behavior can never happen again,” he wrote.

The column comes two days after Carpenter sent an email to all 40 members of the Alaska house objecting to a new rule requiring lawmakers to wear a sticker showing that they passed a coronavirus screening before entering the statehouse.

“How about an arm band that won’t fall off like a sticker will?” Carpenter wrote. “If my sticker falls off, do I get a new one or do I get public shaming too? Are the stickers available as a yellow Star of David?”

Both Jewish members of Alaska’s state legislature responded to Carpenter’s yellow star comment in messages also sent to every lawmaker.

“Ben, this is disgusting. Keep your Holocaust jokes to yourself,” wrote Democratic Rep. Grier Hopkins.

“I don’t think a tag that we’re cleared to enter the building is akin to being shipped to a concentration camp. It’s more akin to needing a boarding pass when you get through TSA. This is that,” wrote Rep. Andy Josephson.

The Alaska Landmine, a political blog, first reported Carpenter’s email. Carpenter elaborated on his comparison in comments to the Anchorage Daily News.

“Can you or I — can we even say it is totally out of the realm of possibility that COVID-19 patients will be rounded up and taken somewhere?” he told the newspaper. “People want to say Hitler was a white supremacist. No. He was fearful of the Jewish nation, and that drove him into some unfathomable atrocities.”

In his Must Read Alaska column, Carpenter said he was sorry that his email did not adequately explain his thinking.

“My email comments have been perceived by many to be offensive,” wrote. “For any offense taken, I apologize because my words are my responsibility. It was not my intent to be offensive; quite the opposite.”

He then explained the analogy in more detail while also saying that “white supremacists like Adolf Hitler are fearful bullies who must be exterminated from the face of the earth.”

Ten people in Alaska have died of the coronavirus.

Lawmakers and protesters in several states have made comparisons between Nazi Germany and efforts to contain the coronavirus.