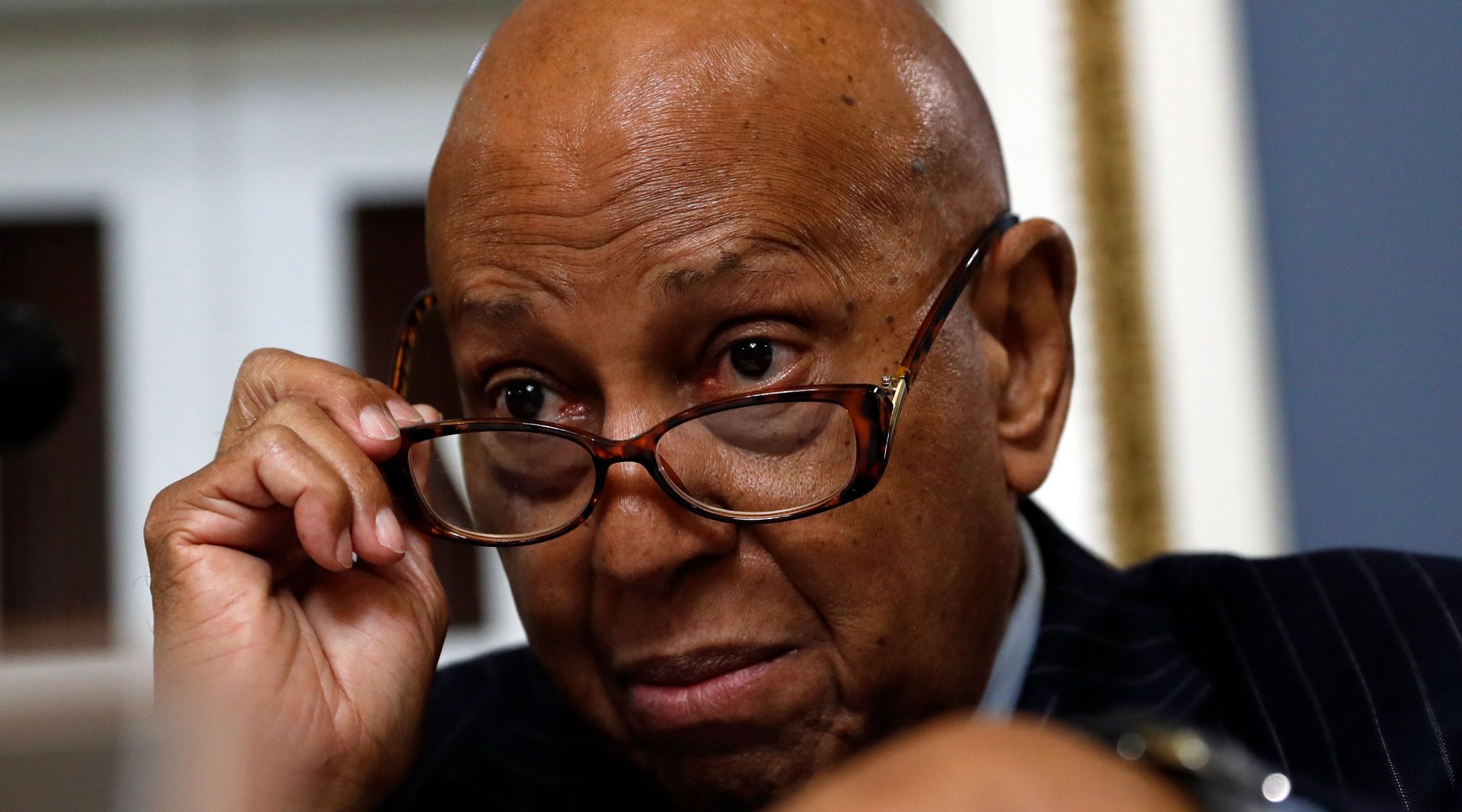 Hastings, who until his death represented the 20th District encompassing majority Black areas in and around Fort Lauderdale, had an extended struggle with pancreatic cancer.

Hastings was known for his pre-congressional career as a lawyer who won a number of civil rights victories in the 1960s and ’70s when segregation and racism were prevalent in South Florida, and then as a federal judge impeached by Congress in 1988 in a bribery scandal.

Hastings, who had been acquitted in criminal court, was convicted in the Senate but was not banned from holding public office. He came back to public life with a vengeance in 1992, defeating the favored candidate, Lois Frankel, in the Democratic congressional primary before winning in the general election. (When Frankel, who is Jewish, finally made it to Congress years later they became close friends.)

Hastings, who had made Jewish allies in his days as a civil rights lawyer, emerged as a lead spokesman for causes favored by the Jewish community. He was seen as the pro-Israel community’s most reliable ally in the Congressional Black Caucus.

For many years he was a co-chairman of the U.S. Helsinki Commission, the U.S. arm of the international parliamentary human rights monitor, and he made a priority of speaking out against anti-Semitism in Europe and elsewhere. Hastings called for the preservation of Jewish heritage sites and pushback against left-wing anti-Semitism in the guise of anti-Israel activism.

He was among the minority of Democrats who voted against the 2015 Iran nuclear deal, which was strongly opposed by Israel and the mainstream pro-Israel community. Hastings led efforts to nurture the Black-Jewish alliance, spearheading the raising of a forest in Israel in 2007 to replace one destroyed during the previous year’s war with Hezbollah. He named it for the civil rights icon Coretta Scott King.

“Rep. Hastings understood Israel’s strategic relationship with the U.S. and was a consistent and strong supporter of the State of Israel,” said Ron Klein, a former Florida congressman who now chairs the Jewish Democratic Council of America. “He also empathetically understood the shared experiences of the Jewish community and African-American community and was a leader in tying the two communities together.”