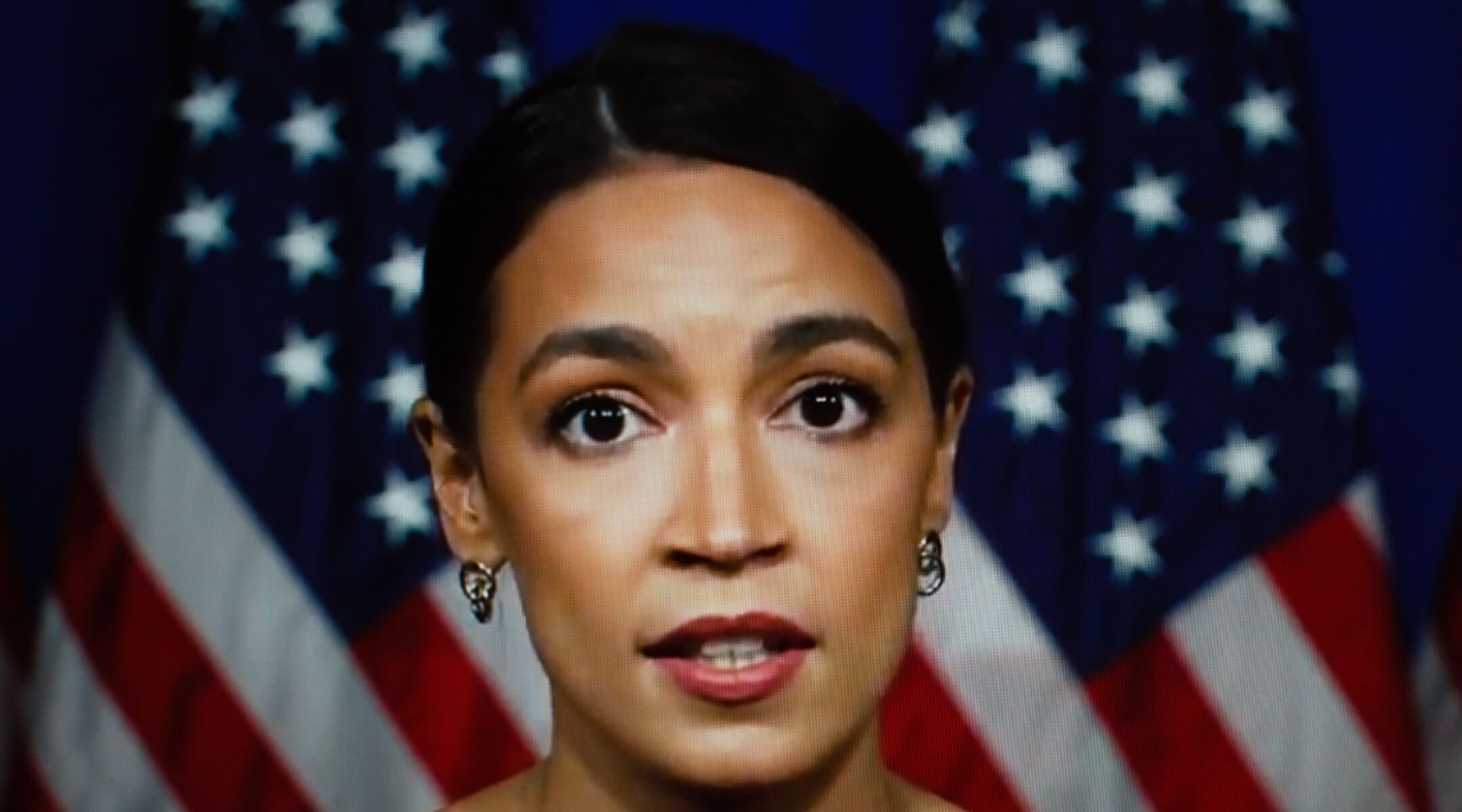 (JTA) — Influential progressive Alexandria Ocasio-Cortez called Israel an apartheid state in a tweet on Saturday that marked an inflection point in her increasing criticism of Israel.

“Apartheid states aren’t democracies,” she wrote in a tweet that garnered 275,000 likes.

Ocasio-Cortez has been unabashedly critical of Israeli Prime Minister Benjamin Netanyahu’s policies since joining Congress in 2018 but has stopped short of endorsing the Boycott, Divestment and Sanctions movement that her colleagues Ilhan Omar and Rashida Tlaib champion.

Apartheid was a period of segregation and institutionalized racism in South Africa from the late 1940s through the 1990s. Many Israel critics argue the term applies to Israel over its policies towards the Palestinians.

Ocasio-Cortez has been outspoken about the ongoing Israel-Gaza conflict and took part in a day of dueling sets of speeches on the House floor by Democratic lawmakers on Thursday on the subject. A group of nine Democrats — Reps. Debbie Wasserman Schultz, Ted Deutch, Josh Gottheimer, Elaine Luria, Brad Schneider, Brad Sherman, Kathy Manning, Jim Costa and Lois Frankel — each gave one-minute speeches about Israel’s right to defend itself, Jewish Insider reported.

.@AOC in a speech on House floor: "This is not about both sides. This is about an imbalance of power." AOC adds: "The president stated that Israel has a right to self-defense… But do Palestinians have a right to survive?" pic.twitter.com/ybIwzINUvk

Pressley criticized the “many [who] say that conditioning aid is not a phrase that I should utter here,” referencing the ongoing debate between progressive and moderate Democrats over conditioning the money that the U.S. gives to Israel on policy priorities. President Biden said on the campaign trail that he will not consider conditioning aid.

In her speech, the freshman congresswoman Bush, who defeated a longtime pro-Israel incumbent in her Missouri primary last summer, called the capital of Israel “Jerusalem, Palestine.”