Alexandria Ocasio-Cortez: Cutting aid to Israel should be ‘on the table’ 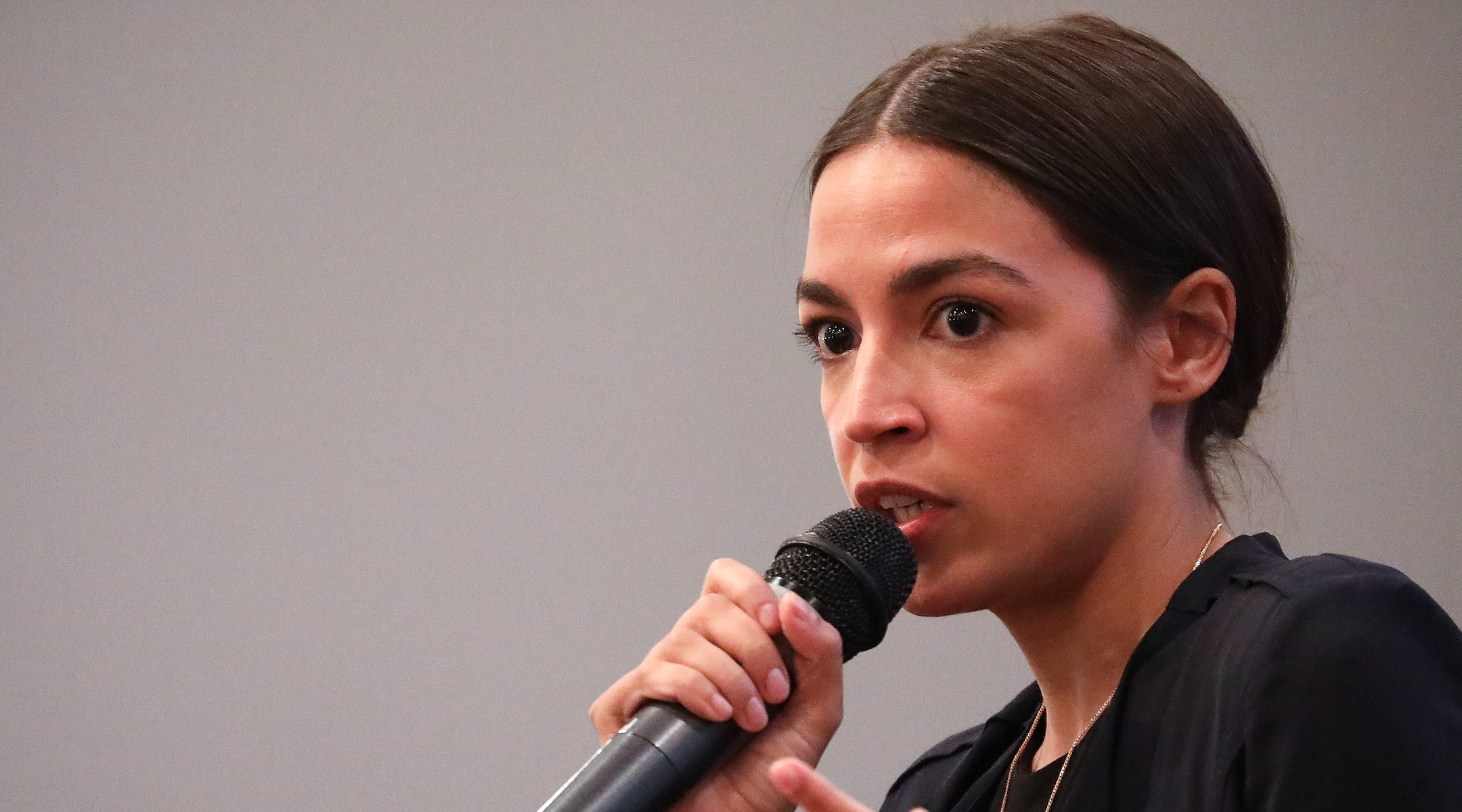 (JTA) — Alexandria Ocasio-Cortez said that cutting military and economic aid to Israel as a way to signal opposition to Israeli policies should be “on the table.”

“I think it is certainly on the table. I think it’s something that can be discussed,” the prominent freshman Democratic lawmaker said on Yahoo’s Skullduggery podcast on Sunday.

“I think these are part of conversations we are having in our caucus, but I think what we are really seeing is an ascent of authoritarianism across the world,” she said.

Ocasio-Cortez pointed to a bill proposed by Democratic Minnesota Rep. Betty McCollum that would prohibit aid to Israel from being used to detain Palestinian children in the West Bank as a way “to approach this issue.”

The Jewish Democratic Council of America sharply criticized Ocasio-Cortez for her comments.

“We recommend she engage with Dem leaders Eliot Engel, Nita Lowey, & Ted Deutch before contemplating the future of US military aid to Israel. US-Israel ties must supersede politics,” the group said in a statement.