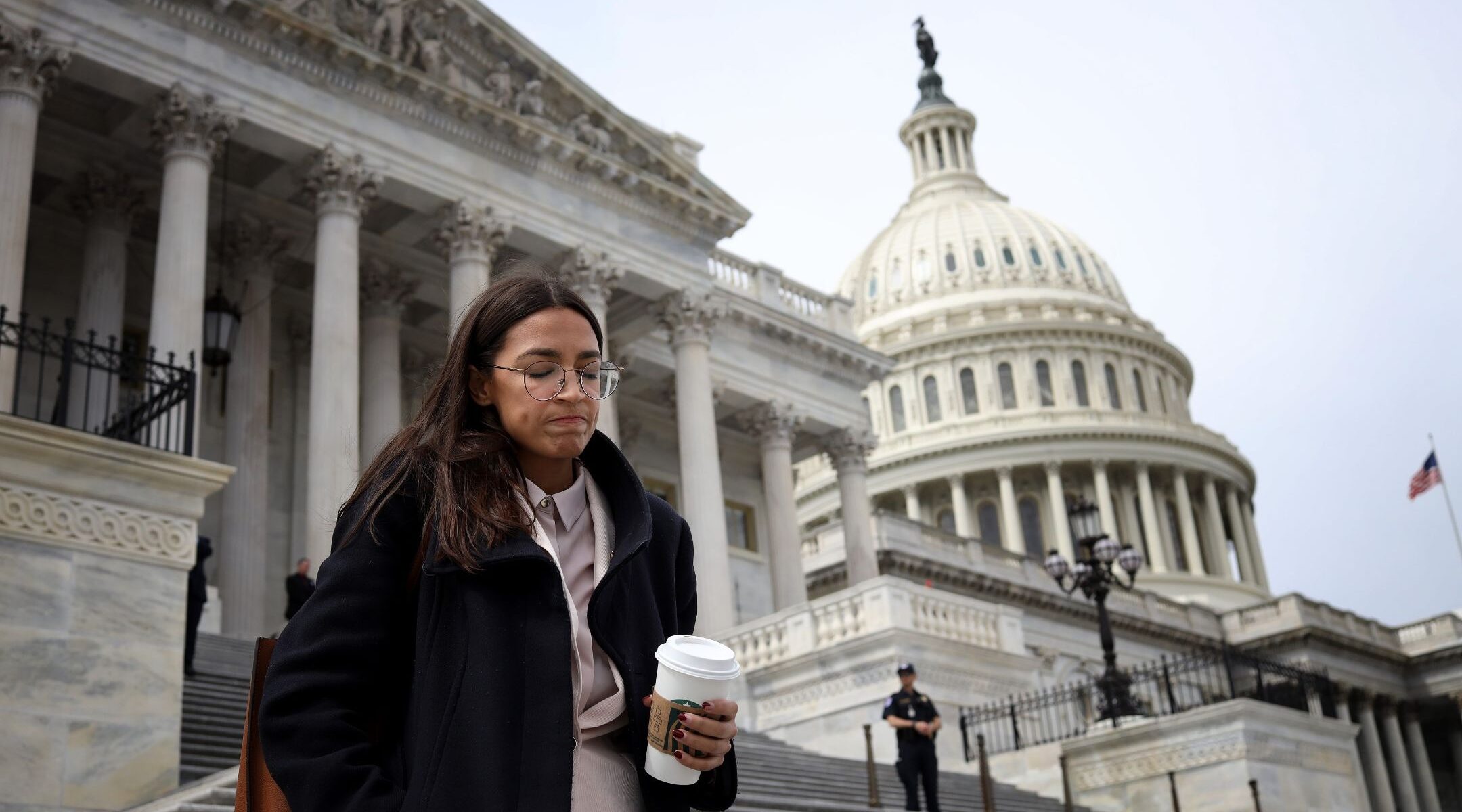 (JTA) — Rep. Alexandria Ocasio Cortez, the popular progressive New York congresswoman, is withdrawing from an Americans for Peace Now event memorializing Yitzhak Rabin, the Israeli prime minister murdered by a Jewish extremist in 1995 for his efforts to achieve peace with the Palestinians.

“We are sorry to hear that Rep. Ocasio-Cortez will no longer be speaking at our Oct. 20th Yitzhak Rabin memorial,” Hadar Susskind, Americans for Peace Now’s president, said Saturday in an email to JTA. “Her participation would have added to the event.”

Ocasio-Cortez’s spokeswoman had confirmed her withdrawal on Friday, but  questions remained about whether it would be reversed.

In its tweet Thursday announcing Ocasio-Cortez’s participation, Americans for Peace Now said she would “reflect on fulfilling the courageous Israeli leader’s mission for peace and justice today in the U.S. and Israel.”

A person associated with the presidential campaign of Joe Biden, the Democratic Party’s presidential nominee, told JTA that should Ocasio-Cortez withdraw, it would be “problematic.”

“She could have rejected the invitation for any number of reasons,” the Biden campaign associate said. “But if she agrees and then pulls out, she’s creating problems for her own party.”

On Friday, Ocasio-Cortez first told Jewish Currents writer Alex Kane that she was reconsidering the invitation to appear at the event.

“Hey there — this event and my involvement was presented to my team differently from how it’s now being promoted,” she told Kane on Twitter. “Thanks for pointing it out. Taking a look into this now.”

Kane later quoted a source as saying that the invitation to Ocasio-Cortez was not framed as a memorial but as a review of the Oslo peace process launched by Rabin and Palestinian leader Yasser Arafat in 1993. Since Aug. 29, Americans for Peace Now has framed the event next month as a Rabin memorial. It falls near the 25th anniversary of Rabin’s assassination as he left a peace rally in Tel Aviv on Nov. 4, 1995.

Also scheduled to appear at the event are Rabin’s granddaughter, Noa Rothman, and actor Mandy Patinkin, who last month released a video saying “I’ll be hosting a virtual memorial event for Yitzhak Rabin.”

A number of pro-Palestinian groups and figures had lacerated Ocasio-Cortez for agreeing to attend, describing Rabin, who was an officer in the 1948 Independence War, as a war criminal for his order to expel Arabs from their hometowns in that war, and for calling for brutal measures to repress the First Intifada, or violent Palestinian uprising, when he was defense minister from 1987 to 1990.

“His legacy is one of violence and dispossession for Palestinians,” the Adalah Justice Project, a pro-Palestinian advocacy group, said on Twitter in announcing that Ocasio-Cortez had pulled out of the event. “Thank you AOC for listening to the lived experience of the Palestinian people.”

Arafat publicly mourned Rabin’s passing and made a rare and risky visit into Israel to relay condolences to Rabin’s widow, Leah.