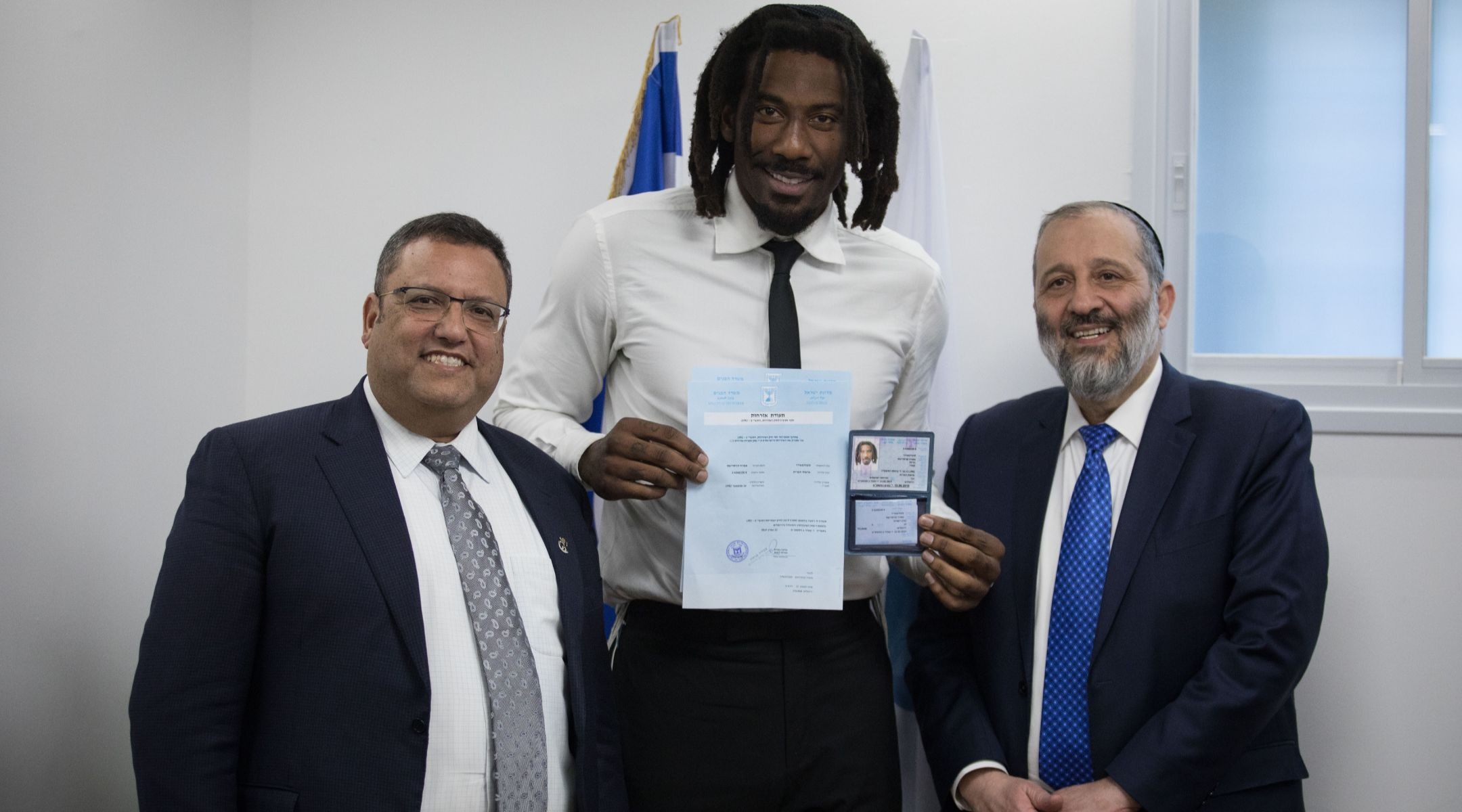 JERUSALEM (JTA) — Former NBA All-Star Amar’e Stoudemire said there is a “lack of leadership” in the Black community that has led to expressions of anti-Semitism, and he has offered to bridge the gap between Jews and Blacks.

Stoudemire, who lives and plays professionally in Israel for Maccabi Tel Aviv, was reacting to a number of recent anti-Semitic social media posts by Black sports figures and celebrities.

He told the TMZ website that the Black community needs an education.

“I do think, I know with me being in the position where I am where being an African-American Jew who’s learning at a high level, I think there’s a narrative shift that’s happening,” he said. “We have to figure out a way to now, you know, teach the next generation on, you know, positivity.”

Stoudemire said that due to the leadership vacuum, many Black people have turned to Nation of Islam leader Louis Farrakhan for inspiration. Farrakhan has a long history of anti-Semitic comments, including comparing Jews to termites and denouncing what he calls the “Synagogue of Satan,” and has praised Adolf Hitler.

In January, Stoudemire in an Instagram post called for an end to anti-Semitism among Blacks in response to a stabbing attack on a rabbi’s home in Monsey, New York, days earlier during a Hanukkah celebration.