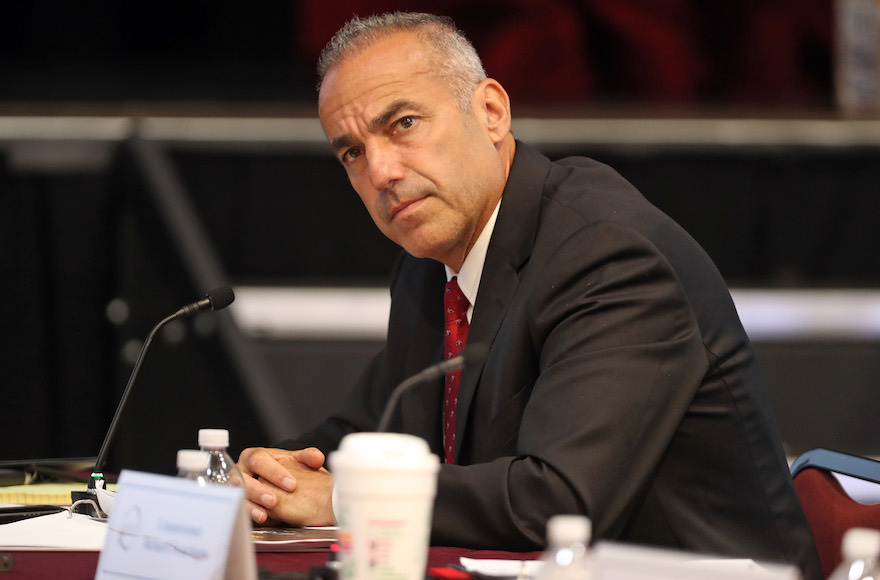 (JTA) — The father of Meadow Pollack, a student who was among the 17 people killed in the shooting at a Parkland, Florida, high school, has been appointed to the state Board of Education.

Pollack’s appointment must be confirmed by the Florida Senate. His term would run through Dec. 31, 2022.

“What I hope to accomplish is accountability at a local level, to hold school boards accountable and superintendents accountable,” Pollack, 52, said after the announcement. Pollack has been advocating for school safety since the attack.

Pollack supported Scott in his Senate bid. He has met several times in the last year with President Donald Trump.

Meadow Pollack, 18, a senior at Marjory Stoneman Douglas High School, was shot nine times during the February 2018 attack there by a former student.