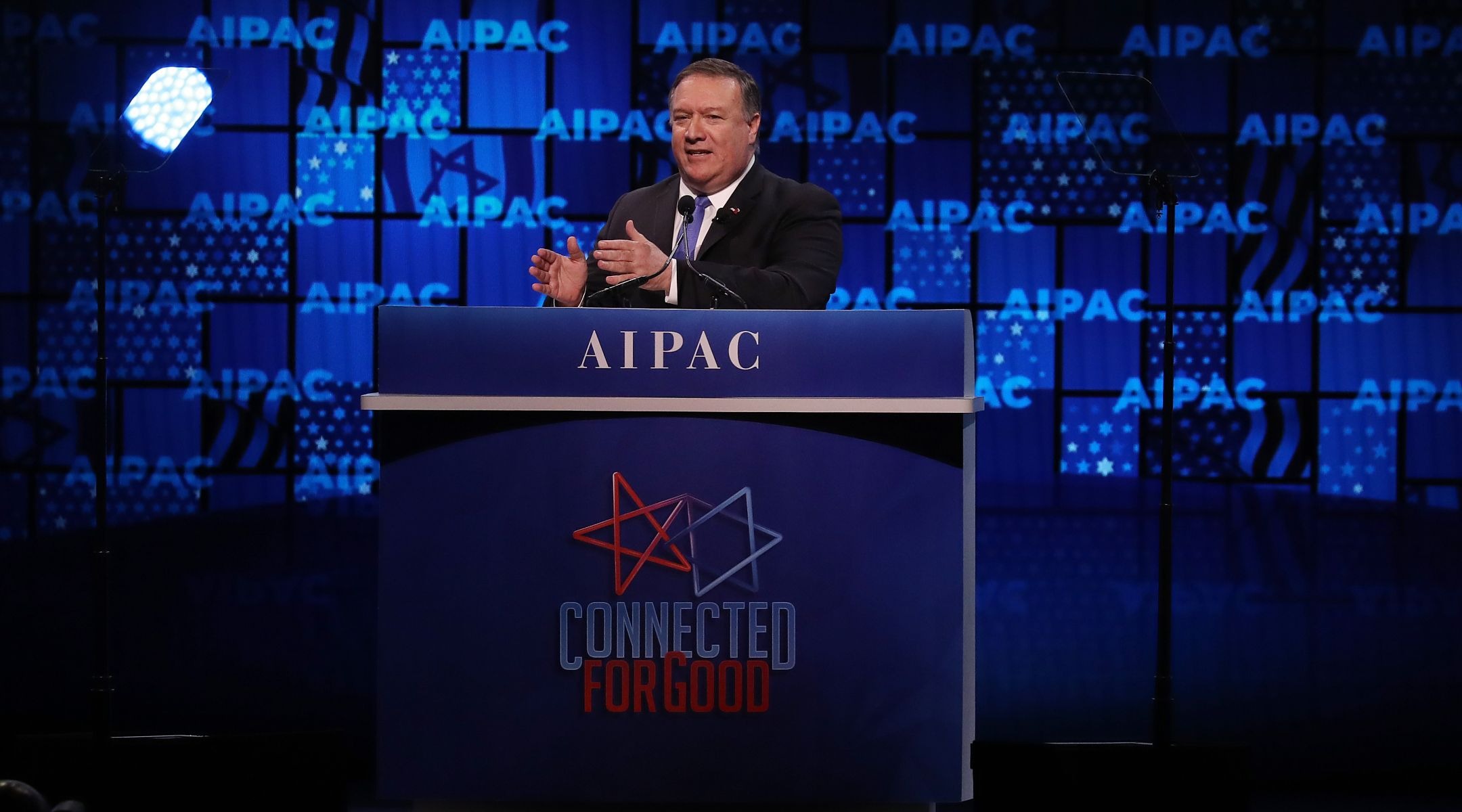 WASHINGTON (JTA) — Secretary of State Mike Pompeo told AIPAC that anti-Zionism is a form of anti-Semitism.

Pompeo, speaking Monday to the annual conference of the American Israel Public Affairs Committee, paid tribute to the 11 Jews murdered in October at the Tree of Life synagogue complex in Pittsburgh, the worst attack on Jews in U.S. history.

“Every — every — decent human being has the responsibility to fight anti-Semitism,” he said. “It’s an affront to religious liberty. It denies the rights of Jews to worship their God. It attacks what it means to be Jewish, ethnically and religiously.”

Pompeo linked the bigotry in Pittsburgh to efforts to delegitimize Israel, although the alleged killer was a white supremacist who was acting on an anti-Semitic slander that Jews were organizing an “invasion” of Latin American migrants into the United States and was not known to be exercised by Israel.

“This bigotry is taking on an insidious new form in the guise of ‘anti-Zionism,'” he said. “It has infested college campuses in the form of the Boycott, Divest and Sanctions movement. It’s discussed in our media. It’s supported by certain members of Congress, I suspect none of whom are here tonight.”

He was referring to two freshman Democrats, Reps. Ilhan Omar of Minnesota and Rashida Tlaib of Michigan, who back BDS.

“Anti-Zionism denies the very legitimacy of the Israeli state and of the Jewish people. So, friends, let me go on record: Anti-Zionism is anti-Semitism,” Pompeo said to applause. “The Trump administration opposes it unequivocally, and we will fight for it relentlessly.”