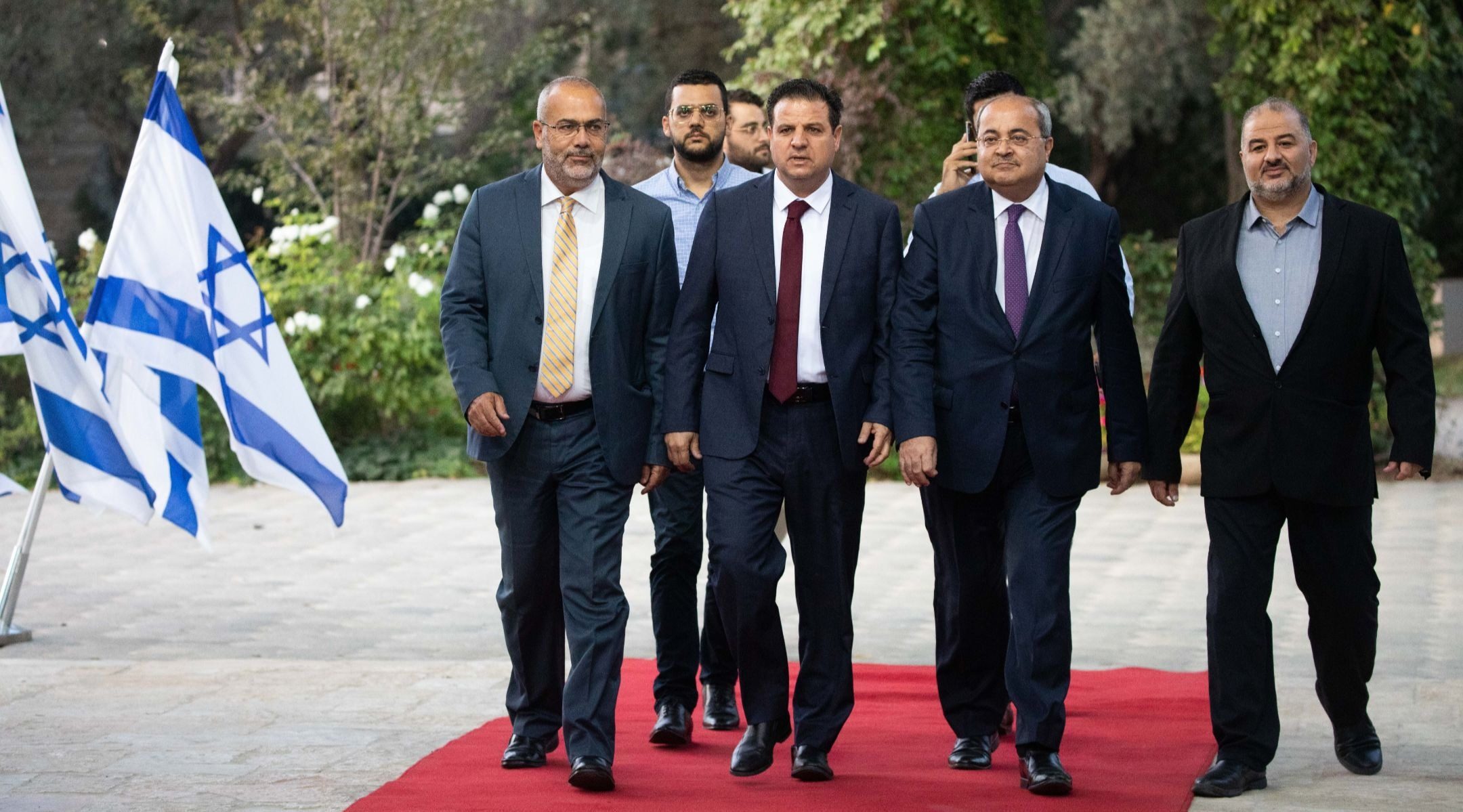 Members of the Joint List of Arab parties arrive for a meeting with Israeli President Reuven Rivlin at the president's residence in Jerusalem, Sept. 22, 2019. Party members boycotted the Knesset swearing-in to protest rising violence in Arab-Israeli. communities. (Yonatan Sindel/Flash90)
Advertisement

JERUSALEM (JTA) — Arab-Israeli communities held a general strike on Thursday to protest an uptick in violent crime and the lack of an effective police response.

At least 71 Arab citizens of Israel have been killed as a result of gun violence and criminal activity since the beginning of this year, The Jerusalem Post reported. The murder rate among the country’s Arab population has increased by 20 percent in 2019 over the same period last year, according to Haaretz.

As part of the strike, schools and local authorities in Arab communities were closed and many Arab-Israeli citizens did not show up for work. The 13 lawmakers from the Joint List of Arab parties boycotted their swearing-in at the Knesset.

Demonstrations were held in the northern cities of Nazareth and Umm al-Fahm.

“I expect the police to mobilize all their special units and significantly reinforce forces in the field in order to generate a deterrent and immediate response,” he said, according to Haaretz.