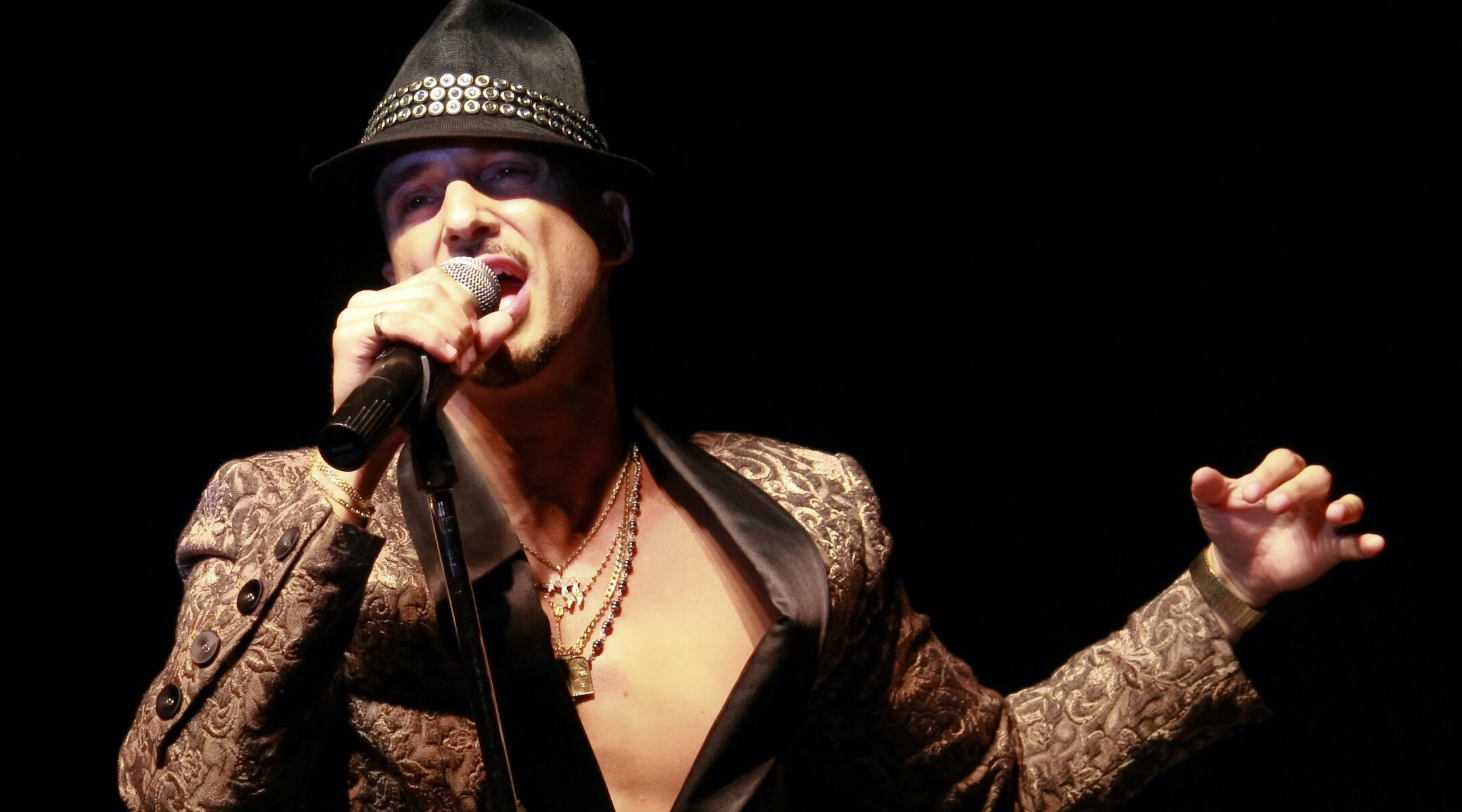 (JTA) — Ari Gold, a pop star who left his Orthodox Jewish roots to become a music icon of and activist for the LGBTQ community, died Sunday.

He was 47, and the cause was leukemia.

Gold was born and raised in an Orthodox family in the Bronx, New York. NPR once reported that his musical talent was discovered while singing at his brother Steven’s bar mitzvah at age 5.

He attended Ramaz, a prominent Modern Orthodox Jewish day school in New York, before going to New York University. Gold wrote about what he called his “sheltered” upbringing in an essay in the LGBTQ magazine The Advocate in 2013 and has noted in interviews that his coming out to his parents in college severely strained his relationship with them.

“The shame was deep and the shame was real, and that’s why I have been so passionate, because I know how I felt growing up with that fear. I thought everyone would excommunicate me,” Gold told NY 1 in 2019.

In his 20s, Gold became a star of the gay club scene in New York City before releasing his debut album in 2001, which openly referenced gay relationships and earned him a following as an artist unafraid to sing about his identity.

He would go on to release seven albums and become close friends with other LGBTQ icons, such as the TV stars RuPaul and Laverne Cox. He also worked with homeless gay youth and worked to raise awareness about AIDS. While no longer Orthodox, he stayed connected to his Jewish identity, he told the Los Angeles Jewish Journal in 2015.

Gold was first diagnosed with cancer in 2013. His brother Elon is a noted standup comedian who references his Jewishness in routines.