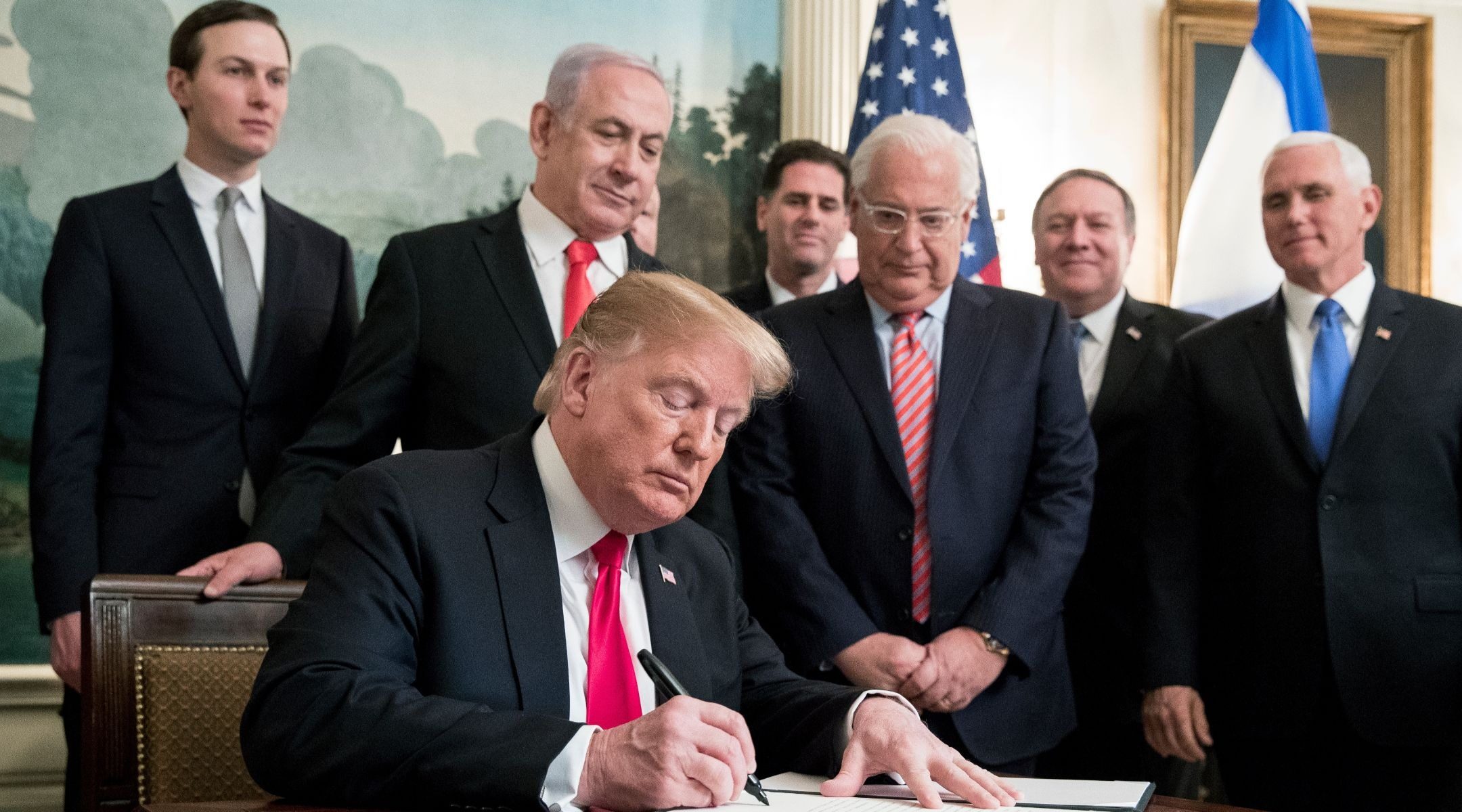 WASHINGTON (JTA) — Jared Kushner and other top Trump administration officials handling the Middle East will meet soon to discuss what to do next in the peace process as Israeli Prime Minister Benjamin Netanyahu appears ready to annex part of the West Bank.

On Monday, a senior administration official confirmed to the Jewish Telegraphic Agency reports that David Friedman, the ambassador to Israel, would be traveling to Washington to meet with Kushner, the lead author of the peace plan unveiled in January; Secretary of State Mike Pompeo; and Avi Berkowitz, the top Middle East envoy and an adviser to Kushner, who is also Trump’s son-in-law. The president may also join the meetings, the official said.

The official did not name an exact date for the meetings or specify what the content would be.

Netanyahu has been saying he wants to launch the process of annexation because it is envisioned as part of a final status in the deal authored by Kushner and others. The prime minister has been getting mixed signals from the administration: Friedman appears to giving the nod, while Pompeo and Kushner would prefer Israel wait until it has some Palestinian buy-in to the plan.

The Palestinians thus far have wholly rejected the plan.