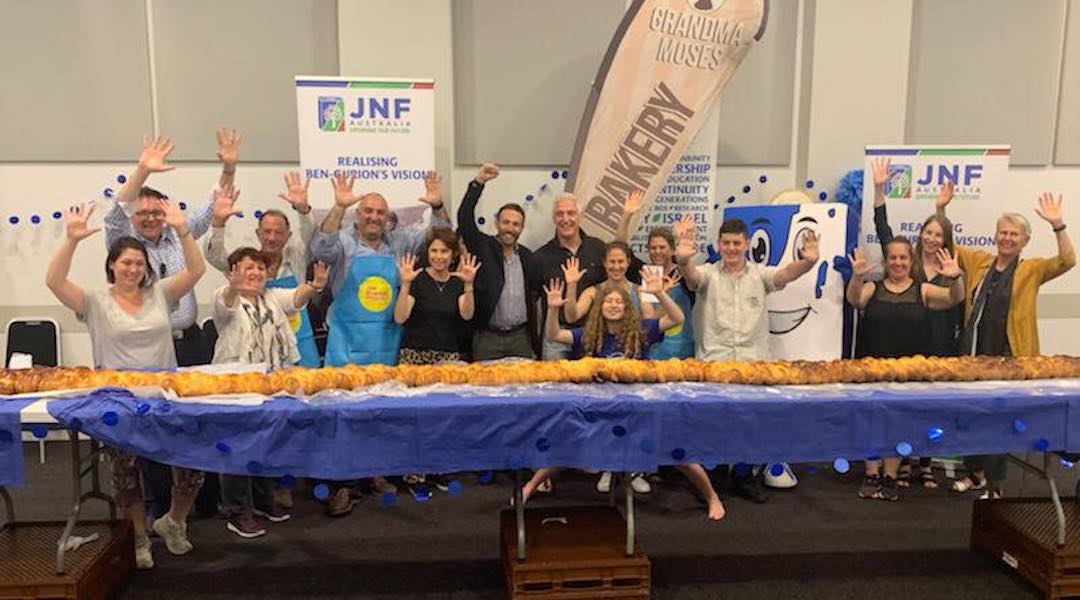 (JTA) — A kosher bakery in Sydney, Australia, has broken the Guinness world record for longest challah.

Grandma Moses Bakery, in partnership with the Jewish National Fund chapter in New South Wales, broke the record on Thursday, according to a Facebook post from the group.

The record-setting challah clocked in at more than 32 feet long and required over 150 pounds of dough and ten hours to bake.

The event was organized by the international Shabbat Project, which organized programs including challah bakes last week in more than 1,600 cities and 105 countries worldwide.