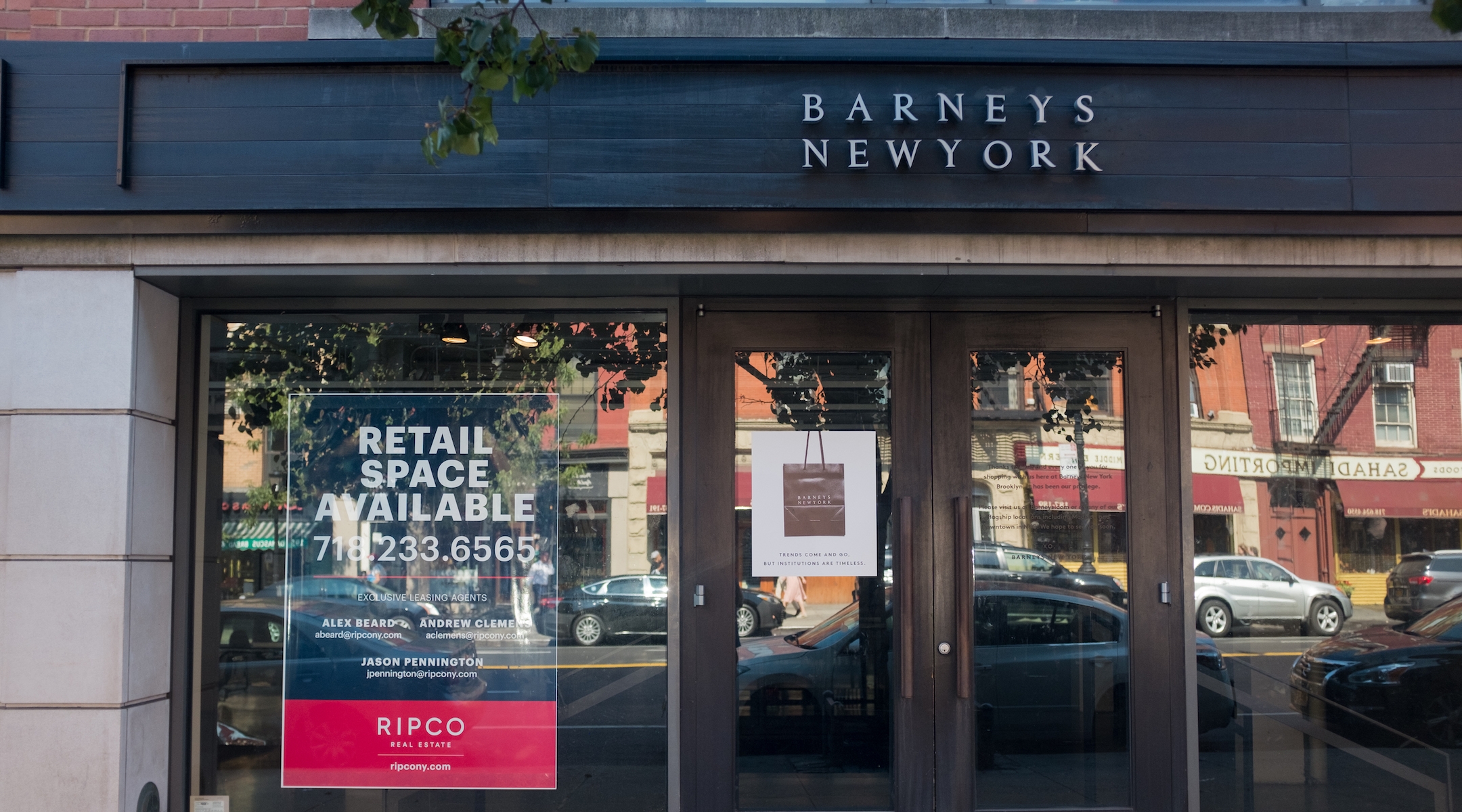 (JTA) — Barneys New York, a century-old chain of department stores launched by a Jewish clothier, will be sold off in pieces after declaring bankruptcy in August.

The chain was sold on Friday to the fashion licensing company Authentic Brands Group and financial firm B. Riley for $271.4 million, a day after the sale was approved by a bankruptcy court.

Barney Pressman, whose father owned a clothing store, opened his first department store in Manhattan in 1923.

B. Riley said it will hold liquidation sales at Barneys remaining seven U.S. stores, starting next week with private events for its most loyal customers, The Associated Press reported.

Authentic Brands said it will turn the iconic Madison Avenue store into a center for pop-up businesses, including boutiques as well as art and cultural installations. It also plans to license the Barneys New York name to Saks Fifth Avenue, which will open a Barneys New York reboot on Saks’ fifth floor. Saks also will launch Barneys New York shops in some of its other stores in the U.S. and Canada.