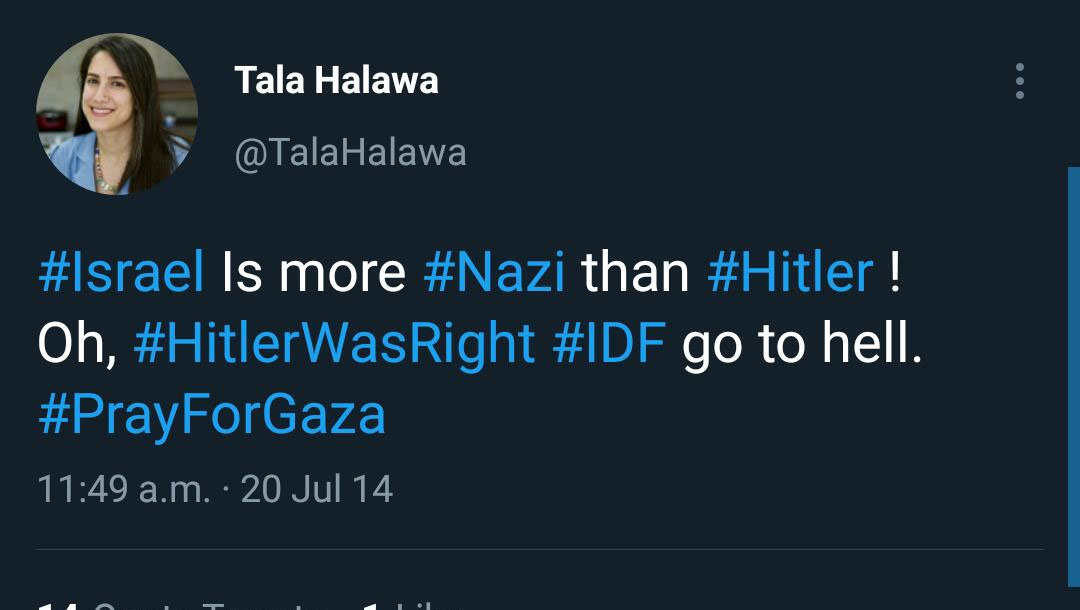 (JTA) — A BBC writer who in 2014 tweeted “#HitlerWasRight” about Israel’s war with Hamas in Gaza is no longer working for the broadcaster, a spokesperson said.

Tala Halawa “no longer works for the BBC,” the spokesperson told The Jewish Chronicle of London on Friday.

The spokesperson did not specify what led to the termination of Halawa’s employment by the BBC.

Last month, the BBC launched a probe following the surfacing of the tweet by Halawa, who was based in Ramallah. It read: “#Israel is more #Nazi than #Hitler! Oh, #HitlerWasRight #IDF go to hell. #prayForGaza.”

Halawa’s account on the LinkedIn social network listed her as a “Digital Journalist at BBC Monitoring,” a position she began in 2017.

Last month, Halawa was credited on the BBC website for participating in the writing of an article titled “Israel-Gaza violence: The children who have died in the conflict” between Hamas and Israel, which reached a cease-fire on May 21 following 11 days of fighting.