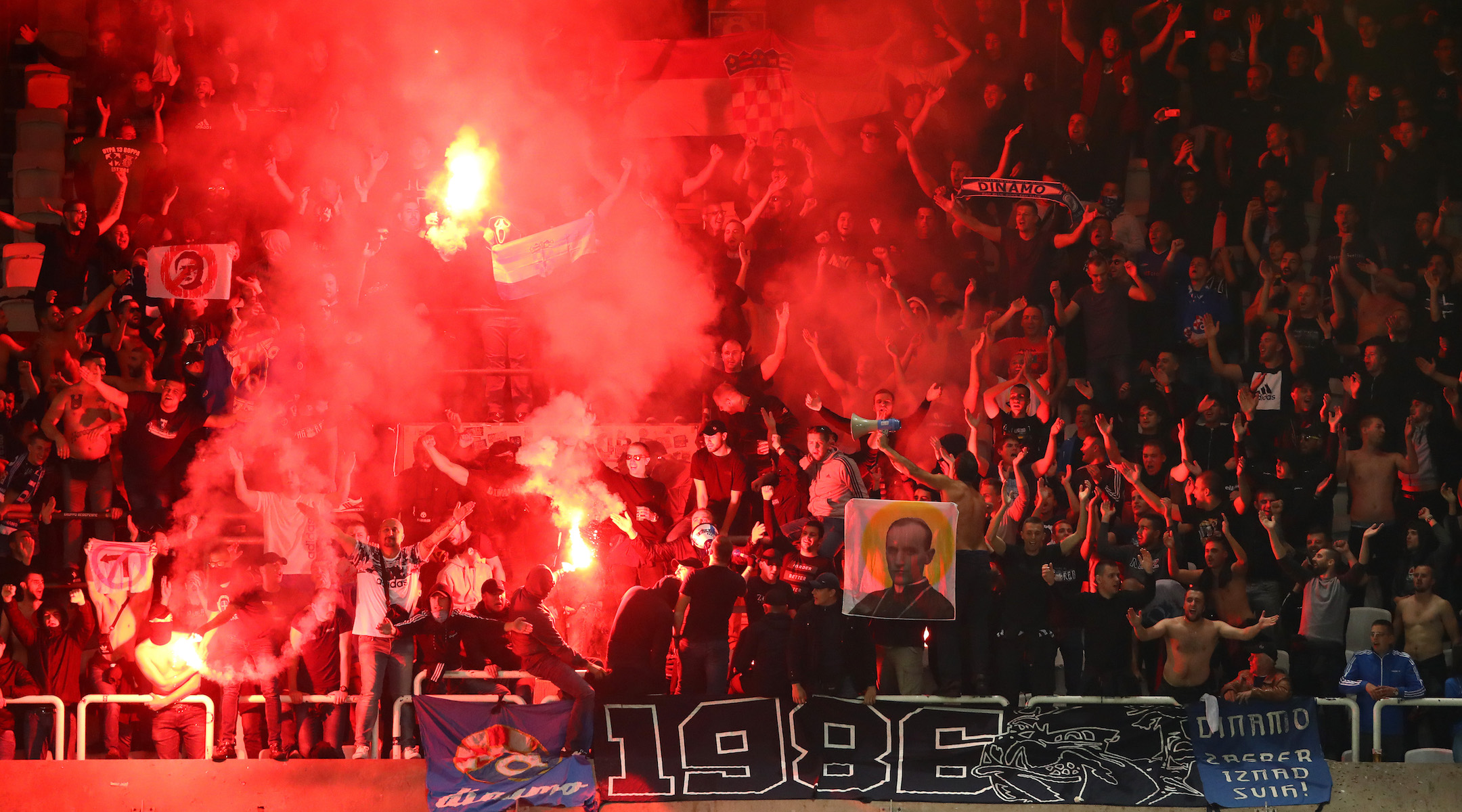 (JTA) — Soccer fans in Belgium chanted about burning Jews during a match in the city of Bruges, Belgian media reported.

La Derniere Heure published  footage from the Aug. 26 match on Wednesday. It shows dozens of fans celebrating their local team’s victory over Brussels’ Anderlecht team that day by singing in Flemish: “My father was in the commandos, my mother was in the SS, together they burned Jews ’cause Jews burn the best.”

The chant, whose use was first reported by the media in 2015, has proliferated in the Netherlands and Belgium in recent years. In some cases, fans chant it to taunt counterparts from rival teams that are seen as historically Jewish. Some fans say Anderlecht is such a team, although that soccer club is not famously associated with Jews.

But the chant has appeared in situations connected to neither Jews nor soccer, including a high school graduation party in 2016 near Amsterdam.

The soccer club of Brugge, a city located 40 miles west of Brussels, said in a statement: “We strongly condemn this behavior,” the HLN news website reported. The club said several fans have been identified and slapped with a ban on entering the team’s Jan Breydel Stadium.

Michael Freilich, editor-in-chief of the Joods Actueel Jewish magazine in Antwerp, on Thursday went to the stadium with photographs of Holocaust victims that he asked club bosses to share with fans.

“There are always excuses,” he said. “But this is unacceptable.”

The European Jewish Congress called on local and international soccer authorities “to take stricter measures against this antisemitic abuse and use harsher punishments.”