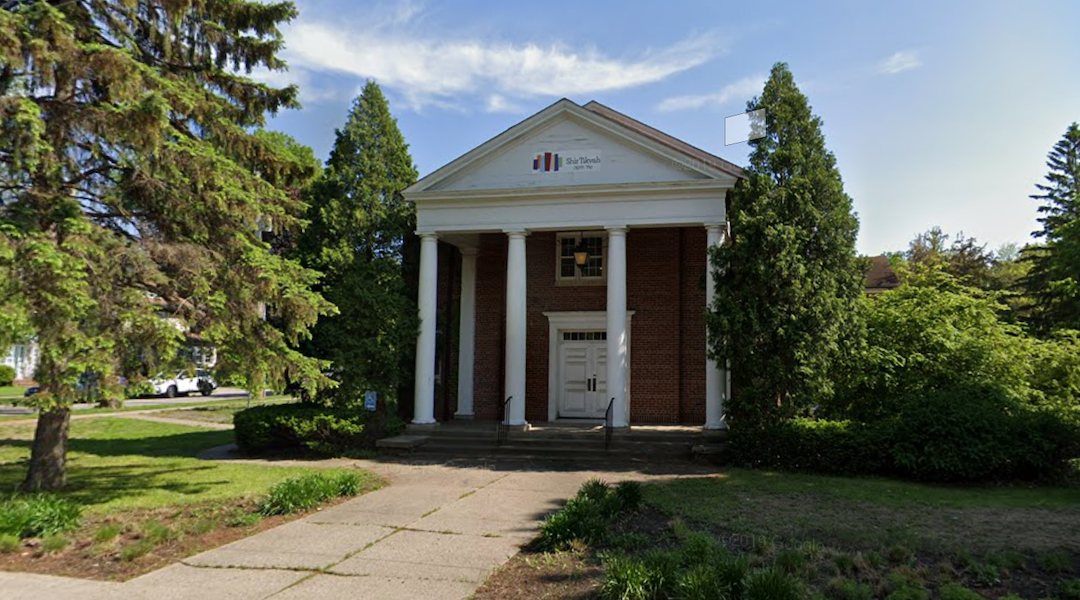 (JTA) — A bus stop near a synagogue in Minneapolis was vandalized with swastikas.

The graffiti was discovered Tuesday on a bench outside Shir Tikvah Congregation. Across the street, “Seig Heil, Heil Hitler, Trump 2020” was written on a traffic utility case, the synagogue said in a message to congregants.

Neighbors discovered the vandalism and reported it to the police and the Jewish Community Relations Council. No graffiti was found on the synagogue building.

“We are grateful to these neighbors who, with love and pain, brought these to our attention (and one went home to get electrical tape to cover what he saw, before calling in the incident),” the message from the synagogue’s leadership said.

A local Jewish activist and member of the synagogue wrote on Facebook about learning of the incident as she was leaving a protest against the death of George Floyd, an African-American man who died in police custody. Video showed an officer with his his knee on Floyd’s neck while Floyd complained that he could not breathe. Four officers have been fired in the aftermath of the incident.

“[I]f I could tell white Jews one thing, it’s this: Ask yourself what you would do if you found antisemitic graffiti at your shul, or if you felt afraid,” wrote Carin Mrotz, who leads Jewish Community Action, an organization that promotes racial and economic justice in Minnesota.

Mrotz continued: “Who would you call? If your first impulse, if your reflexes say ‘police,’ I want you to spend some time thinking about that, how the very thing you might instinctively seek out to feel safer has the potential to cause fatal injury to someone else. And grapple with that.”