Benny Gantz agrees to meet with Trump, but separately from Netanyahu 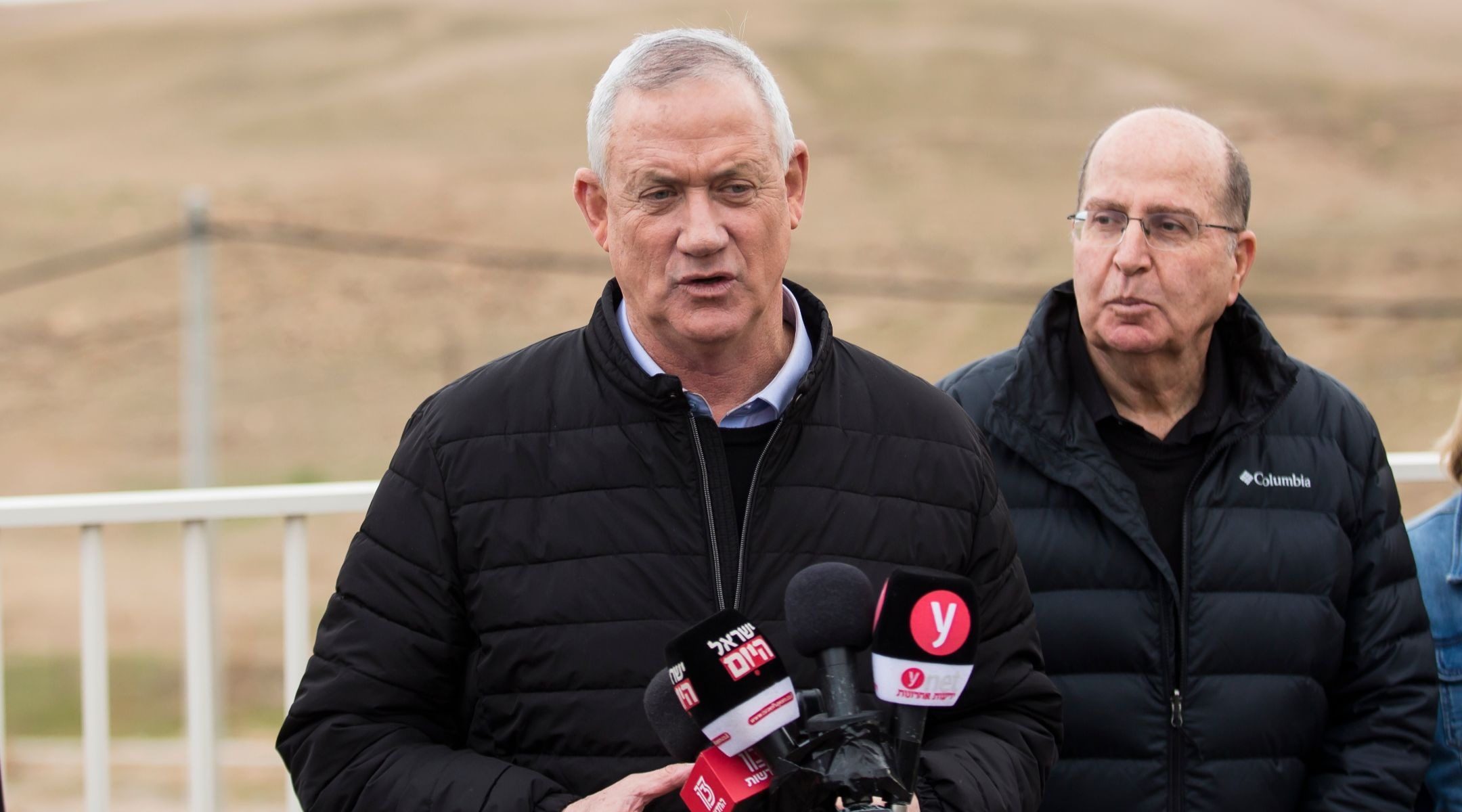 WASHINGTON (JTA) — Benny Gantz, the leader of Israel’s opposition Blue and White Party, has agreed to meet with President Donald Trump to discuss his Israeli-Palestinian peace plan, but will do so separately from Israeli Prime Minister Benjamin Netanyahu.

Gantz’s party said he will meet Trump on Monday and will be back in time for the first vote on Tuesday in a process in which the Knesset will decide whether Netanyahu as prime minister is immune from corruption charges.

Vice President Mike Pence on Thursday invited Netanyahu and Gantz to meet Trump on Tuesday, and Trump later confirmed that his long-awaited peace plan would be a topic of discussion, and might be released before the meeting.

Netanyahu immediately accepted, but Gantz delayed his response, reportedly because he suspected that Trump was releasing the plan to boost Netanyahu’s electoral chances ahead of March 2 elections, and as a distraction from the corruption charges.

Gantz’s compromise solution allows him to treat Trump’s peace plan seriously while maintaining pressure on Netanyahu to go to trial on the corruption charges.

On Saturday, Gantz spoke in English and in Hebrew to praise Trump and his unseen peace plan. He said he had held “many” meetings in recent months to discuss the plan with Trump’s advisors, including U.S. Ambassador to Israel David Friedman.

“The content of our conversations, just like the details of the plan, will remain secret for now,” he said. “I can, however, tell you that the ‘Peace Plan’, devised by President Trump, will go down in history as a meaningful landmark, mapping the way for different players in the Middle East to finally move ahead towards a historic regional agreement.”

Netanyahu will meet Trump as planned on Tuesday. Kan, the Israeli public broadcaster, cited sources close to Netanyahu who said the prime minister also would meet Trump on Monday.