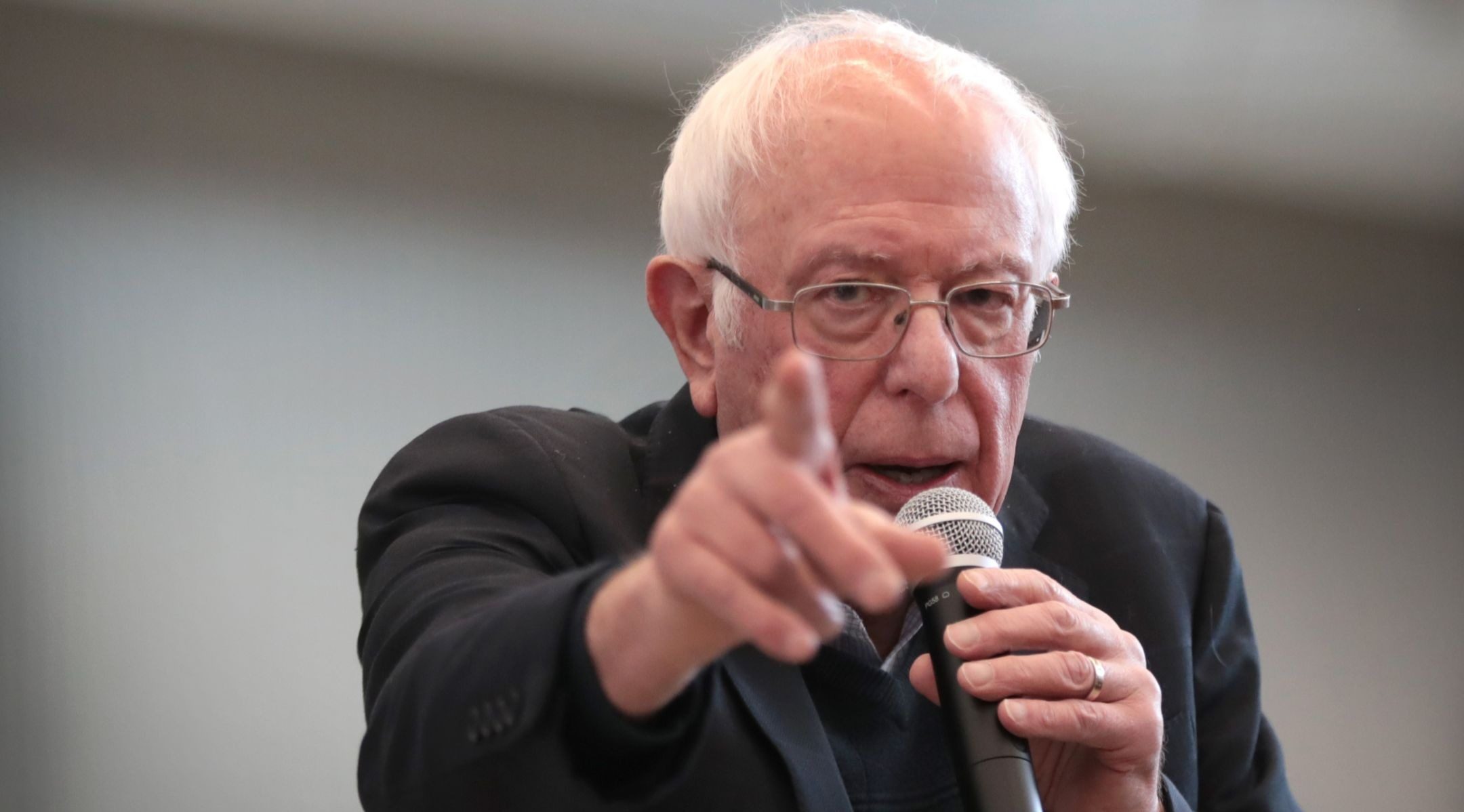 (JTA) — Democratic presidential candidate Bernie Sanders has released a new campaign video in which he says he is “very proud to be Jewish” and that he looks forward to “becoming the first Jewish president in the history of this country.”

The two minute and 40 second video also blames President Trump for a rise in anti-Semitic incidents and for empowering neo-Nazis in the U.S. It includes footage of Trump trafficking in what critics say were anti-Semitic tropes, including when he told attendees at a Republican Jewish Coalition gathering that “you aren’t going to support me because I don’t want your money” and his statement that Jews who vote for Democrats are “disloyal.”

Trump supporters dismiss such assertions, citing his support for Israel, condemnation of anti-Semitism on the left and the fact that his daughter, son-in-law and grandchildren are Jewish. Meanwhile, Sanders himself has been targeted by at least one pro-Israel Democratic political action committee that claims the senator has not done enough to disassociate from antisemitic comments made by people involved in his campaign.

It is Sanders’ second campaign video focusing on Jewishness.

During his 2016 run for the Democratic nomination, Sanders was at first reluctant to mention his Jewish heritage, although he was the first Jewish major-party candidate to win ever nominating contests.

This election cycle, he has emphasized his Jewishness.

I'm very proud to be Jewish and I look forward to becoming the first Jewish president in the history of this country. pic.twitter.com/UOPvEomHNE