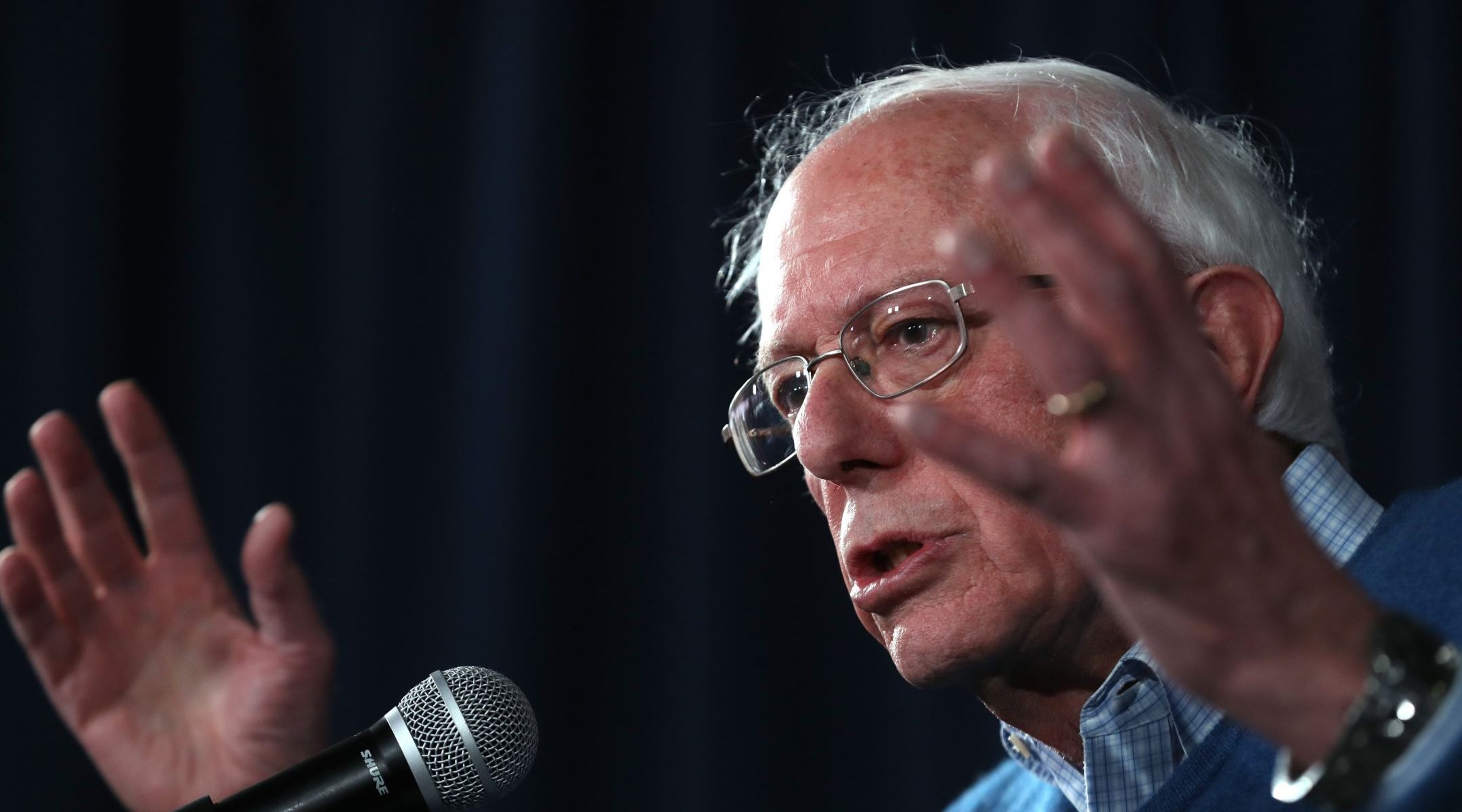 The Democratic Majority for Israel's ads targeting Bernie Sanders are running in Nevada ahead of its Feb. 22 caucuses. (Justin Sullivan/Getty Images)
Advertisement

(JTA) — A political action committee that is running ads against Bernie Sanders is taking heat from J Street and an online news website that backs Democratic Party progressives.

The Democratic Majority for Israel, a year-old group, ran a six-figure ad campaign in Iowa last month that questioned Sanders’ health and his ability to defeat President Donald Trump in November, The Associated Press reported. The ads are now running in Nevada ahead of its Feb. 22 caucuses.

J Street, the liberal Jewish Middle East policy group, called on the group to remove the anti-Sanders ads in Nevada.

“DMFI in reality represents a minority of pro-Israel Democrats who seem more concerned with targeting progressives over Israel policy than with confronting the destructive agenda of Donald Trump,” J Street president Jeremy Ben-Ami said in a statement.

The Democratic Majority for Israel was formed in January 2019 to counter a drift away from Israel by party progressives. Its founder is Mark Mellman, a longtime party strategist.

The American Israel Public Affairs Committee has distanced itself from the group, according to AP, after The Intercept, a left-leaning website, reported that AIPAC was giving its donors benefits for contributing to the Democratic Majority.

Mellman defended his organization in a statement, calling it “independent of any other organization,” and saying it is “explicitly committed to advancing the interests of the Democratic party and to defeating Donald Trump.”

“We have been crystal clear that we also have problems with Senator Sanders’s views on Israel and his refusal to disassociate himself from antisemitic statements made by individuals he appointed to official positions in his campaign,” he said.