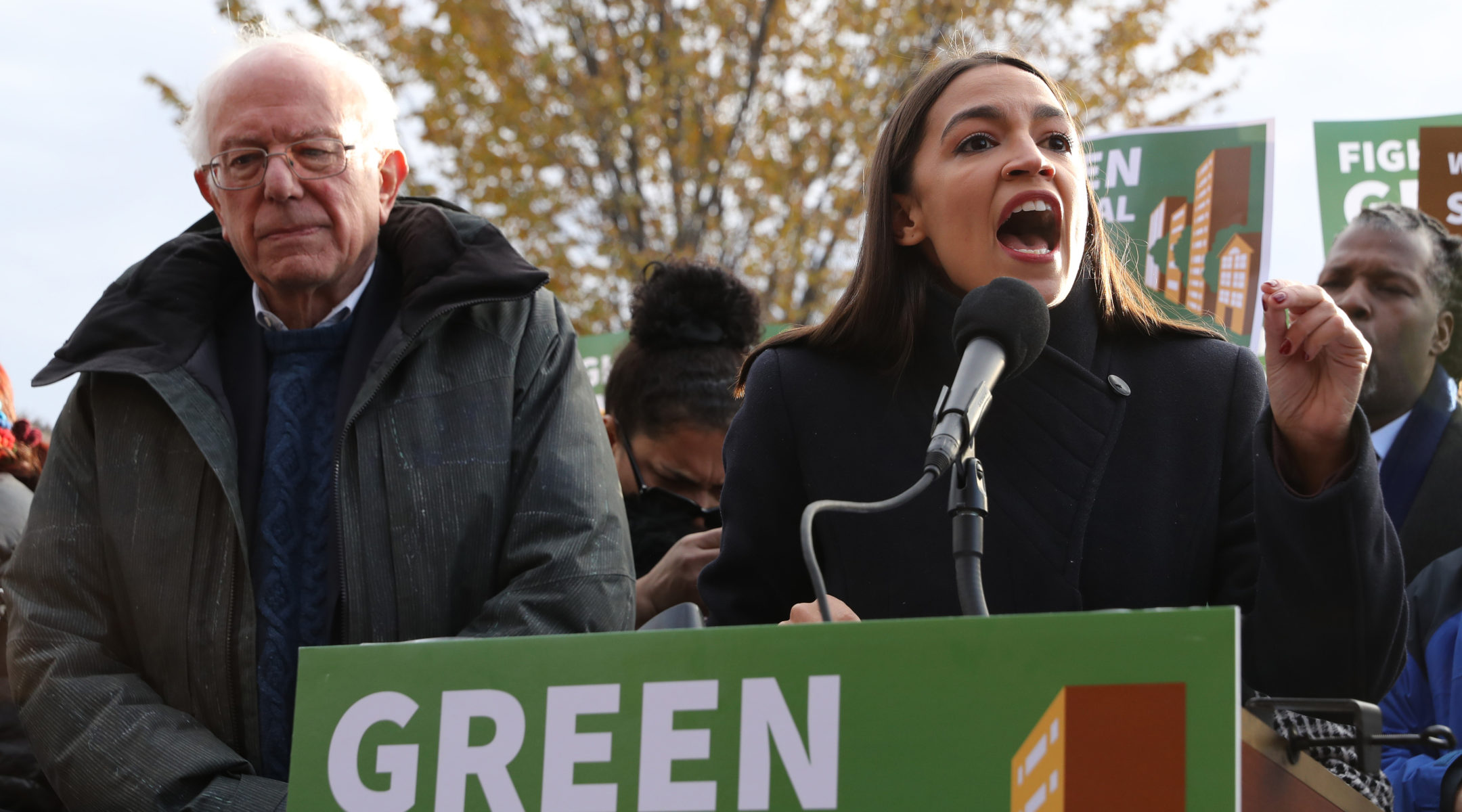 (JTA) — Democratic presidential candidate Bernie Sanders said that if he is elected, he would give a “very, very important role” in White House to Rep. Alexandria Ocasio-Cortez (D-NY).

Sanders, a senator from Vermont, said this in a joint interview with Ocasio-Cortez last week to ABC News, adding that the Bronx-Queens freshman congresswoman has ideas that “are resonating all over this country,” and: “If I am in the White House, she will play a very, very important role. No question.”

“I don’t want you to hear this, because your head will explode,” Sanders said in jest to Ocasio-Cortez, before adding, “I don’t know of any person … who has had more of an impact on American politics as a freshman member of Congress than she has.”

Polls from the previous two weeks have Sanders, who is Jewish, in second or third place, trailing Joe Biden and, in most polls, also Elizabeth Warren. Ocasio-Cortez is not running and has endorsed Sanders.

Ocasio-Cortez has drawn considerable admiration and criticism for her recent insistence on calling migrant detention centers at the U.S.-Mexico border “concentration camps.”

She has been critical of Israel for its treatment of Palestinians and its prime minister, Benjamin Netanyahu.

Sanders has also criticized Israel and last month suggested that some of the money Israel receives from the United States for defense assistance should go to humanitarian relief in the Gaza Strip.

Israel uses the money to buy systems and materials for its military and defense from the United States.