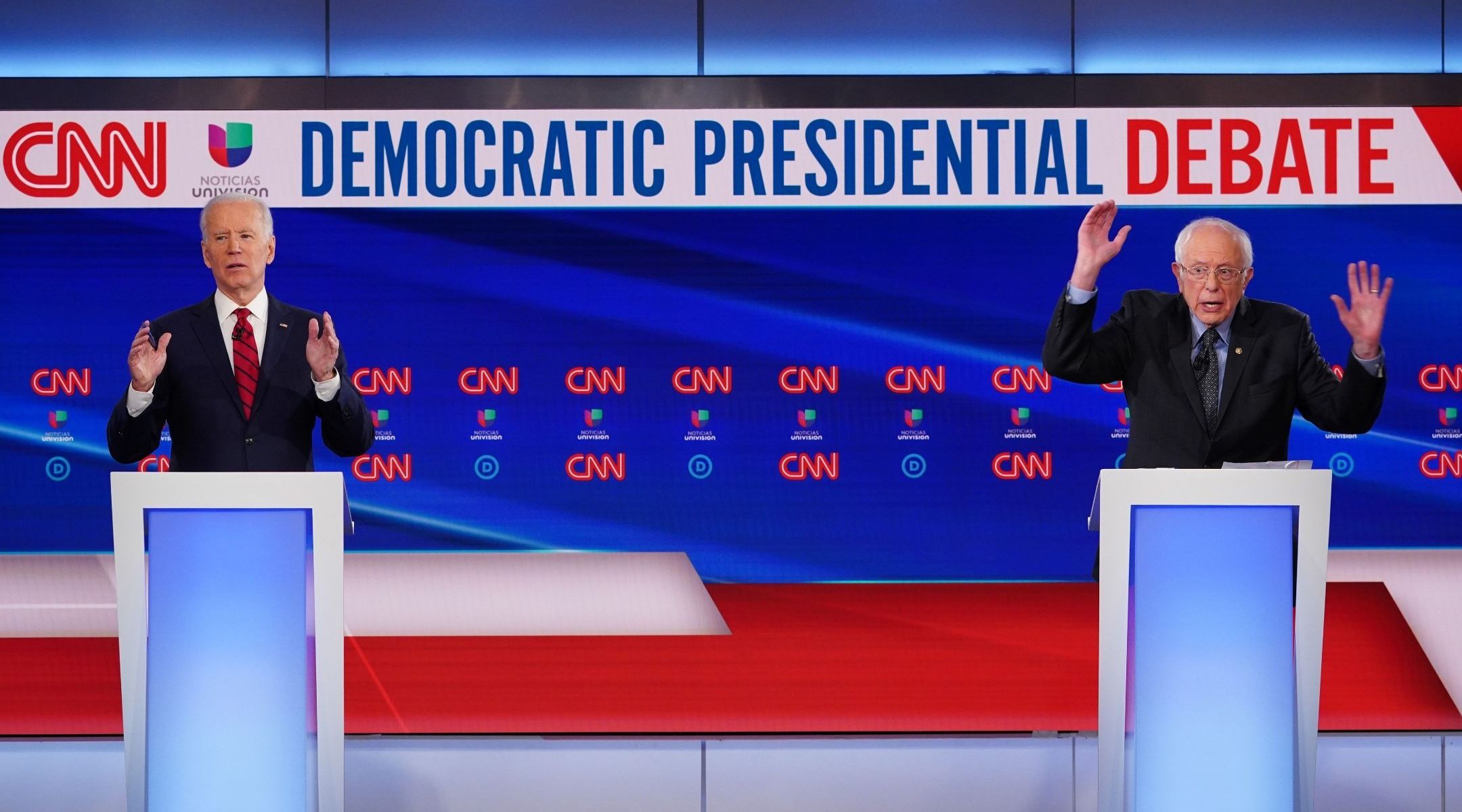 WASHINGTON (JTA) — Joe Biden won the Democratic presidential primary in Florida, a state where Jewish turnout can make the difference in the general election, by a large margin on Tuesday.

Major media outlets called the election as soon as polls closed at 8 p.m. With most of the vote counted, the former vice president was leading Vermont Sen. Bernie Sanders 61.7 percent to 22.9 percent.

Florida’s substantial Jewish population can make the difference in a state where statewide elections over the last 20 years have been decided by differences of just thousands or even hundreds of votes.

Biden also won the primaries in Illinois and Arizona, increasing his large delegate lead over Sanders, who did not comment on the results on Tuesday.