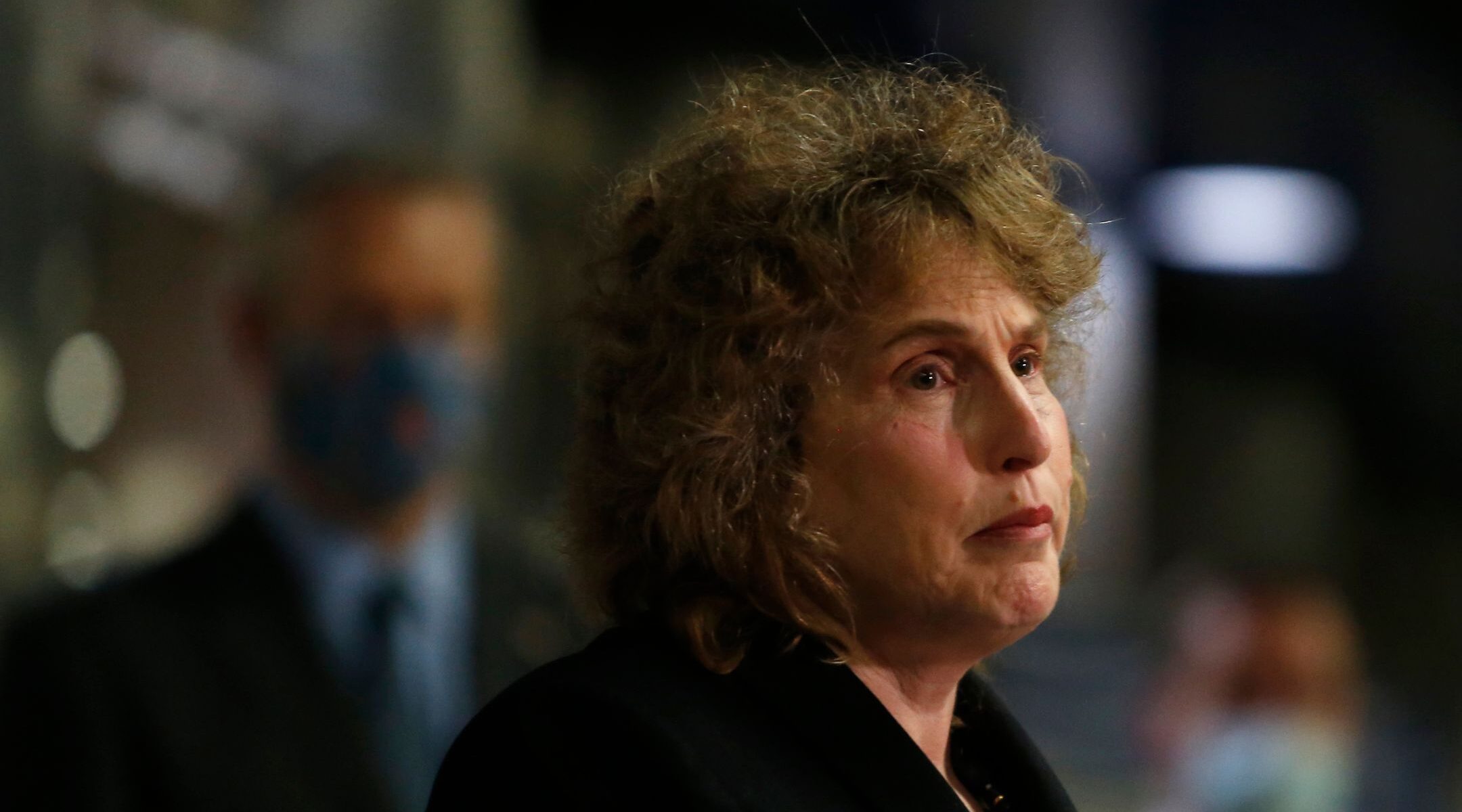 Massachusetts Secretary of Transportation Stephanie Pollack speaks to reporters after touring improvements being made to the MBTA's Blue Line in Boston on May 27, 2020. (Jessica Rinaldi/The Boston Globe via Getty Images)
Advertisement

Boston media reported on Thursday her appointment as deputy administrator of the Federal Highway Administration, which will take place next week.

Pollack, a progressive Democrat, has worked closely with Republican Gov. Charlie Baker to turn around the state’s notoriously plagued roads system. He praised her on her way out, telling the Boston Herald, “She has provided MassDOT with stability and leadership through the last six years, serving longer than her three predecessors combined.”

Pollard and Baker appeared in 2016 in a video as the Blues Brothers, on a mission to save the T, Boston’s mass transit system. In an interview a year later about her closeness to Barker, she described being an Orthodox Jew in public life.

“Except in the case of emergency situations, I do not make phone calls or send emails on the Sabbath and other Jewish holidays,” she told Commonwealth Magazine at the time. “For me, Sabbath is an electronic timeout that gives me time to think about something other than transportation.”