Biden says he will reenter Iran deal without new conditions, then negotiate for a new agreement 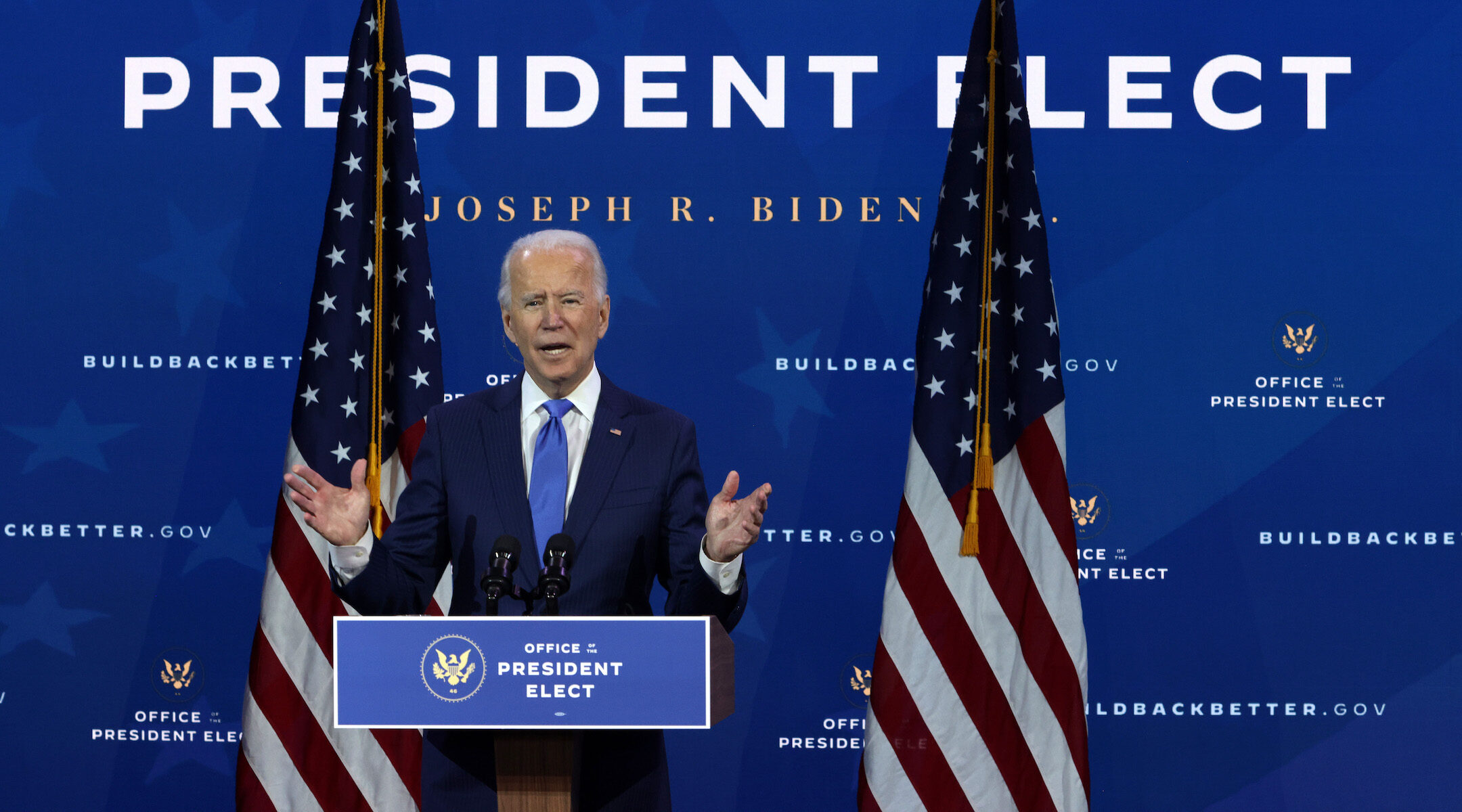 (JTA) — President-elect Joe Biden established a sequence for how he plans to deal with Iran, and it starts with reentering the 2015 nuclear deal without conditions.

Biden’s comments in an interview posted Wednesday by New York Times columnist Tom Friedman were the most detailed account of his plans for reentering the pact, which traded sanctions relief for Iran’s rollback of its nuclear program. President Donald Trump removed the United States from the agreement in 2018.

Among Trump’s complaints about the deal were that it “sunsetted” restrictions on uranium enrichment and failed to deal with ancillary issues, including Iran’s missile program and its adventurism in the region. Biden has said those issues should be on the table in talks with Iran, but in his interview with Friedman, he said it was critical to return to the deal as a means of stemming Iran’s nuclear program.

“Look, there’s a lot of talk about precision missiles and all range of other things that are destabilizing the region,” Biden said. But “the best way to achieve getting some stability in the region” is to deal “with the nuclear program.”

Trump has introduced crushing sanctions since leaving the deal that have severely affected Iran’s economy, but that hasn’t kept the regime from ramping up its nuclear development, which Iranian officials say they are allowed to do because of Trump’s departure from the deal. Iranian leaders have said they are ready to return to the terms of the original agreement, including inspections, should Biden bring the U.S. back on board.

After reentering the deal, Biden told Friedman, the United States, “in consultation with our allies and partners, we’re going to engage in negotiations and follow-on agreements to tighten and lengthen Iran’s nuclear constraints, as well as address the missile program.”

The incoming president said the United States could restore sanctions under the terms of the deal should Iran resist further negotiations.