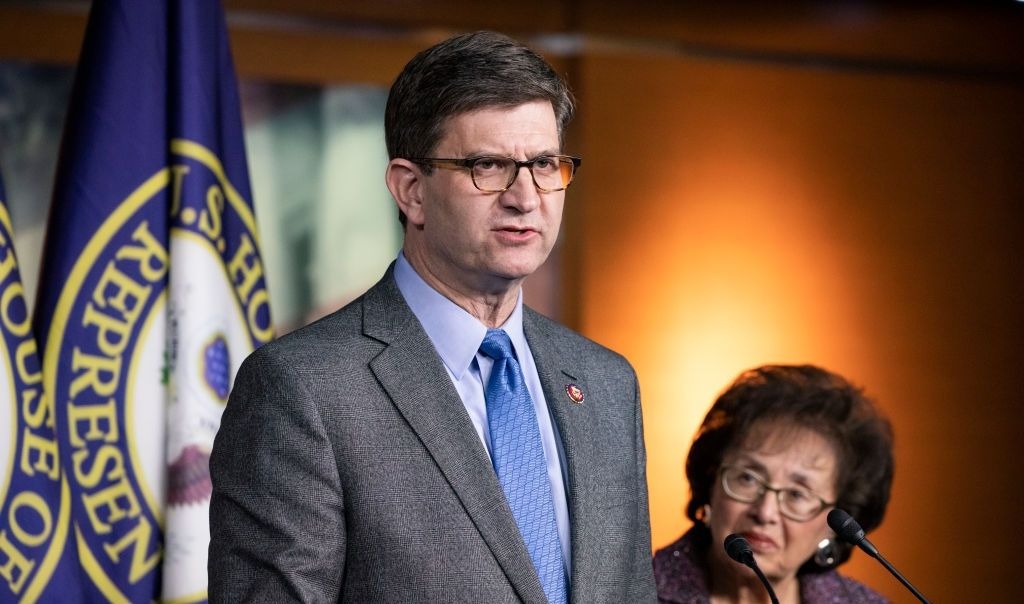 Rep. Brad Schneider speaks about his experiences during a trip to Israel and Auschwitz-Birkenau as part of a bipartisan delegation from the House of Representatives while Representative Nita Lowey (D-NY) listens in Washington DC on January 28, 2020 .(Samuel Corum/Getty Images)
Advertisement

WASHINGTON (JTA) — A bipartisan bill introduced in the House of Representatives would enhance protections for Israel’s qualitative military edge to include an Israeli say on U.S. arms sales to the Middle East.

The bill “would require the President to consult with the Israeli government to ensure [qualitative military edge] concerns are settled” when it comes to arms sales to Middle Eastern countries, said the news release Friday announcing its introduction the previous day. The release came from the office of the bill’s lead sponsor, Rep. Brad Schneider, D-Ill.

Existing law already guarantees Israel a qualitative military edge in the Middle East, but Congress — not Israel — is the arbiter of whether an arms sale meets QME standards.

Most of the sponsors are Democrats, including a number of Jewish lawmakers, among them Schneider, Elaine Luria of Virginia, Max Rose of New York, Josh Gottheimer of New Jersey, and Ted Deutch and Debbie Wasserman Schultz of Florida.

Jewish Democrats expressed alarm after it was revealed that, parallel with the U.S.-brokered normalization deal between Israel and the United Arab Emirates, the Trump administration was negotiating the sale of state-of-the-art F-35 stealth combat jets to the UAE. Israel opposes the sale.