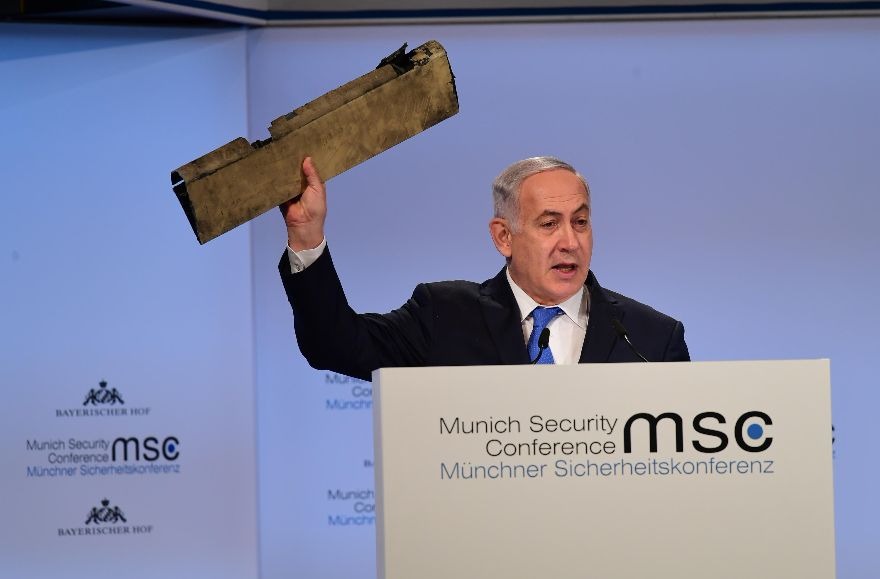 Israeli Prime Minister Netanyahu waves a piece of an Iranian drone shot down over northern Israel during an address to the Munich Security Conference, Feb. 18, 2018. (Amos Ben-Gershom/GPO)
Advertisement

(JTA) — Bipartisan legislation to increase cooperation between the United States and Israel to develop technology to counter “killer drones” was introduced in the House of Representatives.

“As we’ve seen this week, with Palestinian Islamic Jihad’s barrage of rockets from Gaza towards innocent civilians in Israel, our ally continues to face a barrage of terrorist attacks,” Gottheimer said in the statement. “This bipartisan legislation will authorize new projects to improve our ability to detect, jam, and disrupt unmanned aerial systems designed to hit a target, blow up on impact, and kill Americans and our allies. This bipartisan effort is vitally important to Israel’s security, our security, and America’s interests in the region. It’s key to our fight against terror.”

In August, Israeli forces struck the Iranian Revolutionary Guard Corps Quds Force and Iranian-backed militia facilities to thwart a planned drone attack on Israel, according to the legislation. The measure also noted that in February 2018, Iran launched an armed drone from Syria into Israeli airspace, which Israeli warplanes destroyed; and on Sept. 19, 2017, Israeli forces destroyed an Iran-supplied Hezbollah unmanned aerial system over Syria.