Cory Booker says he feels no need to meet with Farrakhan, but does not rule it out 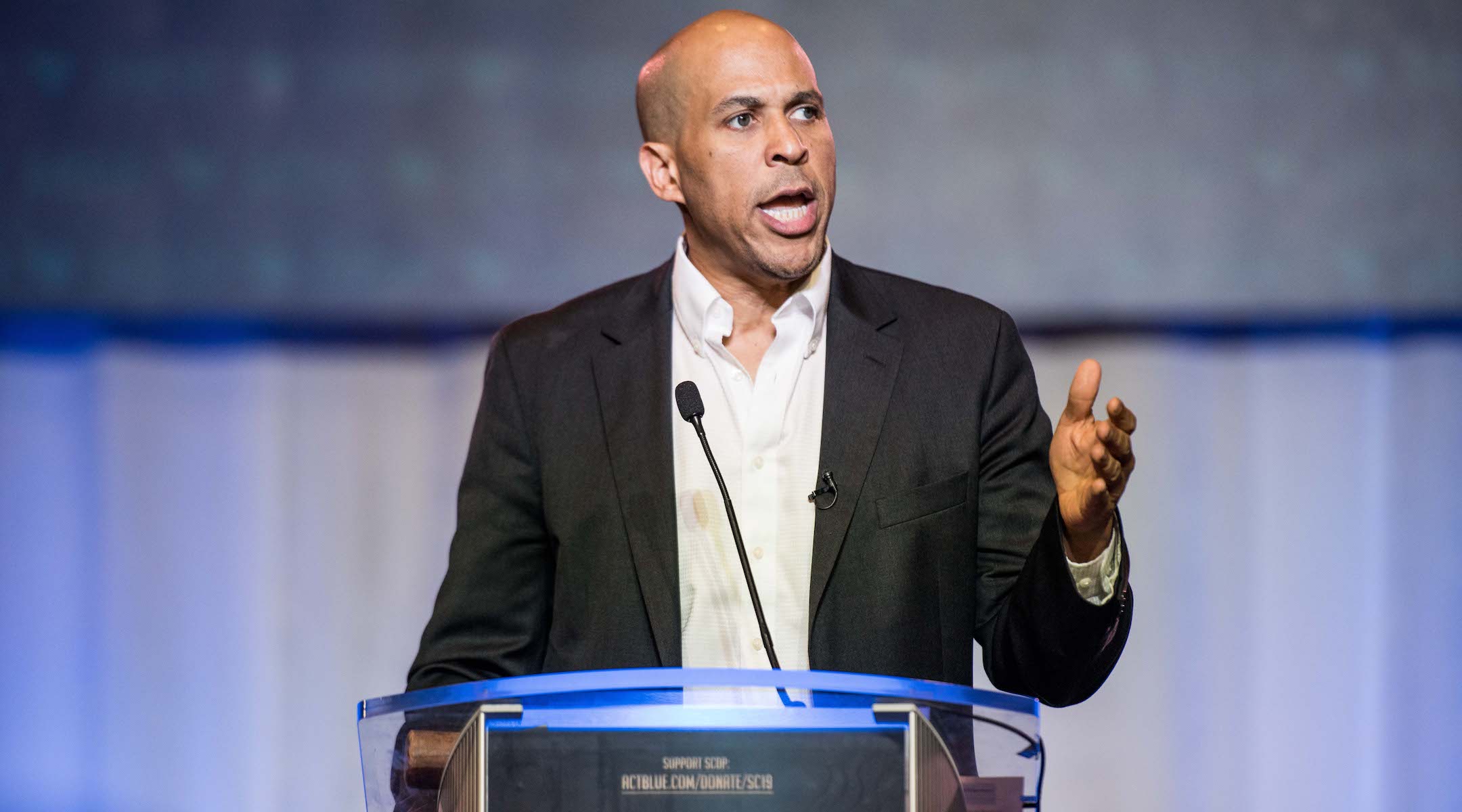 (JTA) — Sen. Cory Booker, D-N.J., a candidate for the 2020 Democratic presidential nomination, said that he does not currently feel the need to meet with Nation of Islam leader Louis Farrakhan, a notorious anti-Semite. The candidate did not rule out such a meeting.

“I have met – I live in Newark so we have famous Mosque 25, we have Nation of Islam there,” Booker said Saturday at a faith breakfast campaign event in South Carolina. “As mayor I met with lots of folks talking to him. I have heard Minister Farrakhan’s speeches for a lot of my life, so I don’t feel like I need to do that, but I’m not one of these people that says I wouldn’t sit down with anybody to hear what they have to say.”

He was responding to a question from an audience member about whether he would avoid Farrakhan over his anti-Semitism.

In recent months Farrakhan has called Jews “satanic” and compared them to “termites.” He has accused Jews of controlling the government and Hollywood, and has called Hitler a “great man.”

“Vice President Biden’s relationships with proud segregationists are not the model for how we make America a safer and more inclusive place for black people, and for everyone,” Booker said following the remarks.

Farrakhan expressed support for Barack Obama’s candidacy in 2008, and Obama’s pastor at the time, the Rev. Jeremiah Wright, had praised Farrakhan on multiple occasions. That made Farrakhan an issue during the primaries campaign that year. Obama repudiated Farrakhan during a primary debate.