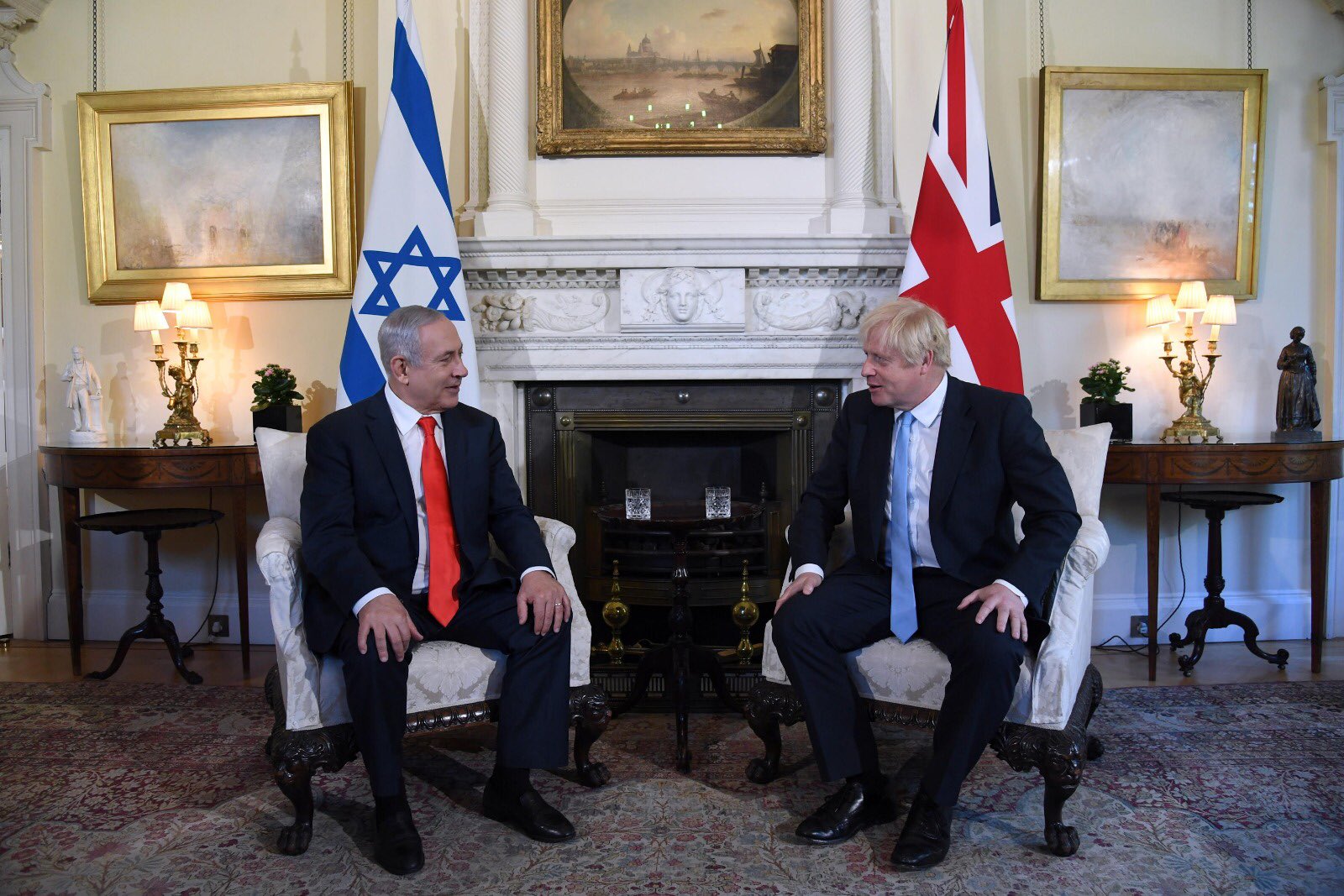 JERUSALEM (JTA) — British Prime Minister Boris Johnson reiterated his country’s support for a two-state solution to the conflict between Israel and the Palestinians during an abbreviated meeting with his Israeli counterpart.

Speaking Wednesday with Benjamin Netanyahu at 10 Downing St., Johnson said that “the UK is still supporting all efforts to reach a solution to the Middle East peace process and a two-state solution.”

Netanyahu recently promised to extend Israeli sovereignty over West Bank settlements, a move that would prevent the implementation of such a solution.

During the meeting, which lasted a half hour, Netanyahu brought up Iranian belligerence and said he would like to discuss ways in which Jerusalem and London could cooperate to oppose Tehran’s activities in the region.

“I want to say that you’ve been a great friend of the Jewish people and Israel,” Netanyahu said. “I applaud your staunch stance against anti-Semitism and your support for Israel’s security. Our relations are at an all-time high: economically, trade, technology, defense cooperation. These are all great things.

“It’s not that we lack challenges. We have the challenge of Iran’s aggression and terrorism, and I’d like to talk to you about how we can work together to counter these things for the benefit of peace. And I want to thank you for this opportunity to do so.”