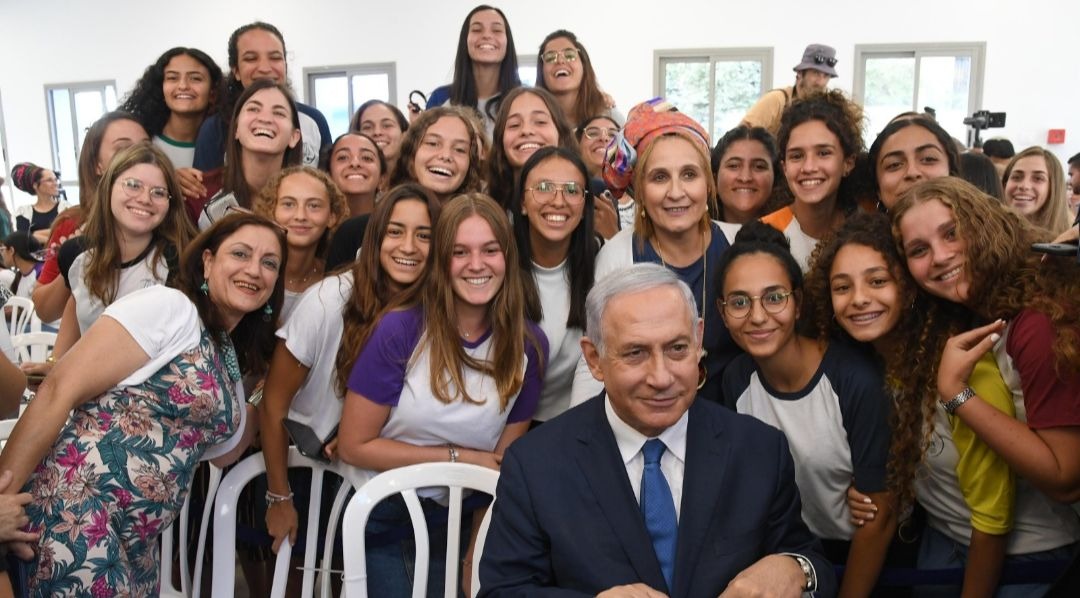 He made the remarks Sunday to the new first graders on the first day of school at a national religious school in the Jewish settlement of Elkana, located in the northern West Bank.

Gush Katif refers to the evacuation in 2005 of 21 Jewish settlements in the Gaza Strip.

September 1 annually is the first day of school throughout the country. The prime minister later visited the ORT Samaria High School for Girls in Elkana.

Prior to elections in April, Netanyahu called for extending Israeli sovereignty over all Israeli settlements and said he would not distinguish between settlement blocs and isolated settlements.

“Netanyahu is a serial criminal: he steals from the public to give money to his tycoon friends, and he pushes the State of Israel to commit a war crime of annexation that will cause the death of countless Palestinians and Israelis,” Ayman Odeh, leader of the Arab Joint List party, said in a statement that he also tweeted. “His legacy will be a trail of indictments and promises to settlers he hadn’t managed to fulfill.”