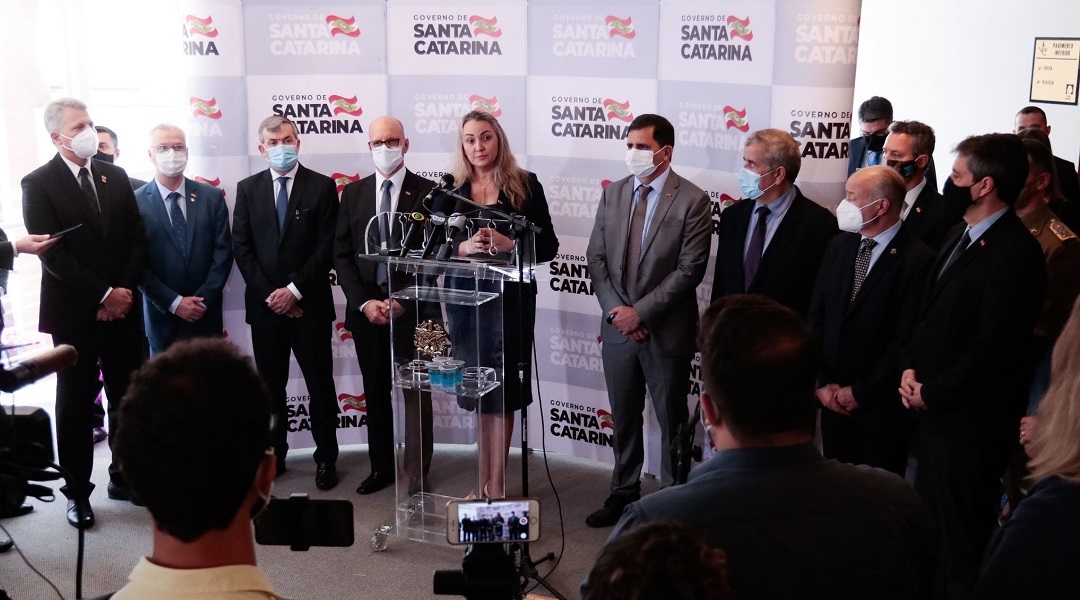 RIO DE JANEIRO (JTA) — The new governor of a Brazilian state was forced to condemn her father, who has praised Hitler and other Nazis, but Jewish groups say her repudiation was not forceful enough.

At a press conference last Tuesday, Daniela Reinehr, the new governor of the Santa Catarina state in southern Brazil, was asked about her father Altair, who has written texts that relativize Nazi atrocities during World War II and once said “it is not even allowed to remember Hitler’s positive works” in the caption to a photograph of himself in front of the house where Hitler was born in Austria.

“Your father, as a history teacher, preached in the classroom Holocaust denial, including using books by a publishing house that was condemned for telling lies about World War II,” Intercept Brasil’s Fabio Bispo said. “We want to know if you corroborate these neo-Nazi and denialist ideas about the Holocaust.”

Reinehr gave a long answer without taking a position on Nazism.

“I cannot be judged by what anyone else thinks. I respect individual rights and freedoms. I repudiate any regime that goes against what I believe,” she said.

“I am against Nazism, just as I am against any regime, system, conduct or position that goes against individual rights, security guarantees or people’s lives. I am a friend of Israel and the Jews,” she added.

The Brazilian Israelite Confederation, which is Brazil’s umbrella Jewish organization, and the local Santa Catarina Israelite Association released a joint statement on Thursday.

“The governor must vehemently express her disgust at the denial of the tragedy that was the Holocaust. It is important that she demonstrates unequivocally her rejection of the ideas that led to the extermination of 6 million innocent Jews,” the statement read.

Brazil’s Santa Catarina state is home to many German immigrants and their descendants and has been the stage for several neo-Nazi incidents. Last month, a man living in the state with a large swastika on the floor of his pool was kicked out of his political party after trying to run for a local office.