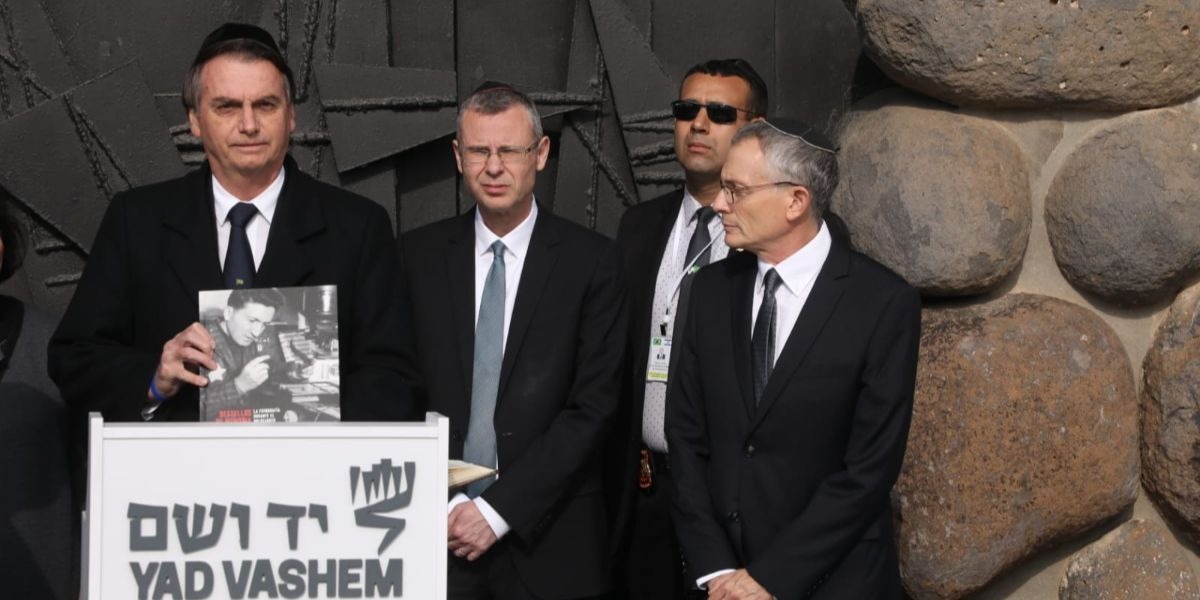 Jair Bolsonaro toured the Jerusalem memorial and museum on Tuesday.

“In this place we do an examination of conscience. He who forgets his past is doomed to not have a future,” the 64-year-old conservative Christian leader said during the visit. “I love Israel,” he said, just as he did upon his arrival Sunday in the Jewish state for a four-day visit.

On Monday, Bolsonaro visited the Western Wall escorted by Israel’s prime minister, Benjamin Netanyahu, a historic break from protocol. The Brazilian president became the first head of state to tour one of Judaism’s most sacred places alongside an Israeli prime minister.

Netanyahu has appeared eager to embrace the new leader of Latin America’s largest economy, despite criticism by Bolsonaro’s opponents at home that the Brazilian president is hostile to black, indigenous and LGBT people as well as the environment and human rights. Ahead of his trip to Israel, Bolsonaro’s foreign minister, Ernesto Araújo, claimed in a blog post that Nazism was a left-wing movement. Yad Vashem’s website says Nazism was a product of “radical right-wing groups in Germany.”