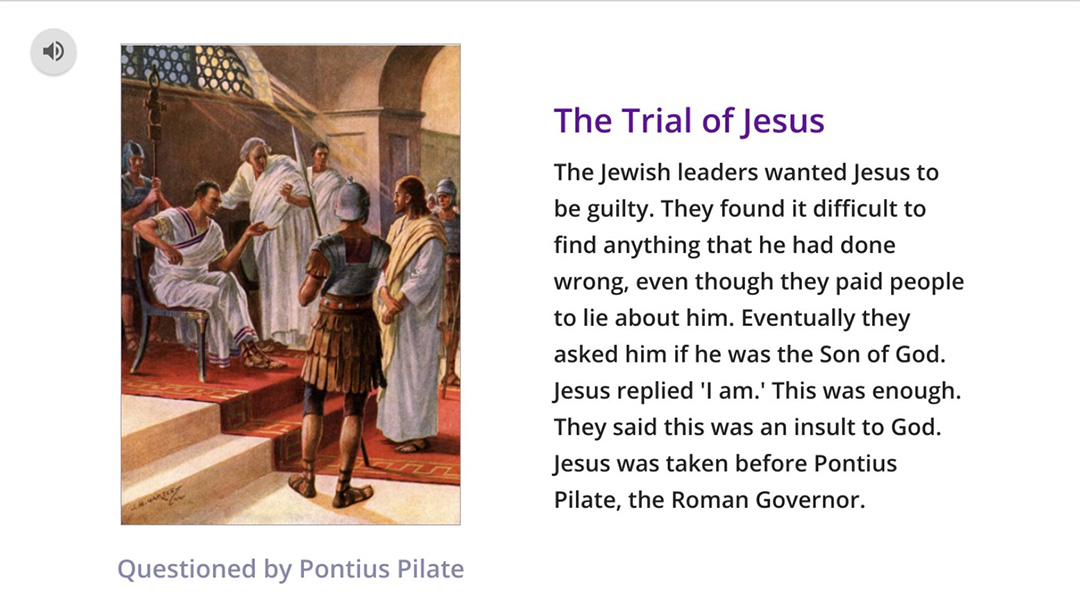 A slide from a homework assignment that blames Jews for Jesus' death. (Joanne Bell via Topmarks/Twitter)
Advertisement

(JTA) — The director of a British educational website has apologized for and pulled offline a homework assignment in which Jews were blamed in the killing of Jesus.

Chris Spolton, who runs the Topmarks site, removed the assignment earlier this week following a complaint by a mother, Joanne Bell. Her 7-year-old son had been instructed by his religious studies teacher at school to complete the assignment before Bell saw it and flagged it on social media, the Daily Mail reported Thursday.

“What harm has it ever done to portray Jews as bloodthirsty and solely responsible for the death of the believed son of G-d, Jesus,” she tweeted sarcastically.

The school whose teacher gave the assignment also apologized to Bell.

The assignment included a slide titled “The Trial of Jesus” saying that “the Jewish leaders wanted Jesus to be guilty” and “paid people to lie about him” and had him taken to Pontius Pilate, the Roman governor, on charges of insulting God. A second slide describes Pilate as bowing to the will of the Jewish masses and their “chief priests, who wanted Jesus to die,” before agreeing to have Jesus crucified.

The Catholic Church in a 1965 document titled Nostra Aetate asserted that “the Jewish authorities and those who followed their lead pressed for the death of Christ” but that this cannot be “charged” against  Jews today or all the Jews who were alive during the Crucifixion.

Spolton made the slides 20 years ago when he was “young and naive,” he wrote to Bell, and “based on books found in the local library.”