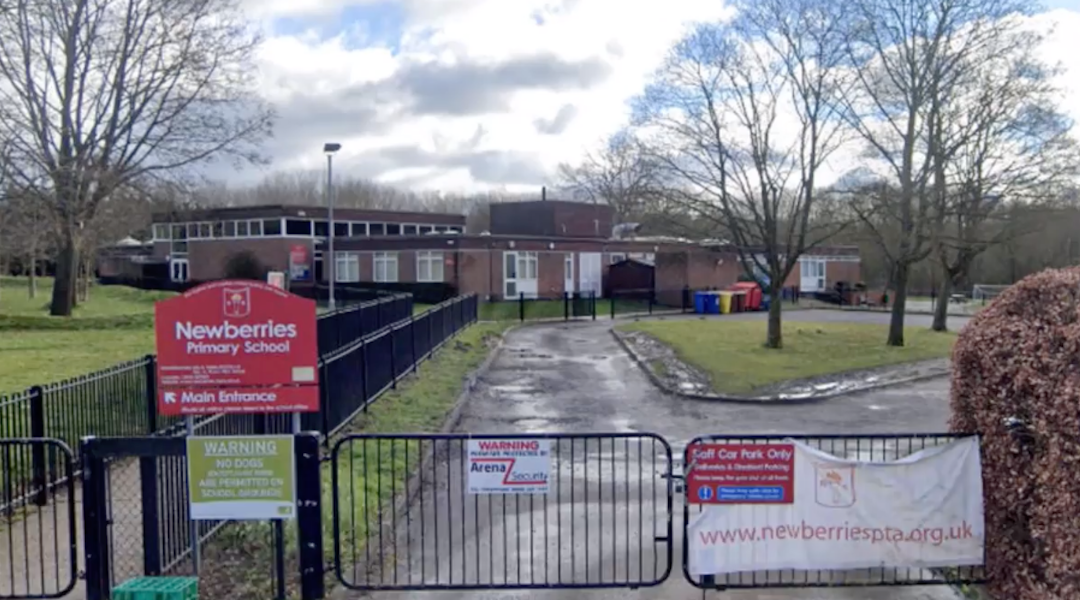 The Newberries Primary School near London. (Screenshot from the Independent)
Advertisement

(JTA) — A British elementary school teacher was fired after telling Jewish students that she would “ship them off to the gas chambers” if they didn’t finish their schoolwork.

The Daily Mail reported Wednesday that the teacher at Newberries Primary School near London allegedly had told her students that she was “joking” and urged them not to tell anyone. But word had spread on the messaging app WhatsApp and the teacher was fired Friday.

According to the paper, 11 students in the class of 28 were Jewish. The teacher, who has not been named, reportedly was an agency worker and had no permanent employment contract at the school.

“We can confirm that last week we were made aware that an alleged racist comment had been made by an agency teacher working within the school,” a school spokesperson said. “We acted on this immediately and our governors and leadership team are undertaking a full investigation. The agency teacher will not be returning.”