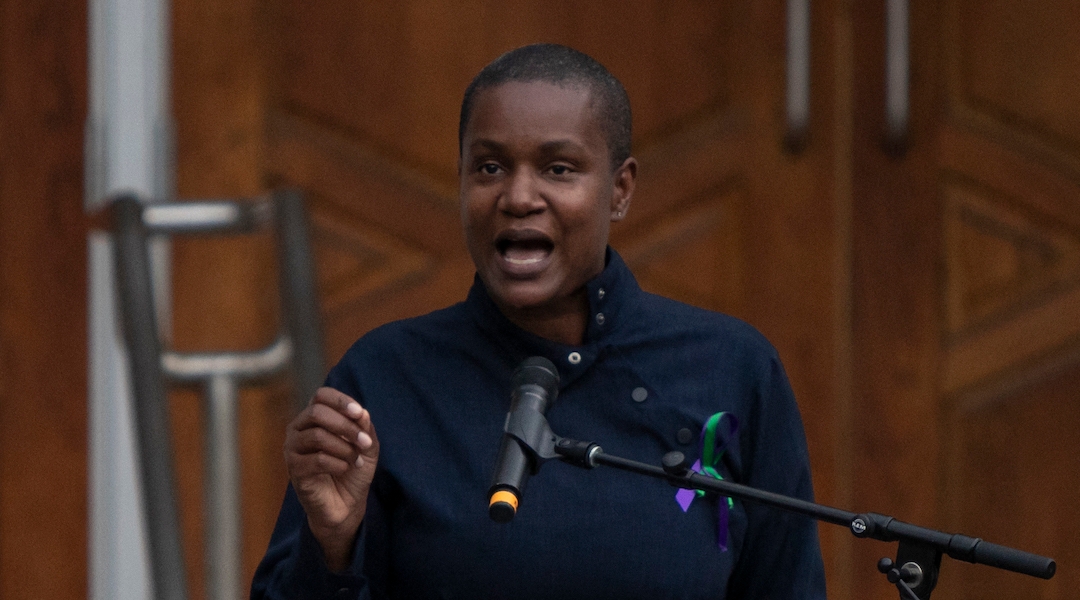 The Green Party is demanding that Annamie Paul, above, disavow a former adviser who accused Canadian politicians of antisemitism. (Courtesy of Paul)
Advertisement

(JTA) — Annamie Paul, the head of Canada’s Green Party, will keep her position after an emergency meeting over tensions within the party without the no-confidence vote that her critics had demanded.

Instead, the party is demanding that Paul, who last year became the first Black and Jewish leader of a Canadian political party, disavow a former adviser who accused Canadian politicians of antisemitism, according to CBC News.

The meeting Tuesday night was spurred by a rift that opened within the party during the recent conflict between Israel and Hamas in Gaza. After Paul issued a statement calling for both sides to cease violence, two party lawmakers said she had not gone far enough to condemn Israel. A senior adviser, Noah Zatzman, criticized that response and accused Canadian lawmakers, including in the Green Party, of antisemitism.

Last week, the party voted not to renew Zatzman’s contract. Now Paul must formally disavow his comments or face a potential no-confidence vote in the future, the CBC is reporting.

The Green Party’s official platform supports a two-state solution and calls on both Israelis and Palestinians to eschew violence against civilians ando pursue peace talks. Paul — who told the Jewish Telegraphic Agency last year that she wanted the party to lead on racial justice, social services and climate change — has not made Middle East policy a focus of her leadership.

Meanwhile, one of the Green Party lawmakers who expressed solidarity with the Palestinians has apologized for her comments after defecting to the Liberal Party, whose Middle East platform is similar to the Greens. Jenica Atwin had accused Israel of “apartheid,” a charge that party leaders say they reject. She said she regretted her choice of words and condemned antisemitism in a statement last week.